After a 26-15 win over the Cowboys on Thanksgiving, the Bills' chances of making the playoffs are now better than 90% percent. 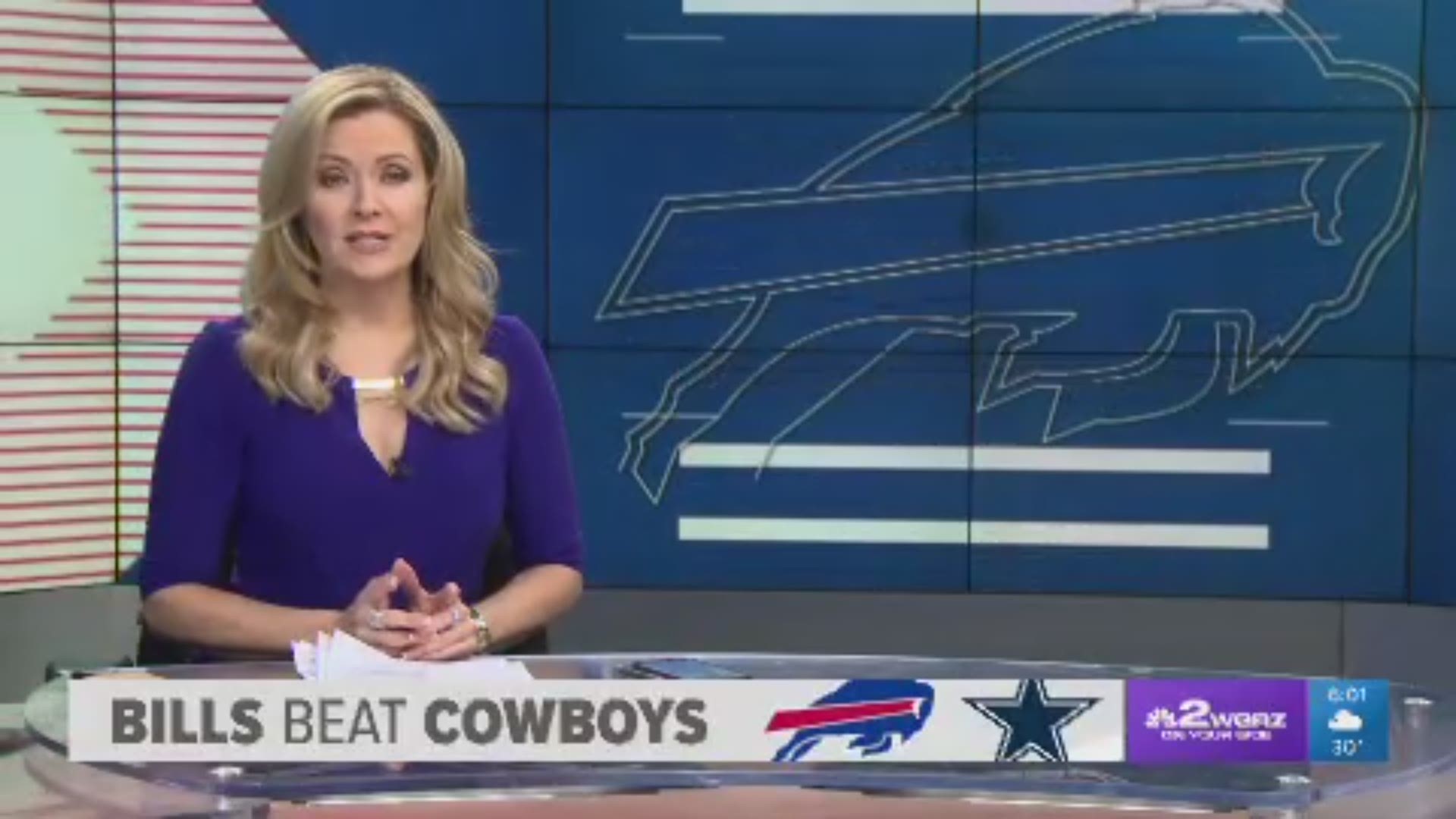 BUFFALO, N.Y. — After a big win in Dallas, one where Josh Allen played like a franchise quarterback and thrived in the national spotlight, the Bills' chances to make the playoffs are better than 90%.

The Bills dominated the Cowboys 26-15 to improve to 9-3 overall, and they're in the driver's seat for the first wild card spot.

ESPN's Football Power Index says the Bills now have a 95% chance of making the postseason after that win in Dallas.

Five Thirty Eight says they have a 94% chance, and the New York Times playoff picture says 93%.

Either way, those are pretty good odds for a team that needed a last-minute touchdown from the Bengals to beat the Ravens to make the postseason.

But this year, fans don't have to scoreboard watch or stress about needing help from other teams. This year, the Bills are getting in all on their own.

If things stayed the way they are right now in the AFC playoff picture, the Bills would go to Kansas City in the wild card round, and we all know what a tough place Arrowhead is to play.

If I were a Bills fan, I'd root for the Chiefs to keep winning and slide up to that number three spot so Buffalo plays the winner of the AFC South, which looks like it's going to be the Texans (currently leading that division) or the Colts who aren't too far behind.

Up next, the Bills host Lamar Jackson and the Baltimore Ravens a week from Sunday then face the Steelers and Patriots on the road then host the Jets in the regular season finale.

While Baltimore is their toughest task yet, given the way they played against the Cowboys and dominating the number one ranked offense in the league, people shouldn't count Buffalo out of any of these last four games including against the Ravens and Patriots.