The win has sparked more national conversation about the Bills, and an enthusiasm about Super Bowl hopes locally. 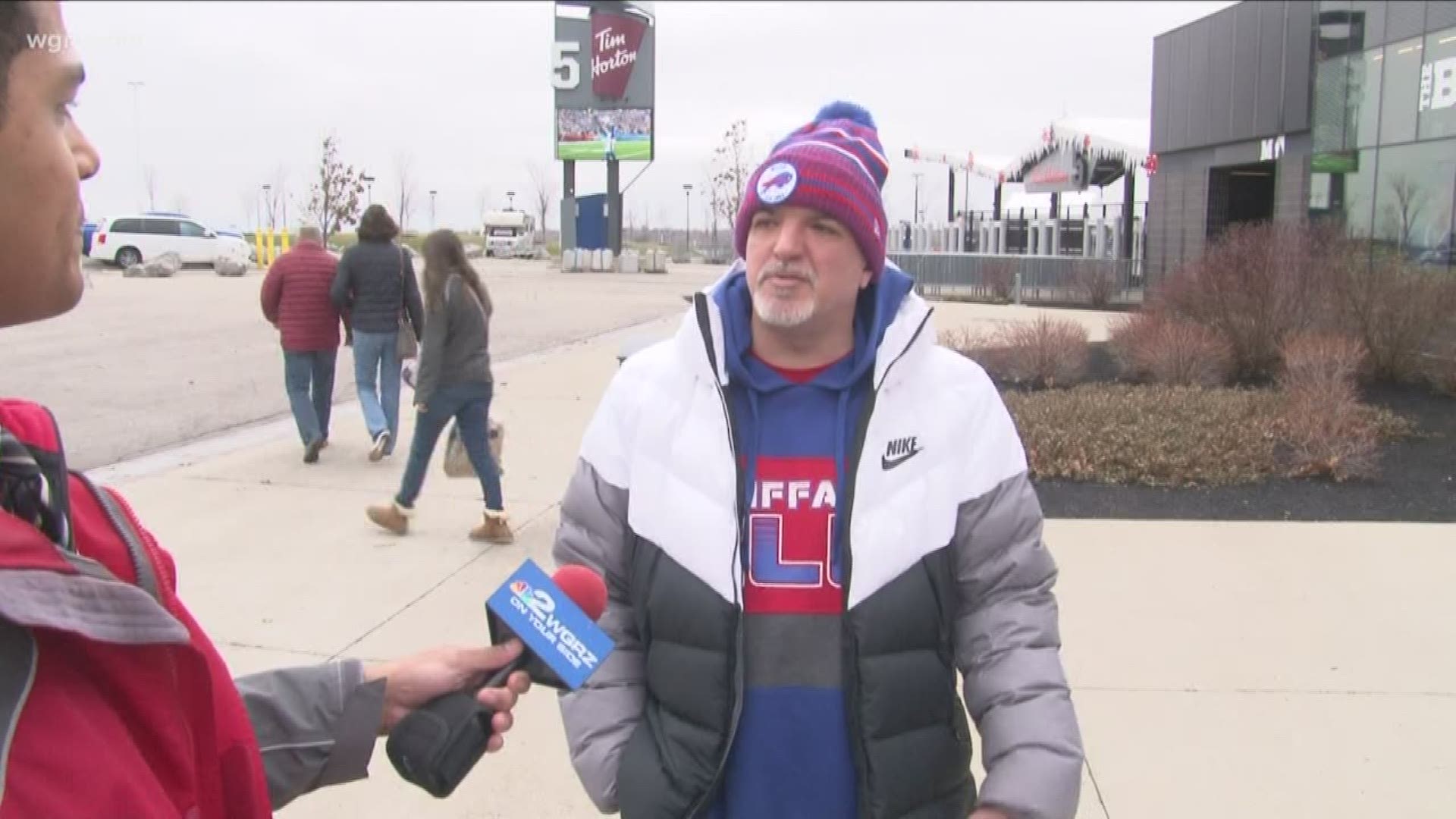 BUFFALO, N.Y. — Thanksgiving dinner tasted a little better than usual this year for Bills fans, as the team went on the road to beat the Dallas Cowboys on national TV on Thursday.

The win brings Buffalo's record to 9-3 on the season, well in control of a wild card playoff spot.

But before we talk about the team's remaining schedule, we wanted to hear from Bills fans.

In the spirit of Josh Allen, we figured we start off in Allentown, to see how Bills fans are feeling?

"I was excited. I knew our defense would've held up to their offense because they got good offense. We got good defense, but defense win championships," Carl Smith of Buffalo said.

At the Bills Store, 2 On Your Side ran into a lot of Western New York natives, back home for the holidays, and wouldn't you know it, they gotta get their Bills gear.

"I think they're great. I think everyone has always underestimated this team, especially Josh Allen. Man, they were all over him, and I'm like, 'Nope, this kid's good, he's got it.' I love what (Bills coach Sean) McDermott's doing. I love what (Bills general manager Brandon) Beane's doing. I love the Pegulas. It's awesome," said Mary Suto, who is from Buffalo and now lives in Nashville.

Added Stacey Podlewski, who is from Western New York and now lives in Washington, D.C.: "I think overall they actually care about each other. I think they show that it's a team game, and they're trying to win it for the team."

What makes fans so excited about this team?

Josh Allen, Sean McDermott's coaching style, and the defense are just some of the attributes we hear.

And with Thanksgiving over, and with a lot of people out getting their Christmas trees, it seems trees are greener and fresher after a Bills win.

"It doesn't feel as cold out here after a win like that," Nik Herale of West Seneca said.

Added Lisa Herale: "We're just ready. I think we're ready for a championship here, playoff run, maybe I'm getting ahead of myself. I'm just excited for the season."

No, go ahead, what would a Bills fan story be without a Super Bowl guarantee.

"I think we gone get to the playoffs and we going all the way Buffalo, Buffalo going to be in Miami," Smith said.

And not to play the Dolphins.