Bills fans greet team at the airport after win

The Bills secured a winning record with their victory over Dallas on Thursday and fans were very thankful. 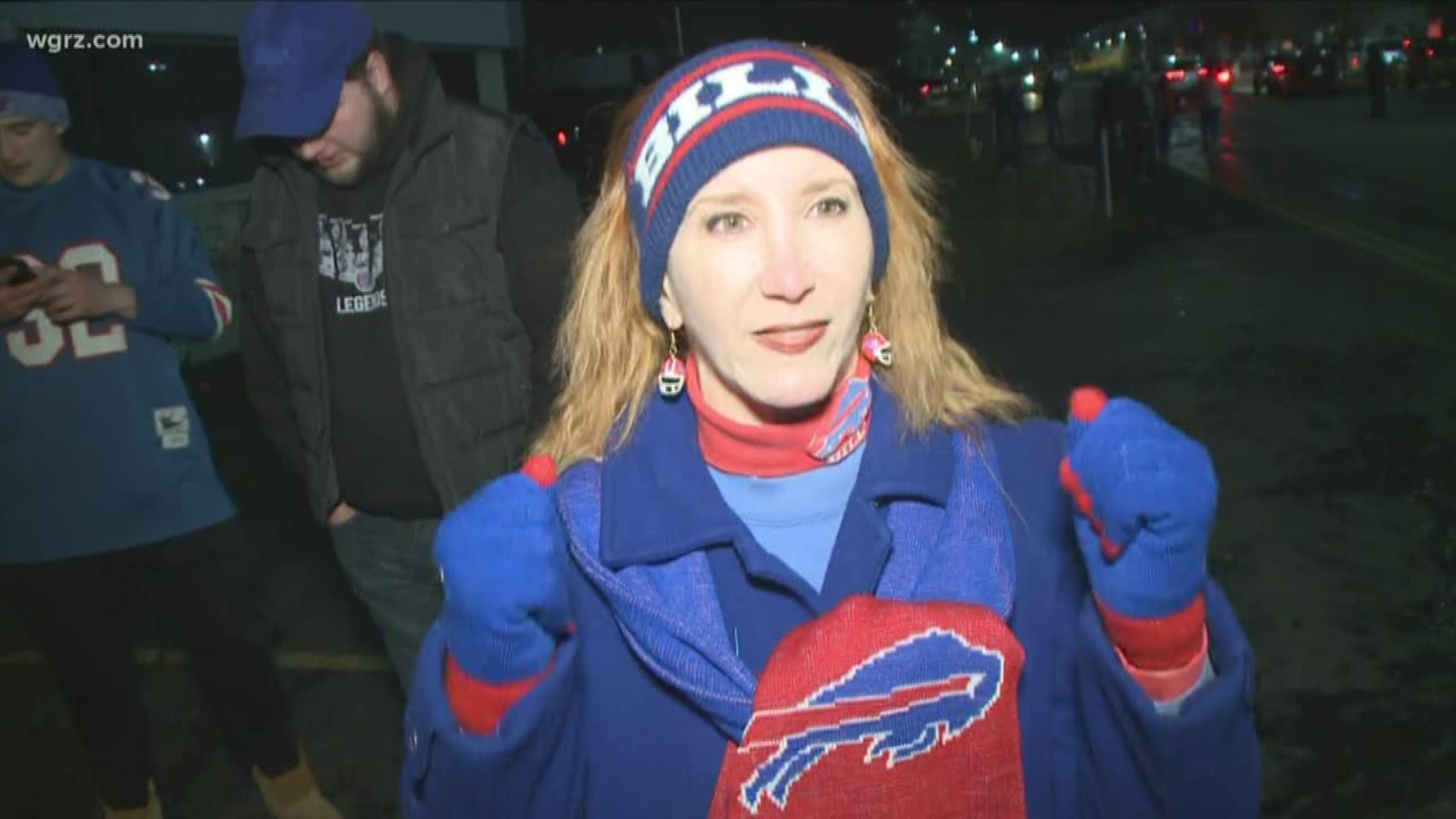 BUFFALO, N.Y. — The Buffalo Bills had their coming out party on a national stage on Thanksgiving night, dominating the Dallas Cowboys 26-15 to move to 9-3 in 2019.

After all the turkey and pumpkin pie was eaten, Bills fans here in Buffalo wanted to show the team how thankful they are for them. Just after 1 a.m., when the team arrived back in Buffalo, they were greeted by hundreds of supporters who made the trek to the airport to cheer for the team as they got off the plane.

With the win over Dallas, the team secured a winning record for only the fourth time since 2000.