According to a poll commissioned by Siena College, Hochul is viewed favorably by 42% of voters. 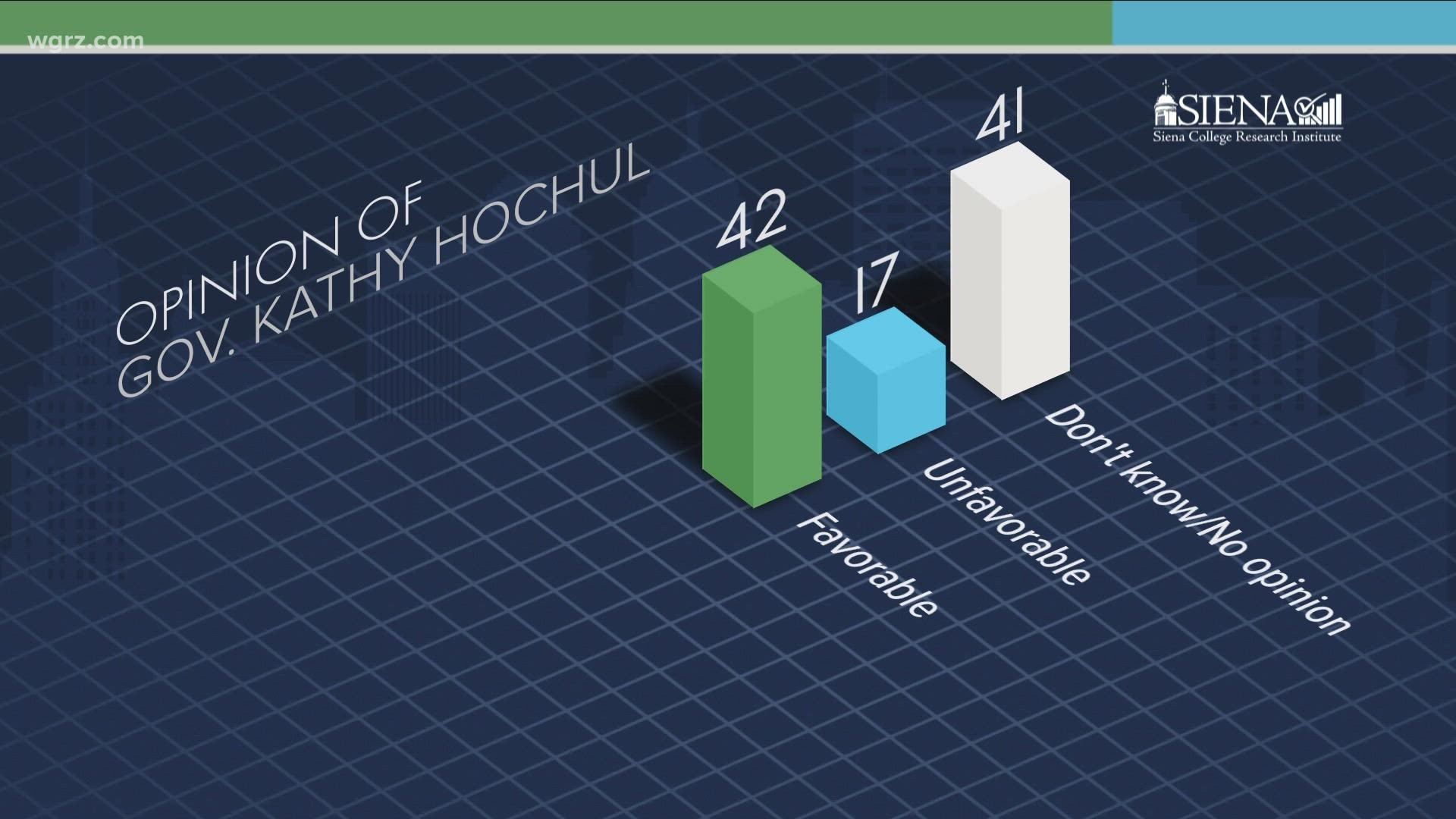 LOUDONVILLE, N.Y. — After only a few weeks in office, New York Gov. Kathy Hochul's favorability and job performance ratings are in.

The governor is viewed unfavorably by 17% of voters.

Hochul is the first female governor of New York State. She took on the position after Andrew Cuomo resigned following multiple reports of harassment, which led to an investigation and report from the state attorney general that found he sexually harassed 11 women.

According to the poll, 74 percent of voters say it's exciting having a female governor and 52 percent believe that Hochul has a "more collaborative approach to government leadership than her predecessor." A majority of voters also think that Gov. Hochul will be successful in controlling the spread of COVID-19, leading the state through natural disasters, and making sure there is a safe transition to in-person learning.