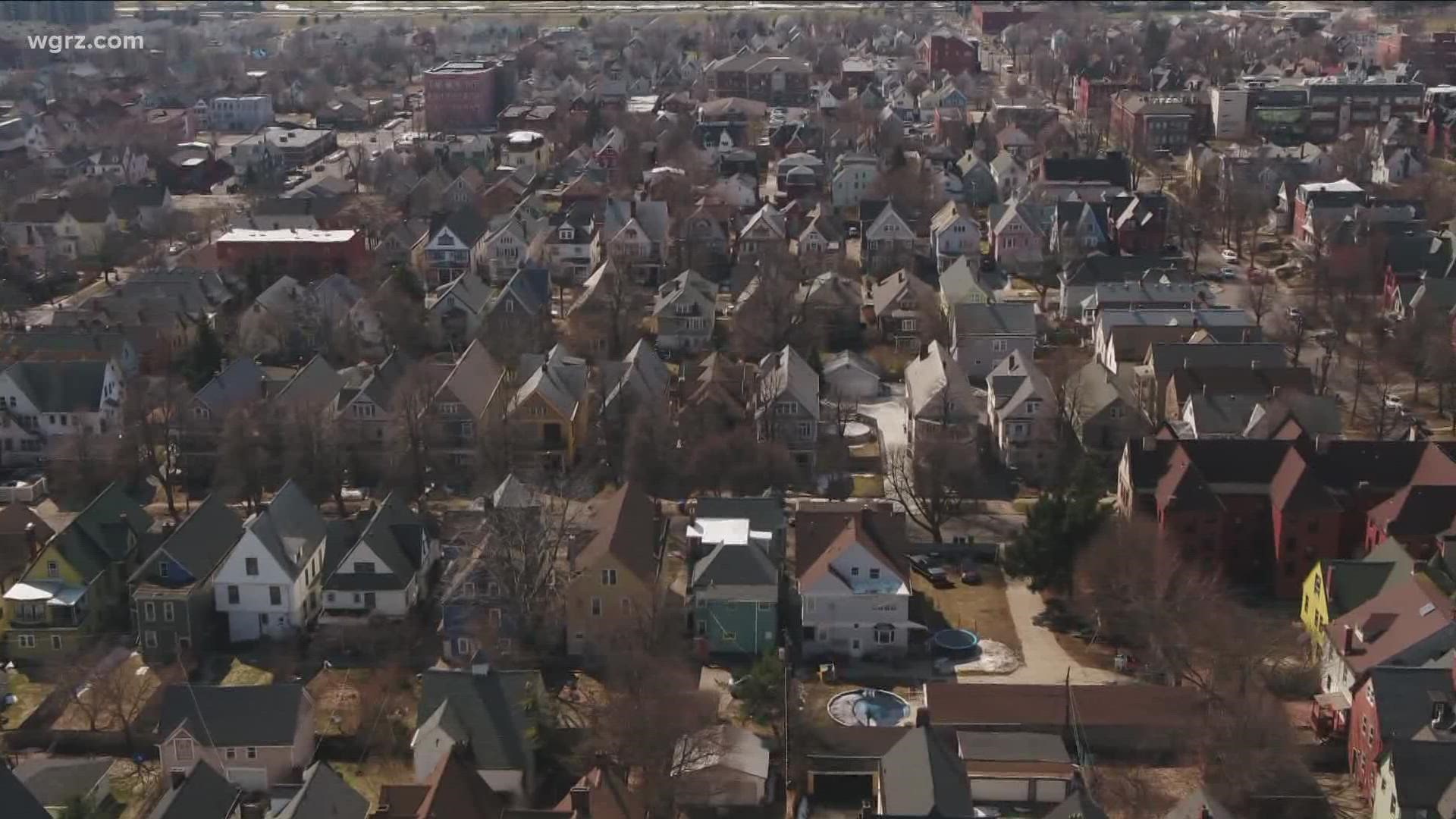 AMHERST, N.Y. — New York Gov. Kathy Hochul was in Western New York on Tuesday for her first time as governor to hold a COVID-19 briefing at the University at Buffalo - Jacobs School of Medicine and Biomedical Sciences.

During the briefing, Hochul once again stressed the importance of vaccines, saying the vaccination rate in New York State is "good" but says more people need to be vaccinated.

"We can do better on the vaccination rates - no doubt in my mind," Hochul said.

While on the topic of vaccinations, Hochul said teachers must be vaccinated or undergo mandatory testing. According to the governor, New York State is in the process of getting the legal clearance for that, saying she believes it's a "compromise."

In addition, Hochul says the state will be exploring vaccine mandates - not testing - for staff at healthcare facilities. She added she doesn't have the authority to make everyone get vaccinated, but says if she did she would mandate it.

During the briefing, the governor also reiterated that there will be a mask mandate in schools, saying she is willing to make tough decisions "at anytime and anywhere." She went on to say that there will be parts of the state where circumstances change in some areas, adding that she will be very flexible on the issue.

Hochul also outlined how her administration will be different from the one before her, telling local health departments how she plans on managing the state's response to the ongoing pandemic. The governor says she believes there is a role for state government and a role for local government.

"I will not be micromanaging, but I'll be giving guidance based on your input," Hochul said. "I'll be giving you the cover you need. I'll be there to be the ally. But I will not be imposing state people and locations on all of you without consultation. You tell us where there's gaps, tell us where something needs to be enhanced by the state and we'll be there without stepping on the local public health agencies."

Governor Hochul also announced that she is making $65 million available to the localities to ensure that New Yorkers get their COVID booster shots.

But while saying the days of a heavy handed top down administration such as that employed by her predecessor Andrew Cuomo are over, Hochul stressed that it will up to her to create polices and for local partners to execute them.

Fixing the Eviction Moratorium by Calling Lawmakers back to Albany

In her first days as Governor, Hochul needs to quickly address the eviction moratorium which expires at midnight, and Hochul is calling state lawmakers back to Albany on Wednesday in an effort extend it into January.

The Supreme Court recently ruled that neither the Biden administration nor the CDC  had the authority to extend the moratorium any further, because under the constitution, that would be up to congress.

Tenants groups claim ending the eviction moratorium leaves renters, who lost their jobs due to state ordered pandemic shutdowns and who've yet to get fully back on their feet, in danger of becoming homeless.

Landlords counter that  they can no pay taxes or mortgages, and are in danger of losing the very homes and buildings that they rent to the tenants, if they don't get paid.

The larger issue in New York State, however, had been the state's failure under Governor Cuomo to get billions in federally provided rent relief out the door, and into the hands of those who need it.

That program was a failure," said Hochul. "The landlords are the ones who have not been paid so the money that we're talking about will go directly to the landlords to help them be able to stay alive...and I am bringing in a dream team of individuals who are going to stop at nothing to get this money our there so we're going to need a little time. We're negotiating this with the senate and assembly and we're going to have a resolution very shortly ."

Minority republicans, opposed to extending the eviction moratorium any further, joined Hochul in noting that despite knowing since last December that it would be getting billions federal aid to assist tenants and landlords, the Cuomo administration managed to distribute only 4 percent of those funds.

Governor Hochul also noted that the state's Emergency Rental Assistance Program (ERAP) does protect against eviction, by either paying tenants or landlords, for up to a year...but only if it is applied for.

For Now, No Endorsement for India Walton

While in Buffalo, Hochul was asked if she would endorse the winner of the city's democratic primary for Mayor, India Walton.

When pressed further by a reporter if Hochul, as the de facto head of democrats statewide, hadn't ought to endorse Walton, she replied "I'm not making any endorsements at this time," before quickly calling on a different reporter for another question.