Brian Benjamin is sworn in as New York lieutenant governor 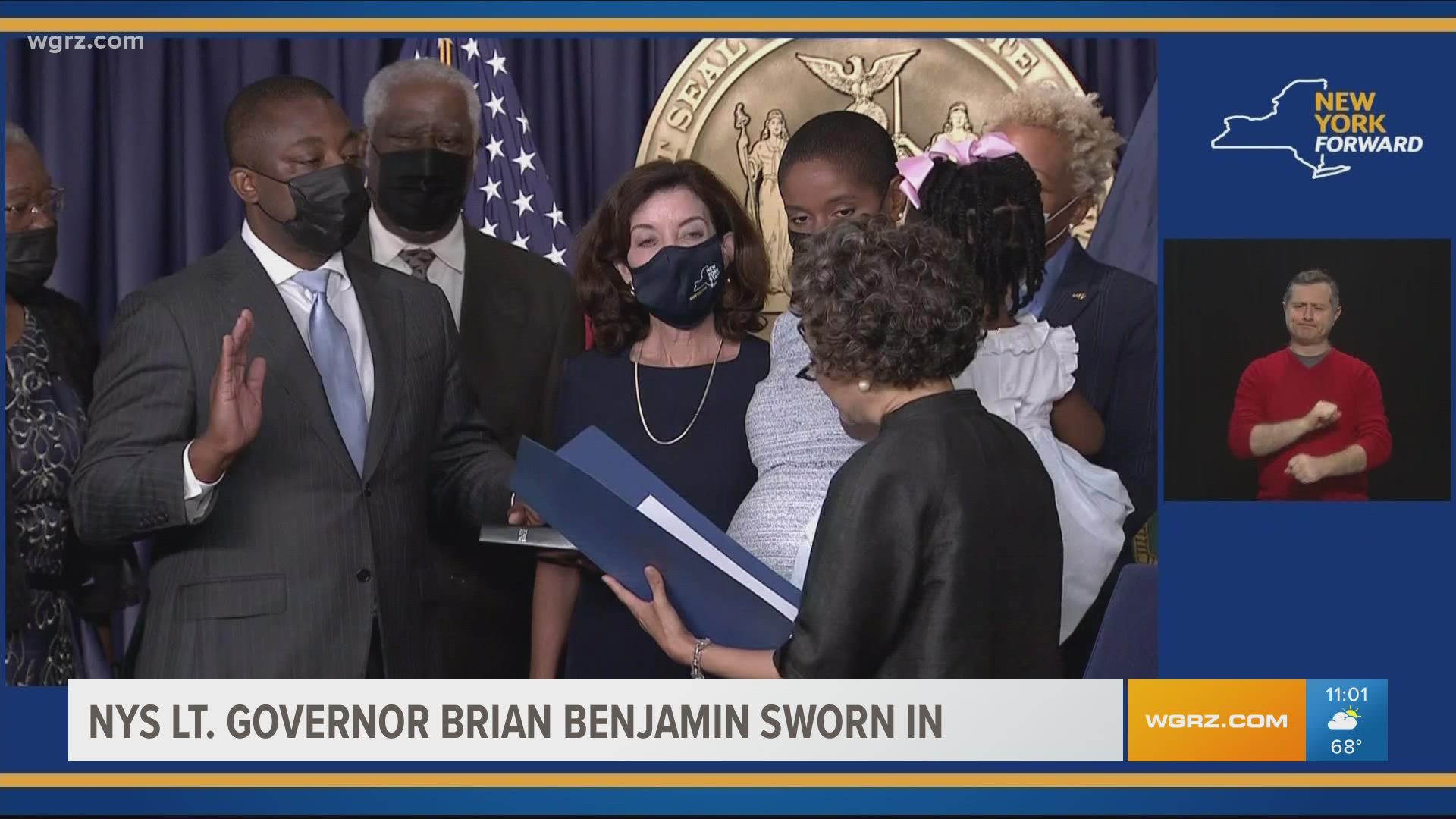 NEW YORK — New York Lt. Gov. Brian Benjamin thanked Democratic Gov. Kathy Hochul for choosing him as he was sworn in to join her two-week-old administration.

Hochul is the state's first woman governor and a Democrat from western New York. She had pledged to choose someone from New York City to be her lieutenant governor.

Benjamin has served as a state senator representing Harlem.