The proposed debate is scheduled take place on October 12. It will be hosted by WGRZ, The Buffalo News, WNED-TV, and WBFO radio. 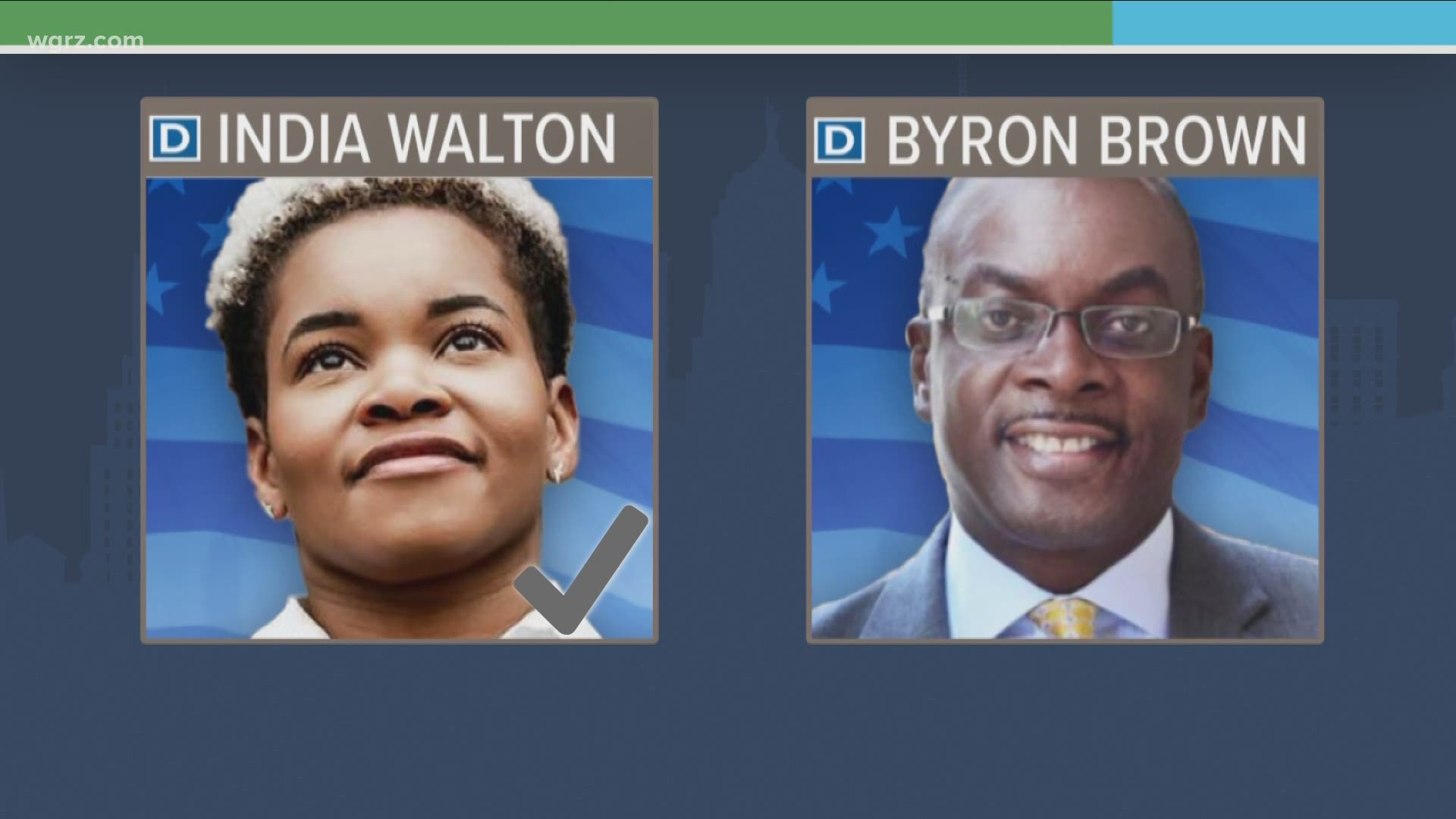 BUFFALO, N.Y. — Buffalo Mayor Byron Brown did not want to debate leading up to the Democratic mayoral primary in June but now he is open to it as he tries to win a fifth term as a write-in candidate.

Brown lost the Democrat primary for Mayor of Buffalo in June to India Walton. On Wednesday, we learned Brown has agreed to take part in a mayoral debate that WGRZ is co-hosting along with The Buffalo News, WNED-TV, and WBFO radio.

The debate is scheduled to take place on Tuesday, October 12th and air on Channel 2 and the WGRZ digital platforms.

Walton's campaign has not responded to the invitation. As soon as they do, we will update you on the status of the debate.

In the run-up to the Democratic primary, candidates Le'Candace Durham and India Walton made their pitch. Mayor Brown did not participate.

That virtual forum was hosted by the League of Women Voters of Buffalo/Niagara with their partners, the Buffalo Jewish Community Relationship Council, Buffalo Urban League, and other organizations.