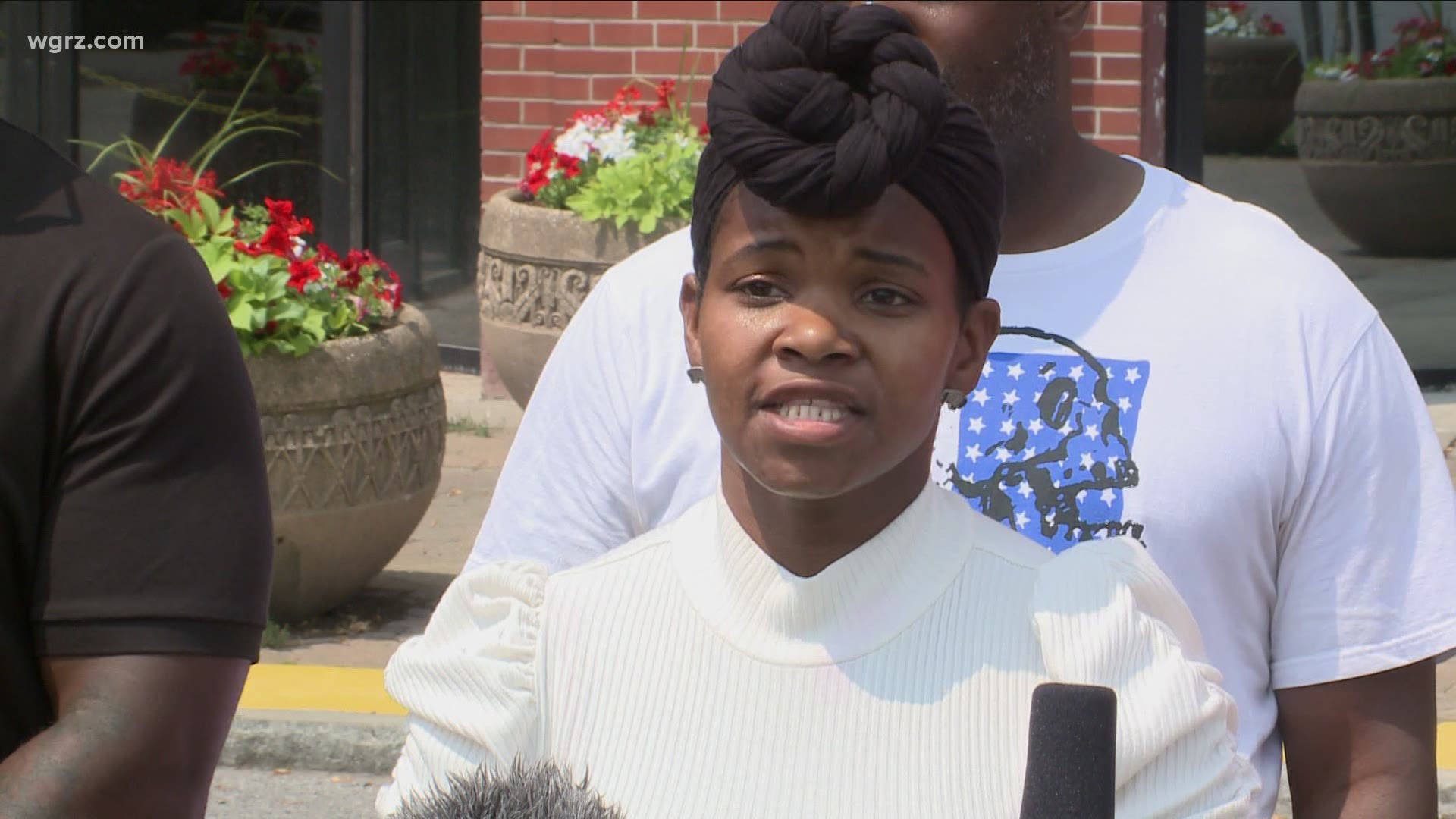 BUFFALO, N.Y. — Whoever occupies the Buffalo mayor's office has to deal with significant spikes in violence like we're seeing right now.

2 On Your Side asked Mayor Byron Brown on Tuesday, at the scene on Donovan Drive, where a 3-year-old boy was shot, about his plans and he did speak about them. He mentioned more of a police presence in the area but also job training programs and summer youth employment.

The Democratic nominee for mayor, India Walton, was there as well but declined an on-camera interview on the subject.

On Wednesday, Walton did schedule a press conference, which was also announced by elected New York City Public Advocate Jumaane Williams, who supports Walton and also labels himself as a Democratic socialist.

That media event came on the same day that Buffalo Police and Mayor Brown's office announced the arrest of a suspect with public tips and cooperation. They told us that was basically their response to Walton's comments about the Donovan Drive shooting during her news conference.

Walton told reporters she felt it was a "heavy militarized police response" and that "it is my concern that that community has experienced a very deeply hurtful trauma, and our response was to revictimize them with another traumatic event, rather than sending in social workers and mental health counselors."

Walton has proposed that $7.5 million of the city police budget be "reallocated." So 2 On Your Side asked, "Where specifically would that money go under your administration. What are you suggesting to deal with this anti-violence problem?"

Walton replied, "It would go to a lot of the things that we talked about just now, into ensuring that people have access to mental health services, that communities have the resources that they need to thrive, things like wraparound services, educational assistance for our young people, job training, skills training. And also just organizing and frontline people who can go knock on someone's door and have the door answered, to be able to offer some of the services that have been underutilized."

Then we noted that, "Yes, we can talk about social programs for the future. That's going take time, obviously. What would you do if you were in the mayor's office to control the flow of illegal guns in this city?:

Walton: "I don't know that the mayor's office necessarily has that the purview to control."

Reporter: "Well, what would you suggest to the police department?"

Walton: "I do support legislation that's being proposed to hold gun manufacturers accountable to track gun sales, and they're coming from somewhere."

That is basically some of the same information that Gov. Andrew Cuomo advanced Tuesday with his briefing on a gun violence state of emergency. So we asked more on the subject of illegal guns which has been brought up constantly by Buffalo Police, prosecutors and again Cuomo on Tuesday.

2 On Your Side asked: "How would you take the amount of weapons off the street right now. Is there a strategy or a way to do that?"

Walton replied: "Gun buyback programs are ceremonious and are not necessarily data proven. And I think the way we get guns off the streets is to get people into living wage jobs."

Reporter: "But that might take a while. What would you suggest right now if, God forbid, this happens and you're in office next summer, because we hear, unfortunately, it often happens in the summer. What would you do as mayor to try to get those illegal guns off the streets, and is that a police action?"

Walton: "Again there is not a silver bullet solution. There is not one thing. It's a multifaceted approach, and as Jumaane said, police do have a role to play, but it's not the only one. And I would be interested in data from the Buffalo Police Department to suggest how we improve their success rate, because you know the checkpoints, and the stop and frisk, and the broken windows policing did not yield the results. It didn't take many guns off the street."

Williams said they could get statewide suggestions to combat crime, just like Governor Cuomo on Tuesday. And many cities across the country are also seeing violent crime spikes.

Williams said, "In New York City they have more gun arrests than they ever have in the history of the NYPD. And gun violence is still going up. And so the only thing we're saying is we can't over-rely on that as a tactic and an answer."

2 On Your Side will seek to confirm Williams' statement about the NYPD gun arrest record.