New York State is taking a big step towards lowering the number of marijuana-related arrests in an effort to increase rehabilitation and restorative justice. 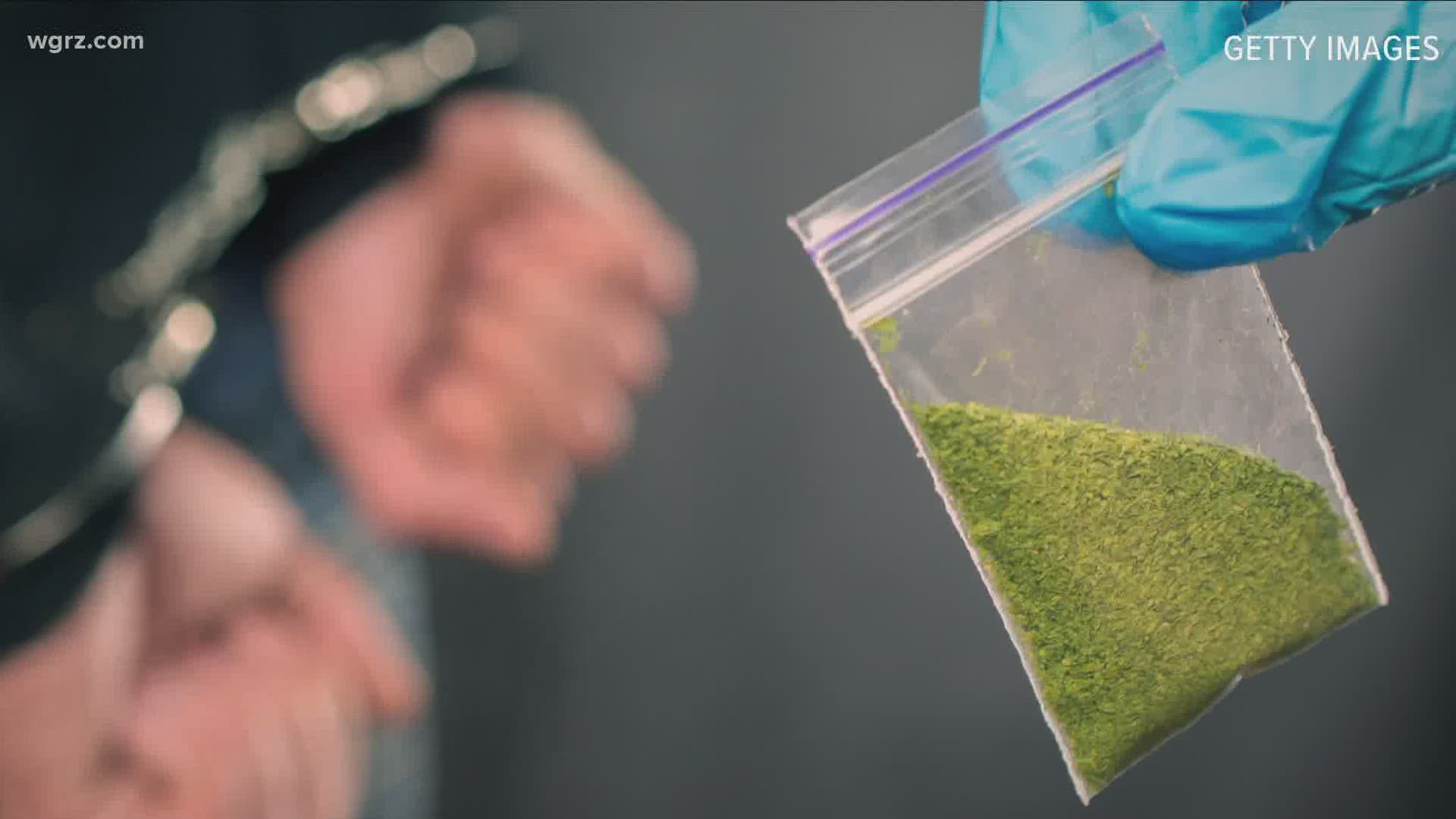 BUFFALO, N.Y. — The conversation around marijuana as it pertains to law is a controversial one and has been for a long time. Marijuana-related arrests, convictions and legalization, all topics that have been discussed and debated are independently dealt with state by state.

While marijuana is legalized in some states, like California, it is not in New York State. While measures have been taken around decriminalization, the bottom line is, it is still illegal. Even so, lawmakers throughout the state recognize the importance of addressing the high numbers of marijuana-related arrests and are putting actions to words.

According to 2018 numbers out of Pew Research, over 660,000 marijuana-related arrests were made by police officers in the United States. These arrests were made relating to selling, possessing or manufacturing the drug. Just two years ago, far as drug-related arrests, marijuana-related ones were by far the highest compared to other drugs, including heroin and opioids.

CURIOUS: do you agree with this state law - that as a judge told me today “non-victim” related marijuana-related arrests that lead unlawful possession in the 1&2 degrees should be expunged? #FYI in 2018 US police officers made over 600,000 MJ-related arrests, that’s A LOT. @WGRZ

Buffalo City Court Chief Judge The Honorable Craig Hannah, heads Buffalo's Drug Court and says this new law is very important when it comes to restorative justice and rehabilitating people, many of whom have been disproportionately treated.

"People need opportunities, they need chances, they need time to correct an error, a mistake or a misstep that they had in the past," Hannah says.

As of August last year, under this law, if you are arrested and charged with unlawful possession of marijuana in the first or second degree, your case will be automatically expunged and the records will be destroyed as soon as the case is over.

"We want to make sure this playing field is equalized," Hannah says. "You know everyone has discretion, but now we know when this comes before us, the law says they should be afforded another chance."

Judge Hannah says, it is always helpful to consult a lawyer if possible. If not, call city court and ask for assistance.