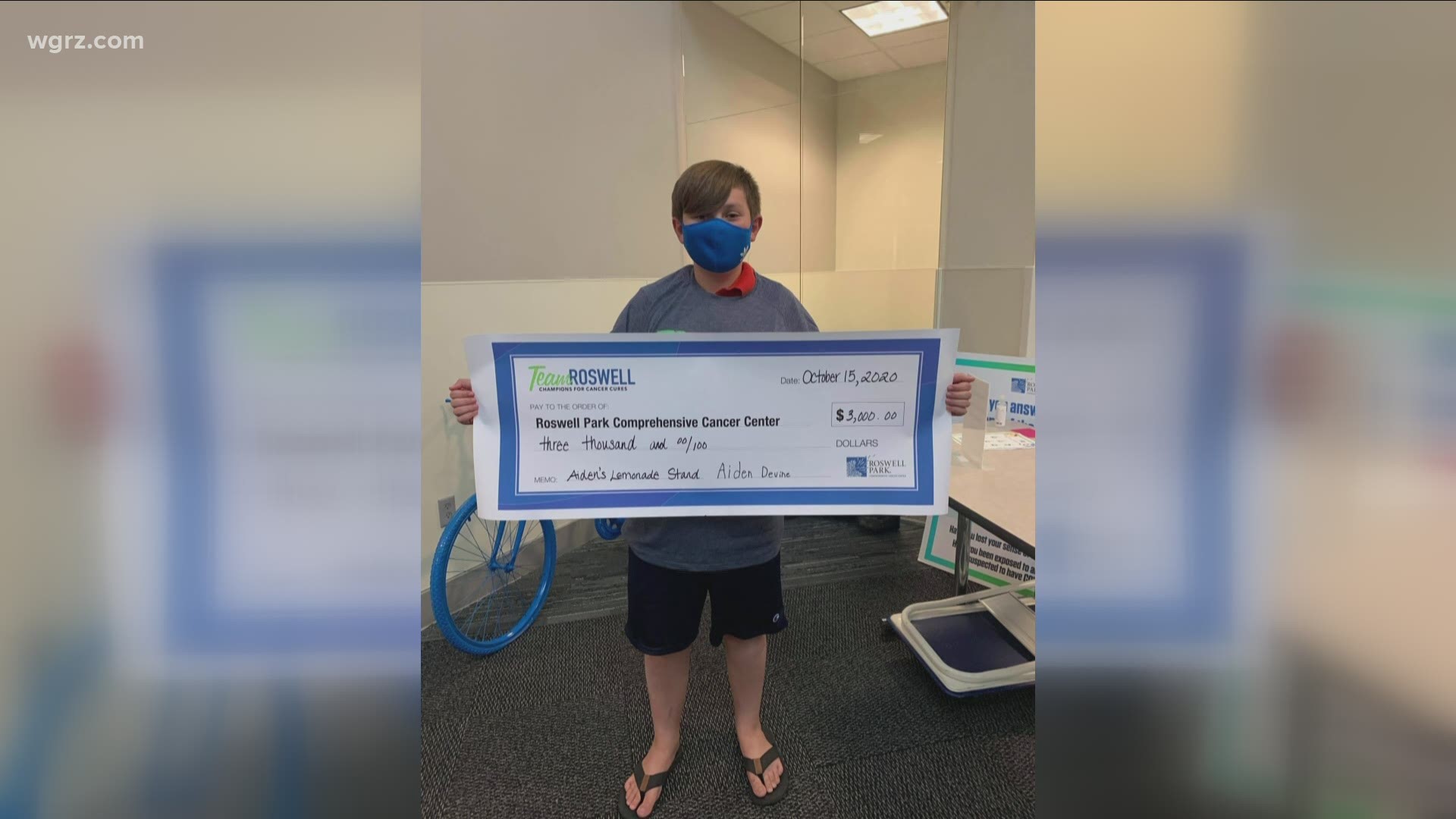 BUFFALO, N.Y. — In honor of National Lemonade Day back in August, 2 On Your Side shared a sweet story from Lockport, where an 11-year-old boy is raising money for a cause close to his heart, one cup at a time.

"My grandpa he had cancer, Roswell helped him so he doesn't have cancer anymore," Aiden Devine told 2 On Your Side. "So I decided to do a lemonade stand to raise money for Roswell to help other people."

It was last summer when Aiden Devine first decided to get in the lemonade game. By the end of his first season, he had raised $500.

"I was just so proud of him that he wanted to do that," his mom, Kelley Devine  said. "During quarantine, he was really concerned that he wouldn't be able to do the lemonade stand this year, so we kind of waited."

Aiden and Kelley held off until it seemed like a good time in the summer. Whey they finally got set up, they couldn't believe the response.

"We were a little nervous about doing it at all, nervous that maybe people wouldn't be comfortable coming out, but he wore his mask and he kept his hand sanitizer there," Kelley said.

"I put it on Facebook, and it was real heartwarming to see how many people were just willing to drive over and donate a couple dollars here and there, and say, 'Oh, I know your Pa-Pa and he's doing well.' It was a good time for it, that's for sure."

When we checked in with his progress a week after we ran this story, Kelley said Aiden raised $1,500.

Fast forward two months later, that total was doubled! Aiden raised $3,000 this year. He and Kelley went to Roswell to donate the money and write out a check.

While he was at Roswell, he met two of the nurses who helped Aiden's grandpa while he was fighting cancer there.