Pembroke teacher Arron Brown and his family started the stand to help a former student raise money for ALS in honor of her late father. 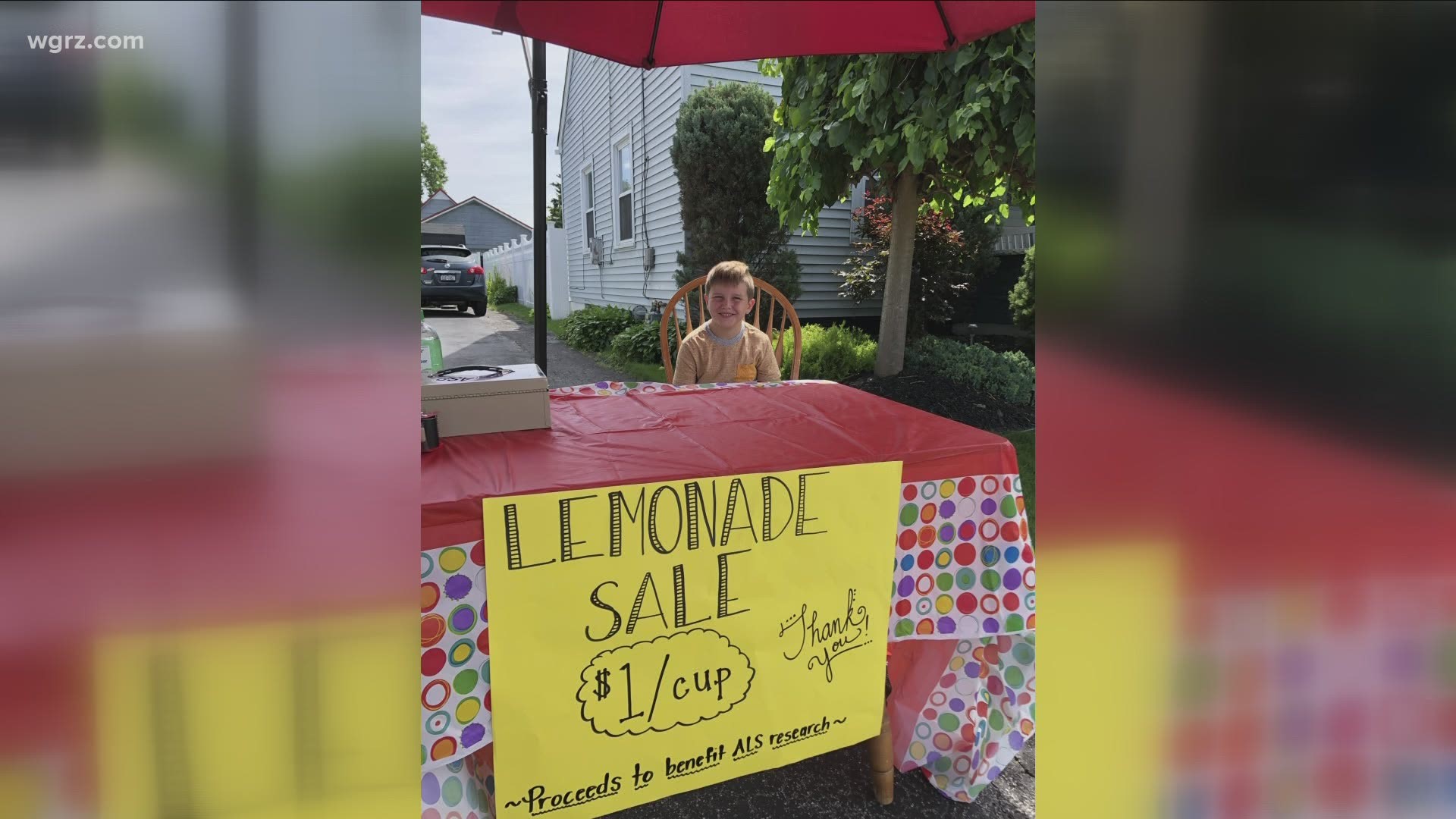 CHEEKTOWAGA, N.Y. — There's nothing quite like an icy cold drink to cool off on a warm summer day, and sales at a local lemonade stand were hot this week — they raised more than $1,000 for charity!

Pembroke school teacher Arron Brown wanted to help a former student collect money for the Walk to Defeat ALS. Emma Patterson, friends, and family created "Tommy's Tribe," a team for the event named in honor of her late father.

Brown, along with his wife, Cassie, and son, Nolan, 5, decided they would host a neighborhood lemonade stand in front of their Cheektowaga home.

It was a modest $1 per cup, but business was booming.

"People were coming up and saying here's $20. Here's $40. Here's $100. People we've never met donated online," Brown said. "Family from three hours away were donating. It really is inspiring to know there are good people out there who are helping people they've never met for an amazing cause."

Lemonade sales topped $400, but the donations and generosity didn't stop there.

Pesci's Pizza got word of the charity lemonade sale and gave a matching donation. Then more online donations came in.

They raised more than $1,000 and hope donations continue to pour in.

But more than that, the Brown family hopes to inspire others to share a little joy by giving back to the community and making a difference in the lives of others.