Ramp closures along I-90 and 219 due to bridge work

The bridge rehabilitation work is expected to last about six months, weather permitting. 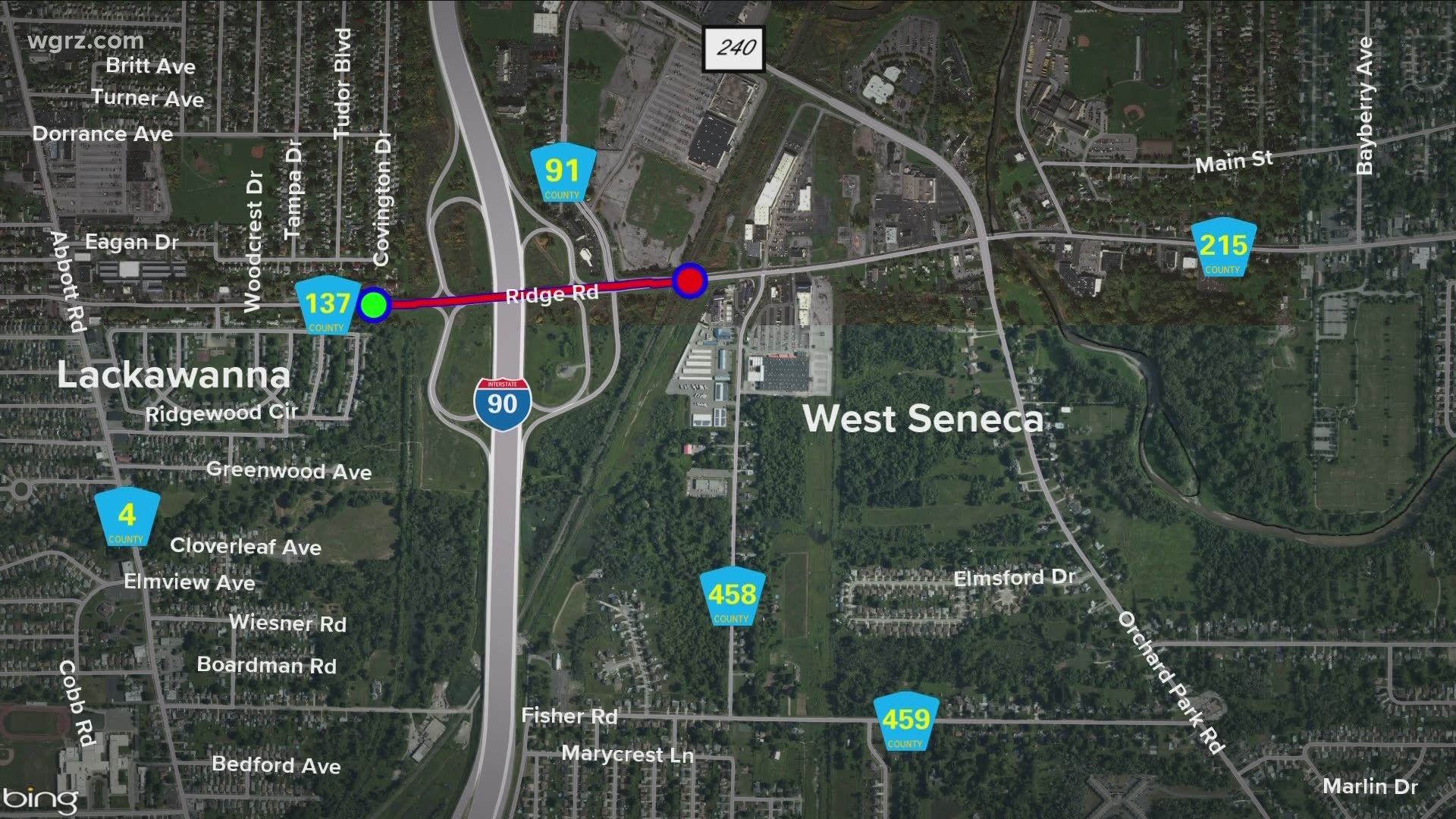 The closures are due to bridge rehabilitation work that is expected to last six months.

The ramp from eastbound Ridge Road to U.S. Route 219 southbound and Interstate 90 westbound will be closed beginning at 7 a.m.

The eastbound Interstate 90 exit 55 ramp will also close at the same time.

The New York State Department of Transportation says the work is being done to the bridges that carry U.S. Route 219 over the Norfolk Southern Railroad in the Town of West Seneca.

Motorists should look out for maintenance and construction vehicles in work zones and move over a lane or slow down for the safety of both drivers and workers.

Fines are doubled for speeding in a work zone. If you are convicted of two or more speeding violations in a work zone, your driver's license could be suspended.