The plan covers more than just roads and bridges. It also addresses electric vehicles, research and development to create jobs, and broadband. 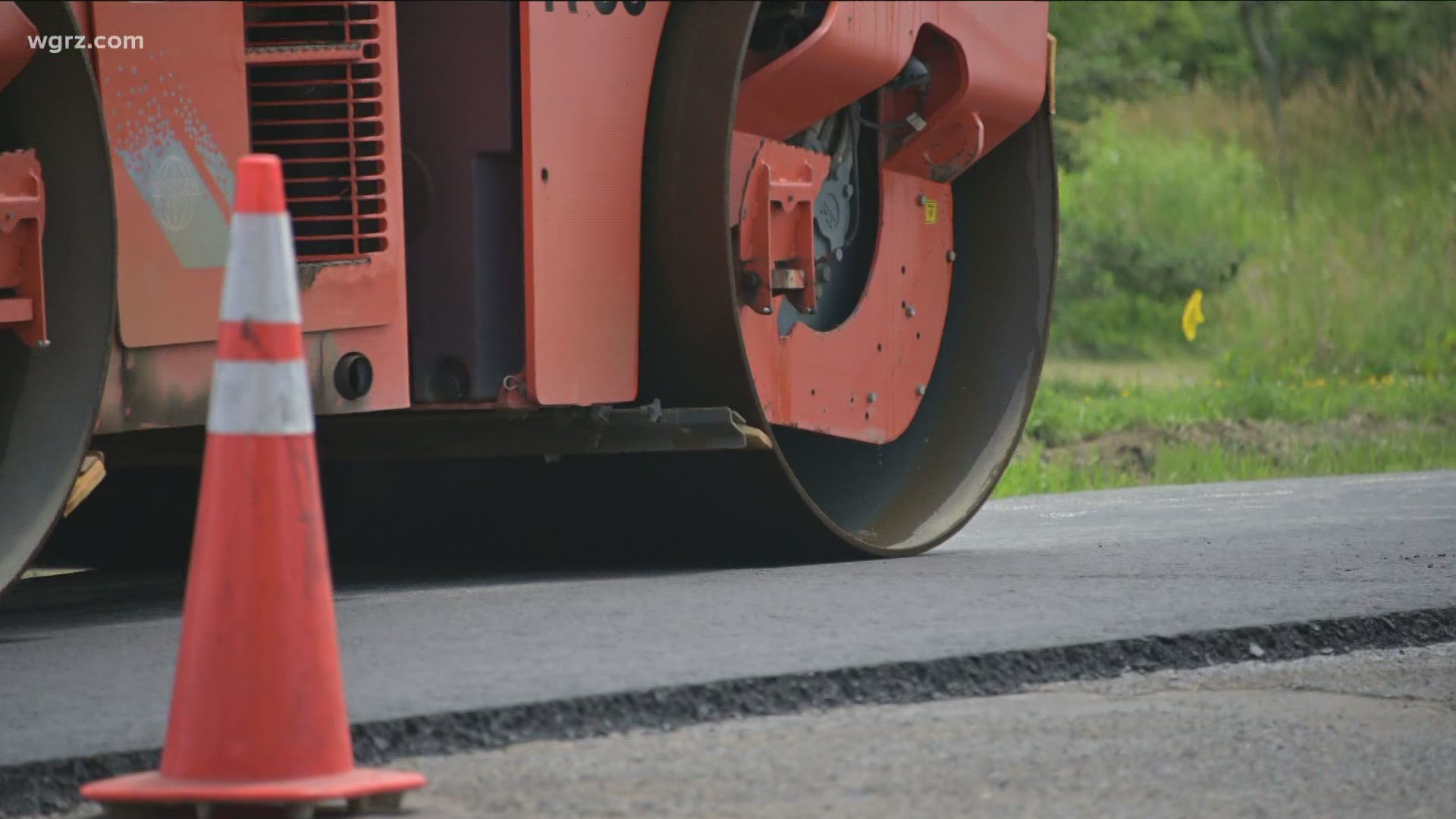 From what we know from the White House, the plan includes $111 billion to modernize our water infrastructure. That money will be used for everything from replacing lead pipes to fixing our stormwater systems.

While all of the details of the bill aren't out just yet, the environmental aspects of it were welcome news to Buffalo Niagara Waterkeeper.

"We need something like this as a country, as a state, as a region. We've got tremendous problems with our crumbling infrastructure," says Jill Jedlicka, the executive director of Buffalo Niagara Waterkeeper.

Original lead pipes in homes are one of those big problems.

Jedlicka works to protect our water and ecosystems, and we talked about the enormous task of replacing those lead pipes.

"It's not as simple as just replacing the pipes that are under streets or roadways," Jedlicka said. "It's the connections to each household, and oftentimes when you have a problem that is that scale and scope, it's easier to just keep it at arm's length and not really try to dive in and tackle it, but it's going to take more than just writing the check for the dollars to be available.

"It's going to require the mobilization of the community, the capacity of the local municipalities to make this happen, and the willingness of the residents in the community to work with them."

The White House specifically mentions the Great Lakes in its Fact Sheet about the plan calling for their protection and restoration. Jedlicka calls that significant.

We also discussed her wish list of projects to potentially be addressed.

"There is an effort that is about to be launched now that is a public process for the redesign of the entire Scajaquada Creek corridor. This is where transportation and mobility projects overlay with environmental restoration and park access, and so this is a significant opportunity to really make a generational change," she says.

Jedlicka says New York State alone has about $80 billion or more in needs when it comes to dealing with its wastewater and drinking water infrastructure, so she says this is a start.

While we don't know how big a piece of the pie Western New York would get from President Biden's potential American Jobs Plan, we do know our region is in need of an infrastructure upgrade.

The plan covers more than what you traditionally think of as infrastructure: roads and bridges. It also addresses electric vehicles, research, and development to create jobs and broadband.

Critics have said they're worried about how broad the proposal is and how the $2 trillion dollar plan would be largely paid for through corporate tax increases.

"My view on infrastructure is that we ought to build that which we can afford," said Kentucky Senator Mitch McConnell (R) Thursday.

Congressman Brian Higgins (D) NY-26 spoke during 2 On Your Side's Town Hall Friday and said this investment is just the beginning.

"The bottom line is for America to stay competitive in a global economy we have to invest in our own economy," said Rep. Higgins.

As for another plan that's long been discussed, with details of this proposal still being negotiated, the Skyway may or may not be included.

Higgins however said it's about time.

"Look it's structurally deficient, it's functionally obsolete, that skyway would not be approved for construction today. I want better for my community."

Fred Floss is the economics and finance department Chair at SUNY Buffalo State added there are a lot of good things in this plan for Western New York.

"It's going to be critically important that infrastructure is put throughout the entire city so businesses can locate here and not have to pass up Buffalo because we don't have internet," SUNY Buffalo State professor Fred Floss said.

Floss says upgrading roads is also important, especially with all of the potholes, but there are other things that need work, too, like water and sewers.

"The Tesla plant, the Ford stamping plant makes Buffalo a great place for us to locate these kinds of new initiatives. What's going to be critical now is to get our business community and our government community together to reach out, to make sure that we bring these new companies to fruition, and I think the 43North projects that we've seen, and the AVC project that just went public, give us an example of how that can happen," Floss said.

Floss added that workforce development funds will be crucial and creating more cohesive bike and broadband networks would help connect every Buffalo community.

"Some of our infrastructure goes back to the early 1900s, and this is a time that we should be looking to make sure that we fix all of those things before we go after the sort of pie in the sky kind of infrastructure like are we going to be able to get money for a new Peace Bridge, for example," Floss says.

He said work with apprenticeship programs and unions will also be key in making this proposal work.

"We need to work with businesses that are going to do internships, and try to help individuals who maybe don't have the education level at this point to bring them up so that they can have meaningful lives so that their families can have decent incomes," Floss said.

You can find the White House plan here.