Coming out of the All Star Break the Sabres had nine of out ten home games. In the first four home games they've earned just two points. 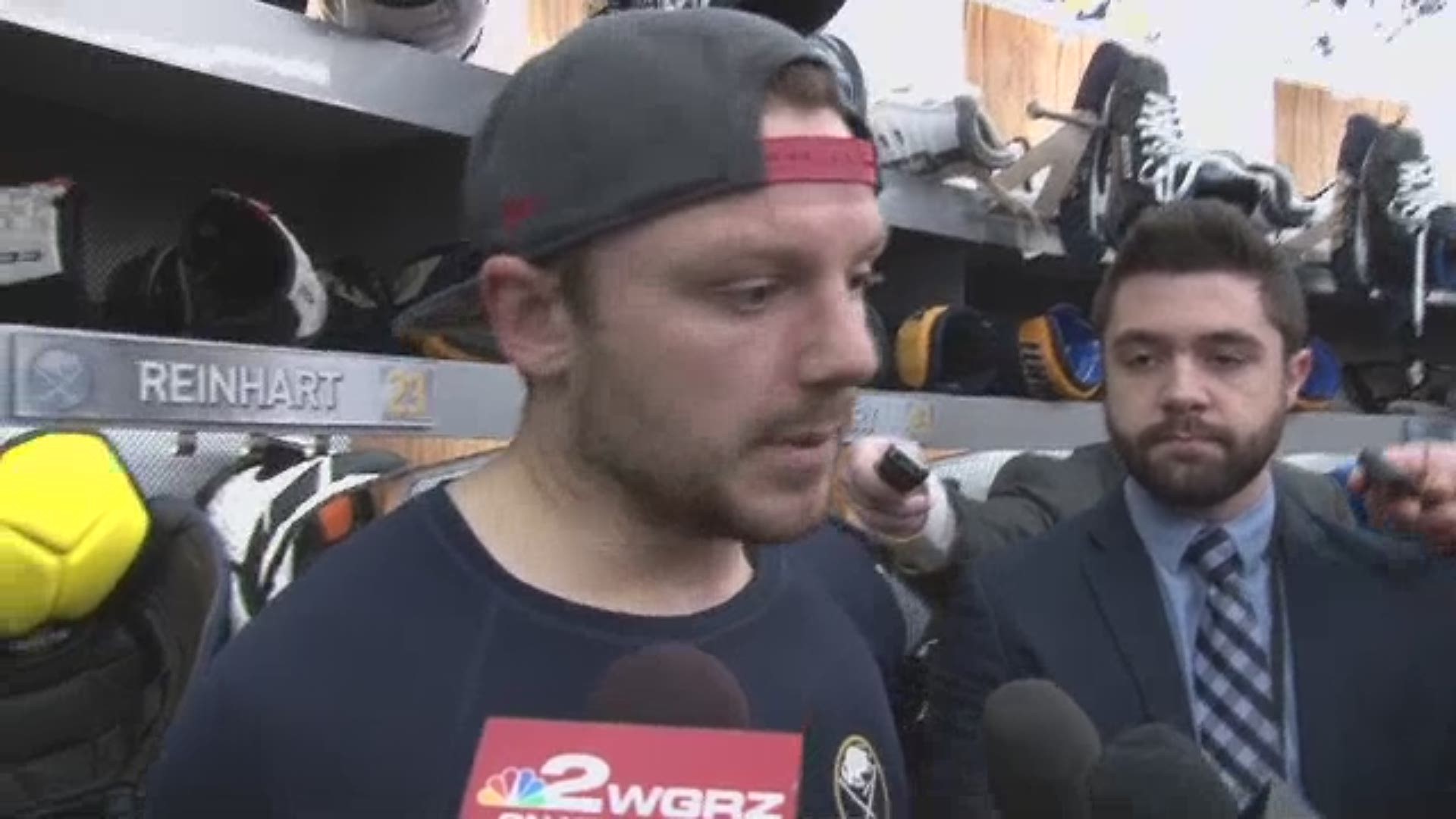 BUFFALO, N.Y. — Andre Burakovsky had a goal and three assists for a career-best four points in the Colorado Avalanche’s 6-1 win over the spiraling Buffalo Sabres.

Samuel Girard sparked the rout with the opening goal by chasing down a loose puck that no one, including Sabres goalie Carter Hutton could spot, in a game the Avalanche scored six times on their first 14 shots.

Buffalo's Sam Reinhart deflected in Jake McCabe’s point shot to briefly cut Colorado’s lead to 2-1 in the final second of the first period. Hutton was chased after allowing five goals on 13 shots. He was replaced by rookie Jonas Johansson, who finished with 13 saves after allowing a goal on the first shot he faced in his NHL debut.