Williamsville native Melody Martin expresses her frustration with the Sabres through music. 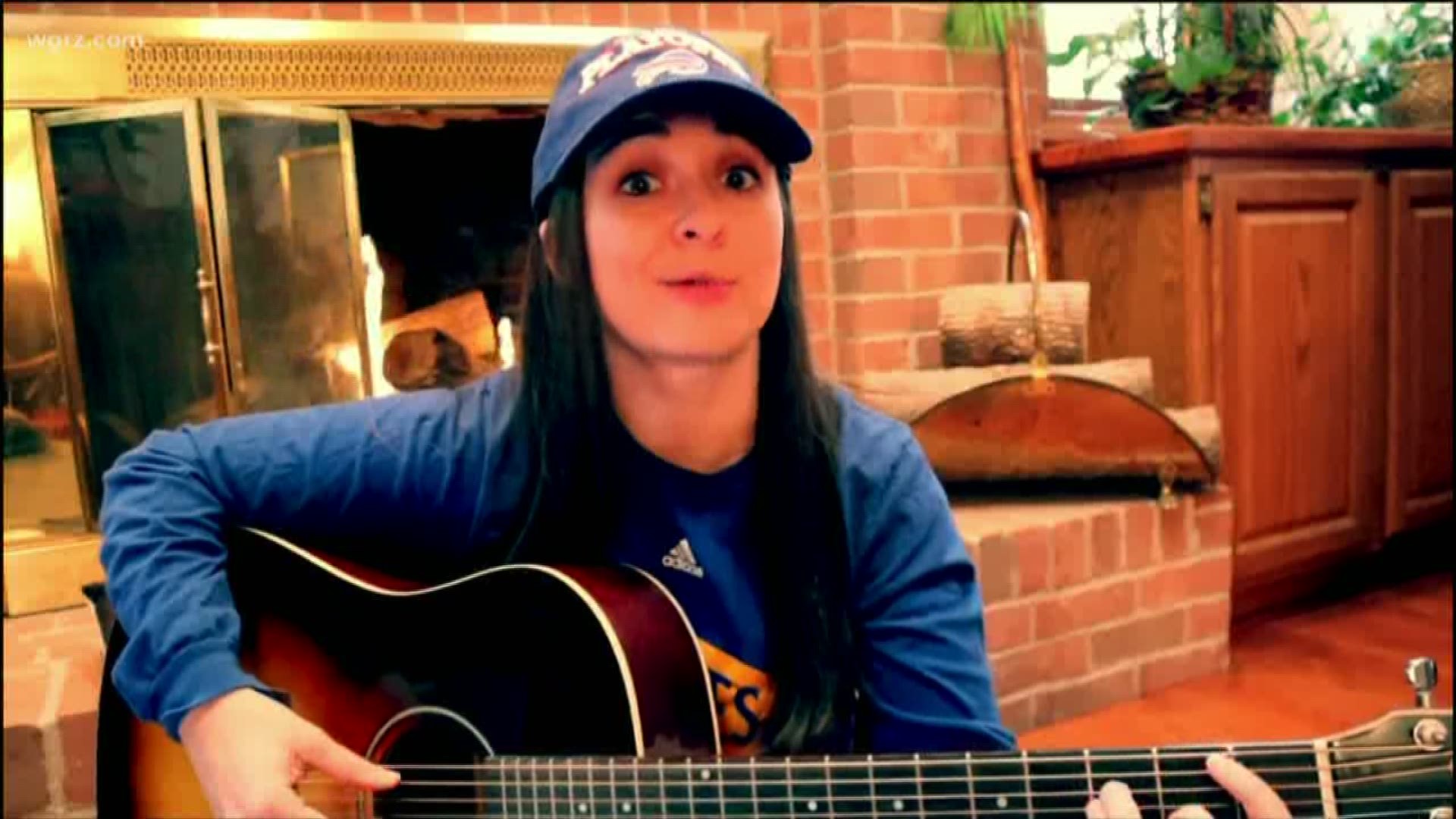 BUFFALO, N.Y. — After two losses coming out of the All-Star Break to Ottawa and Montreal, Sabres fans expressed their frustration with the team in different ways that went viral.

Duane Steinel's rant on WGR Radio was all over the internet. One fan called for a protest rally in the plaza, but I think the prize for most creative goes to Williamsville native Melody Martin.

It's fitting her name is Melody because she puts her thoughts into lyrics as she writes songs about the Sabres, Bills and Beauts. Her latest song, "Hey Jason Botterill," has more than 53,000 views on YouTube, and it was also all over social media this week.

"It's been so long, watching this team do the exact same thing every single year, and sometimes you just gotta be funny about it, you gotta make jokes about it to lighten the mood, so that's what I did," Martin said.

Martin has been a die-hard fan since she was little. In fact, that's why she started playing hockey herself.

But recent years has her not as engaged as the team is on the verge of its ninth straight season without making the playoffs.

"It's not even remotely worth it. Even if people were giving me tickets for free, it's getting to the point where that's like three hours of my life that I don't get back, and it's sad, but that's pretty much what it's come to," Martin explained.

And Martin is busy enough as it is.

Besides writing and recording songs, Martin is a teacher's aide at Dodge Elementary School in Williamsville and coaches youth sports.

You can catch all of her songs here on her YouTube page.

RELATED: Sabres sticking together as season slips away