Sabres do their best to focus on the positives. 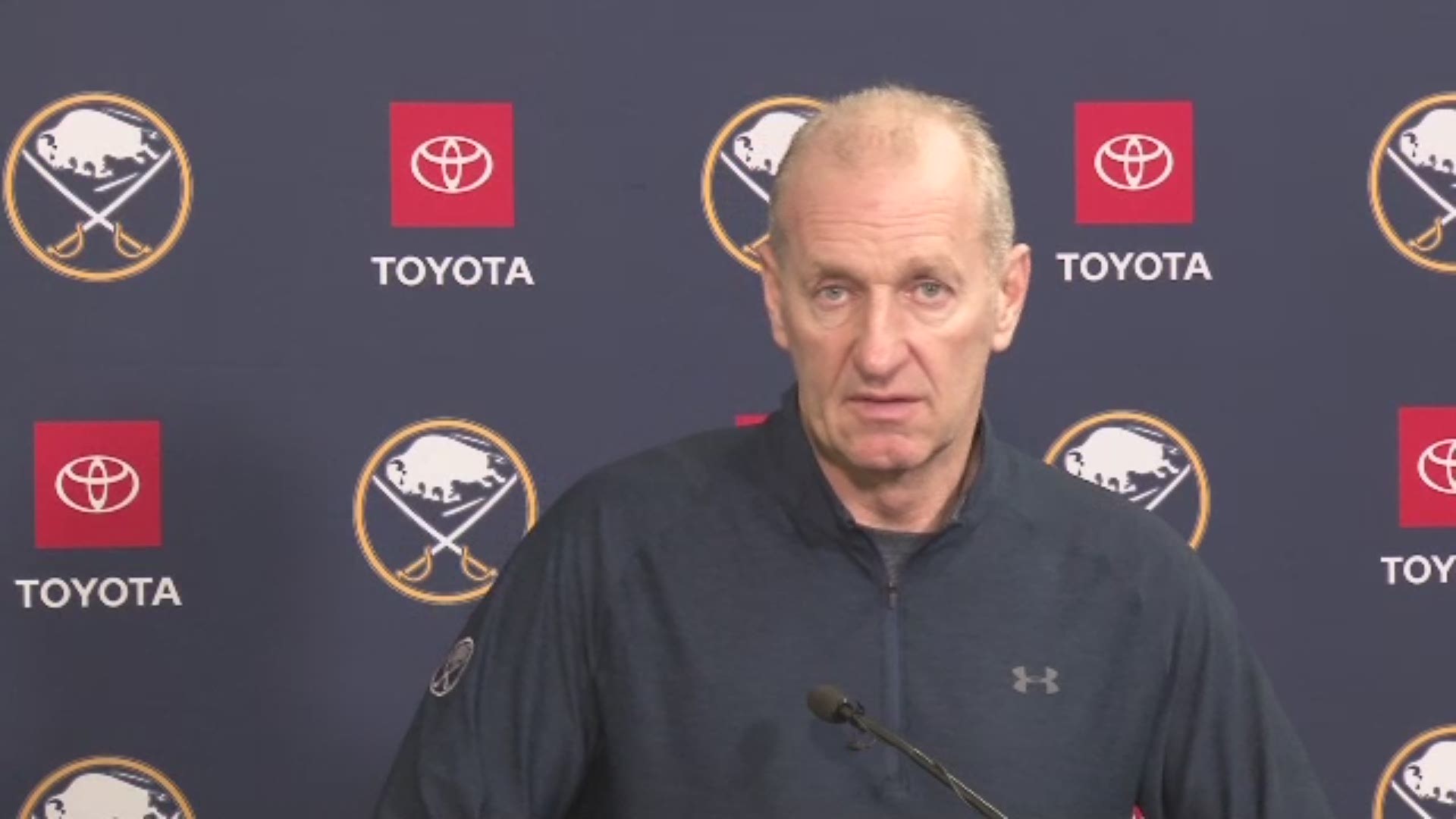 BUFFALO, N.Y. — These are frustrating times for Sabres fans once again. The team is ten points out of the last playoff spot with 30 games left in the regular season.

Unless the Sabres get red hot they will miss the playoffs for the ninth straight season.

Fans have voiced their displeasure in several ways, and at least two have gone viral. One a song to Jason Botterill by Melody Martin and in a rant on WGR radio by a caller name Duane Steinel.

The Sabres understand the frustration; however, they simply cannot afford to pay too much attention to it as their focus remains on trying to get into the playoffs.

There are 30 games left in the regular season for the Sabres, 15 at home including six of the next seven.