2 the Outdoors: Toxins and terns

A recent SUNY study drives awareness of the effects of toxic chemicals on wildlife. 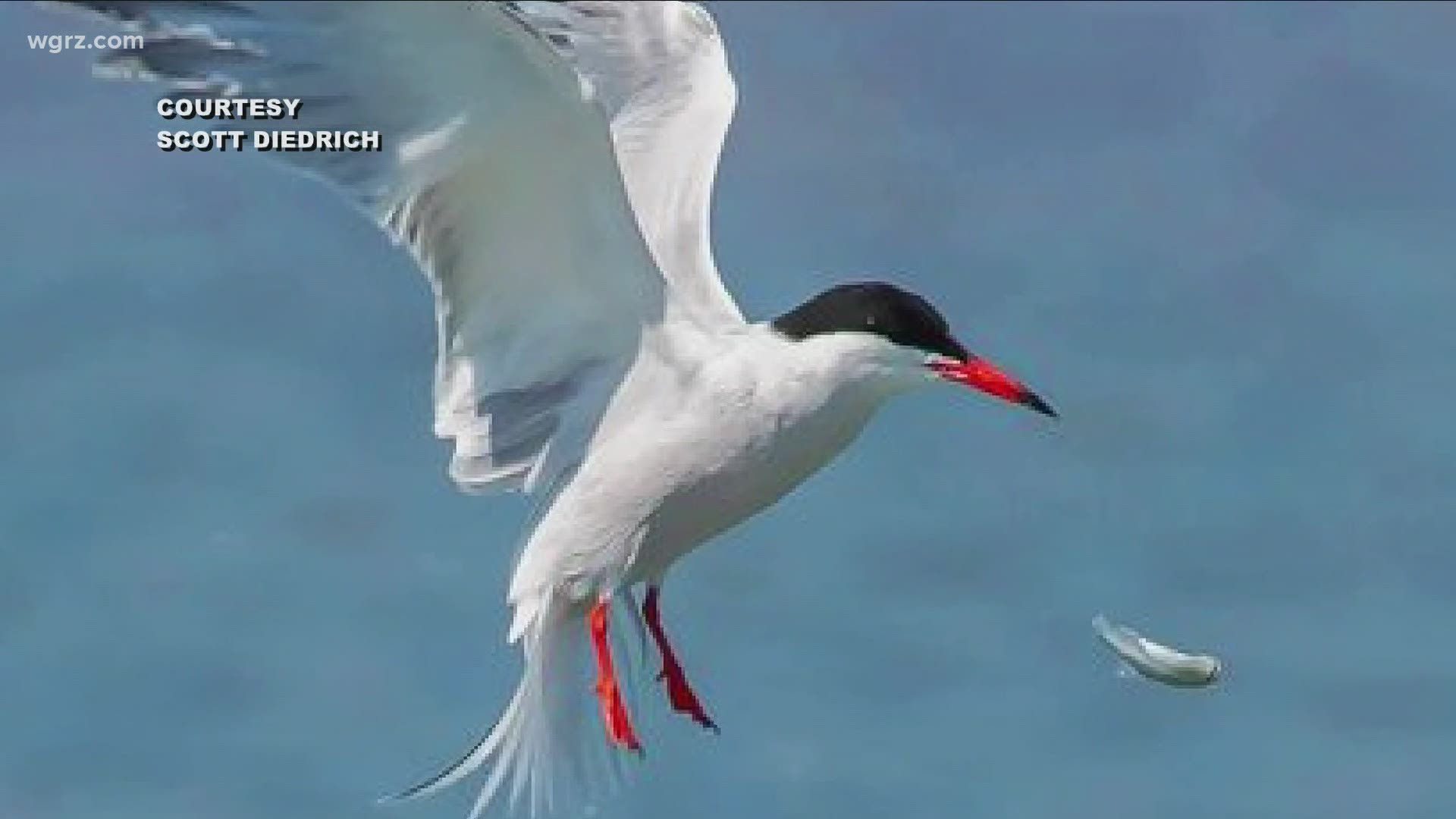 BUFFALO, N.Y. — Mankind has had many effects on our planet, but the most damaging may come from the chemicals we use to maintain our way of life. A recent study by two SUNY professors has shown just how pervasive our chemical culture is.

The study began with emerald shiners, a small fish found in the Niagara River and Lake Erie. They found industrial and agricultural toxins in the fish, but further investigation found that it didn't stop there. They also found the same toxins in the common tern, a threatened bird species that eat the shiners.

Buffalo State Biology Professor Alicia Perez-Fuentetaja is one of the authors of the study.

"The common tern chicks had much higher levels than juvenile chicks or adults," Perez-Fuentetaja said. "That means that a lot of it, the mothers are releasing some of the chemicals into the fat of the egg, so the chick is born with this huge load of contaminants."

The chemicals discovered include PCBs and DDT, both of which were banned in the 70's, and are known to cause cancer.

"Probably disrupting their hormones sometimes the thyroid, but other hormones as well," Perez-Fuentetaja said. "Some of them mimic estrogen, so they cause issues in fish for example, where males may have eggs because of these chemicals."

These are chemicals with a long life; there's no hope that they'll filter out any time soon.

"They don't biodegrade, they just stay there. Sometimes they are absorbed into the soil particle," said UB Chemistry Professor Diana Aga who co-authored the study.

Credit: Marcie Jacklin
Toxins found include DDT and PCB's, which have been banned since the 1970's.

And even though they've been banned, Aga says that they still flow into the system, from common fabrics produced before the bans.

"When you wash them it's in the water and then it gets discharged in the surface water, and there's a lot of wastewater treatment plant effluents discharging into the great lakes," Aga said.

It's a harsh lesson in connectivity. Perez-Fuentetaja warns we must always be aware of our effect upon the environment.

"Making the right consumer choices you can avoid putting a lot of these chemicals into the environment, just choose wisely," Perez-Fuentetaja said.