The former landfill has now been restored to its natural beauty, and part of the restoration was done using once-toxic soil from the Buffalo River. 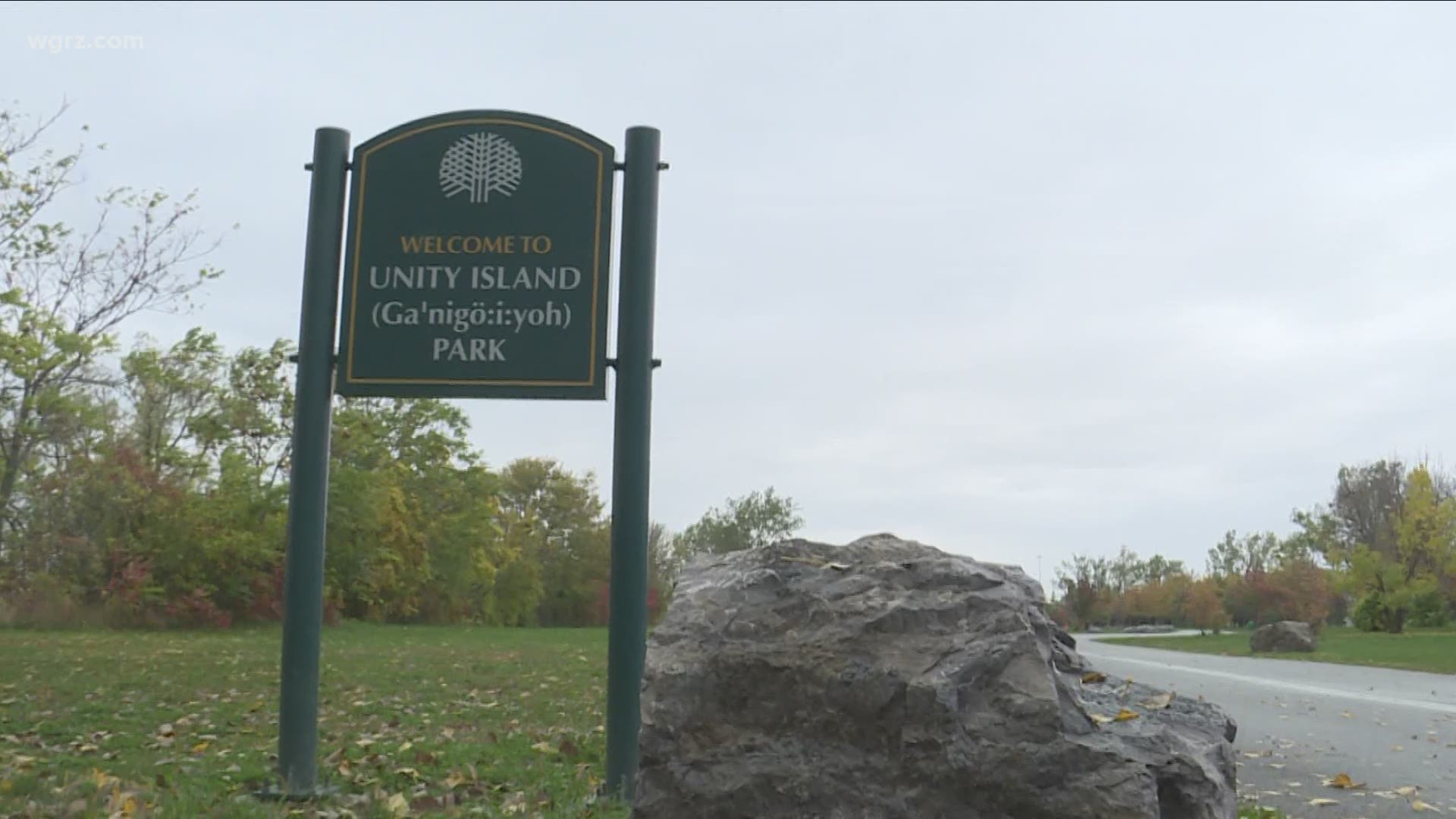 BUFFALO, N.Y. — Industry in Western New York has historically been both boon and bane. In the case of the environment, it has been mostly the latter, causing damage throughout the region's ecology.

Unity Island in the Niagara River is a prime example of that. Much of it has been dramatically altered over the years, including construction of the Black Rock Channel in the 1920s.

The now quiet park was also once a landfill for the waste treatment plant that occupies its southern end.

Andrew Hannes, ecologist for the Army Corp of Engineers, explains: "These ponds here were all created and associated with the landfill at one point, and they were remediated in the late 90's, early 2000's by the City of Buffalo and the NY DEC [Department of Environmental Conservation]. Cleaned up the site, and opened it up as a City of Buffalo public park."

Credit: US Army Corp Of Engineers
The construction of the Black Rock Channel in the 1920's was one of many changes to Unity Island over the years.

In 2018, a collaboration of groups spearheaded by the Army Corp of Engineers began work on the pond closest to the river.

Using dredged soil from the Buffalo River, they filled in the pond and created some new habitat. The soil itself was heavily contaminated from years of pollution.

However, after dredging, it was cleaned and was reused in this project.

"Our technical team partnered with engineers and scientists that are nationally recognized in evaluating that material to ensure that it can be used safely for other purposes. Great news, it can," Romano said.

"Fifty six thousand cubic yards in total," says Hannes. "Barged it down the Black Rock Channel canal, tied up to the eastern side of the north pond here, and placed that material in the north pond to shallow the depths, to promote depths that are suitable for coastal wetland vegetation."

Credit: US Army Corp Of Engineers
Once toxic soil from the Buffalo River was cleaned and used to shallow the depths of the pond.

The results have been surprising even to the project's leaders. The formerly dead pond has returned to vibrant life.

"The amount of habitat uplift that we've gotten ever since we implemented these restoration measures have been remarkable," said Hannes. "The plants have established incredibly well within this dredged sediment. Our first planting was in 2018, with follow up plantings last year and this year, and we have incredible coverage and establishment of wetland vegetation now. "

It's a first of it's kind project that hopefully will go far in restoring other habitat across the world. Romano says the collaboration to achieve this was amazing.

"Absolutely a success. Not just a success in the completion of a project, but a success that we can use as a model in Western New York and beyond," said Romano.