Feeding them does much more harm than good. 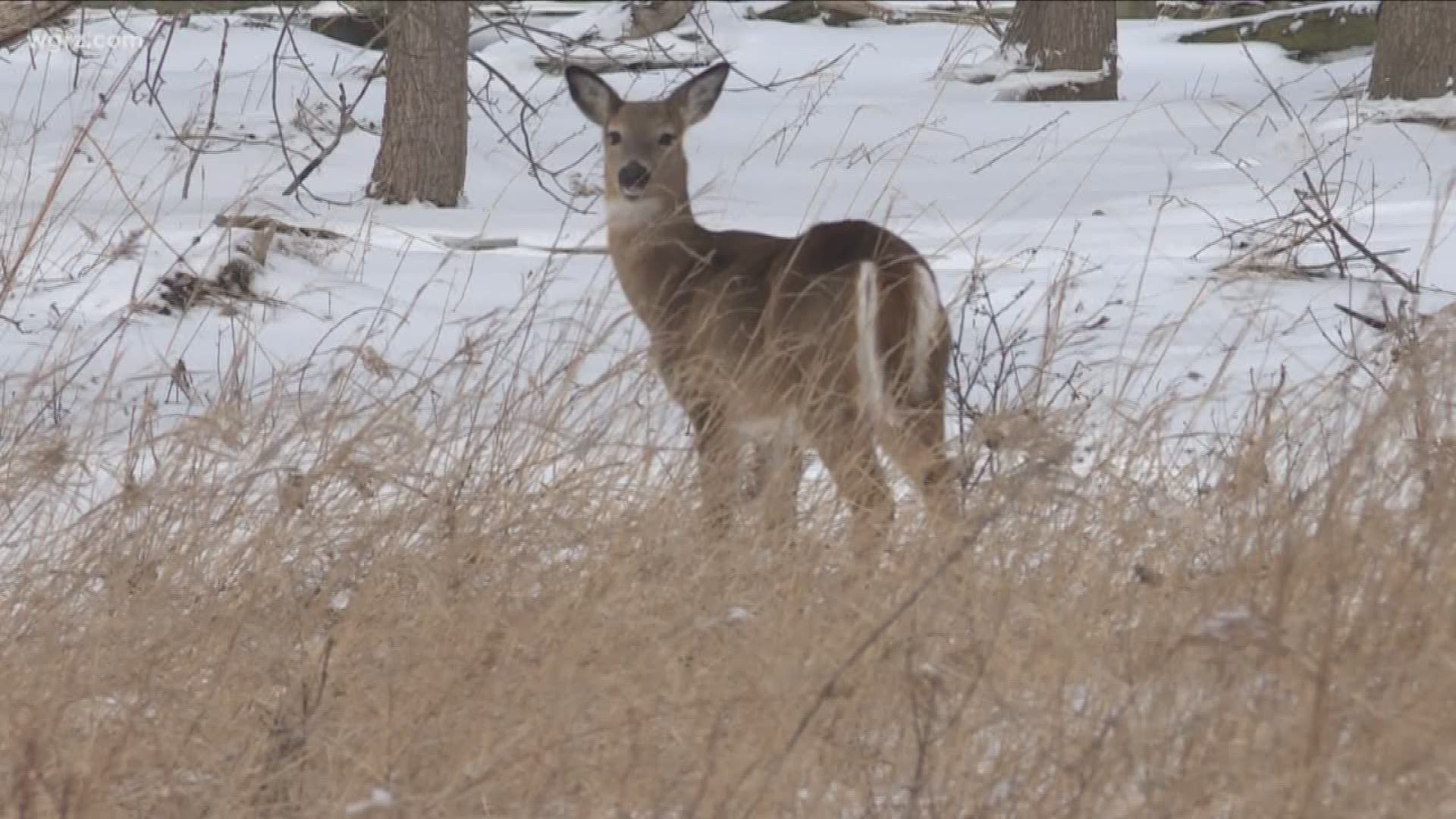 "There's a lot of ways to help wildlife, feeding them, feeding the deer, is not one of them."

People love wildlife. We don't always do the right thing by them, though, no matter how well our intentions may be.

Case in point is feeding deer. Lots of people enjoy doing this, especially during the harsh winter months, thinking that they are helping keep them fed.

Jay Burney of Friends Of Times Beach Nature Preserve explains that not only is feeding deer illegal in New York, but feeding them does much more harm than good.

"People are very concerned that they're starving because there's no food here. Truth is there's plenty of forage, plenty of natural forage every winter, even when there's deep snow," he said.

On a recent visit to Times Beach along the Buffalo waterfront, there was evidence of people having left corn for the deer. The choice could not have been worse.

"They will get absolutely no nutrition out of that. It essentially will go right through them without providing any energy or sustenance," he said. "So they will have full bellies, but they're not really getting any energy out of that food, so really they're eating themselves to death in a way. And that can go for hay, alfalfa, things of that nature as well."

A major concern is the spread of Chronic Wasting Disease, a scourge that is affecting the deer family across the country. Rockefeller says that feeding them causes deer to congregate unnaturally, which can spread the disease.

"It's a misfolded protein that affects the brain and nervous system, eventually causing the deer to waste away, or appear to waste away, and die from this neurological disease," Burney said, "which is transmitted through concentrated deer, it's easily communicable. The reason the law was written is because we don't want to cause deer to die these unnatural and horrible deaths."

There are several other reasons feeding deer does harm. Coming that close to humans leads to habituation,causing them to get too used to us, which is never good for any wildlife.

Attracting deer to a constant food source in the same area can also lead to the over browsing and eventual destruction of the very habitat they need to survive.

"By concentrating them unnaturally, you know, when the weather gets extra tough and they need to spread out to find additional food, they may be unable to do that." Rockefeller says. "Then they'll strip what feed they do have left, and then destroy the habitat in that small area that they've congregated."

The fact is that deer have adapted and survived for eons, without our help, and will continue to do so.

But if you would really like to help in an educated manner, Burney thinks that being a good steward can help make life easier for them.

"Just understanding that nature needs space, and work to conserve space, and be better conservationists and better stewards," he said. "That's a great challenge for the next generation, as well as ours."

MORE FROM 2 THE OUTDOORS:

The benefits of beekeeping

The benefits of forest bathing