Giraffe populations have declined by 40 percent since 1985. 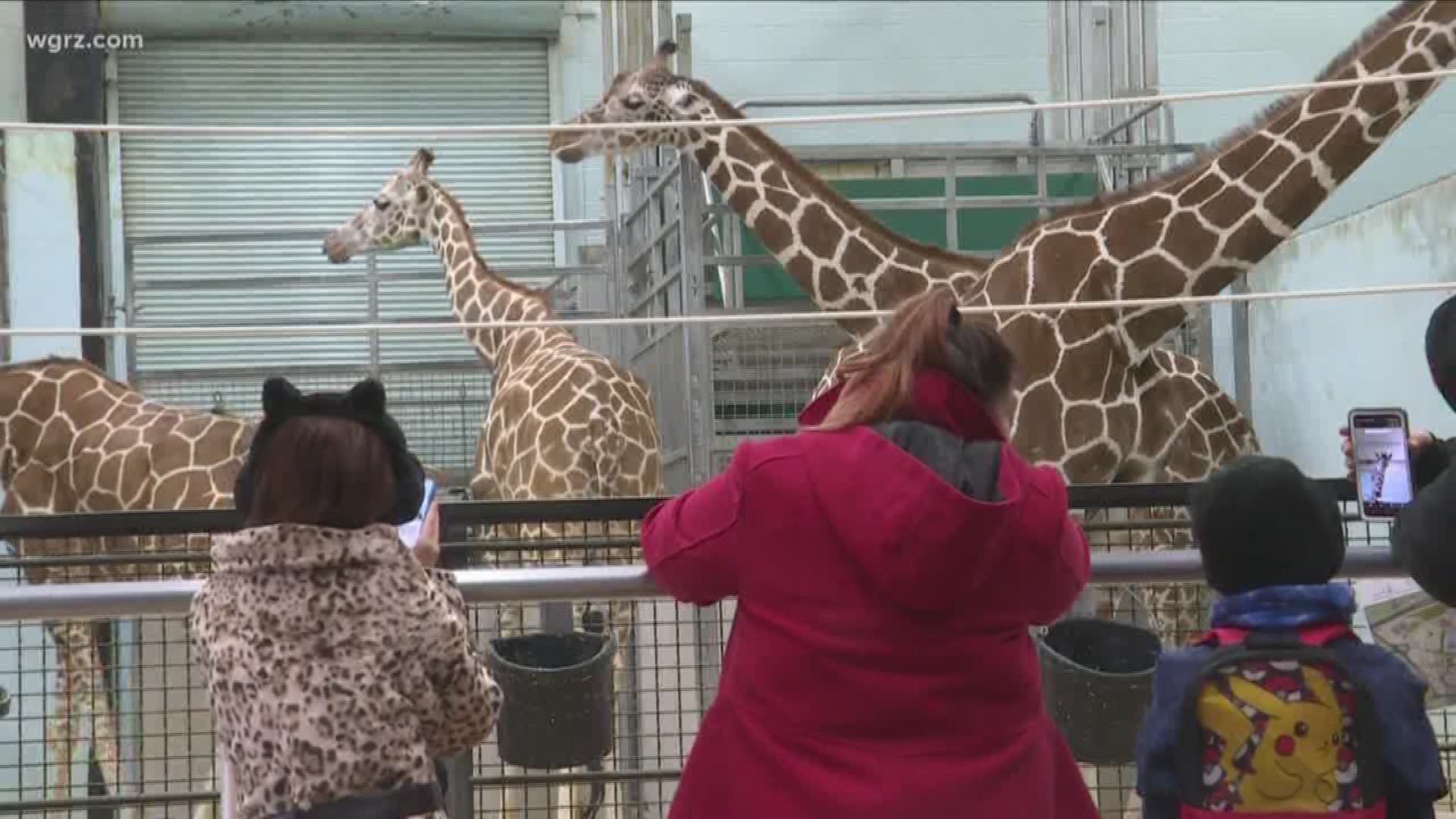 BUFFALO, N.Y. — They are beautiful and graceful, one of the planet's most recognizable creatures.

Still, like so many others, giraffes are facing some severe population declines that have gone almost unnoticed until relatively recently. That's why their plight is being called a silent extinction.

Overall, the species has a population of about 97,000. There are nine recognized subspecies and of these, three are listed as "critically endangered," and the other six range from "vulnerable" to "near threatened."

"For two of the subspecies, they're going down very rapidly, and there aren't very many left." Vanderwerf said. "So the Kordofan and the Nubian subspecies really only have about 2,000 left apiece."

Scientists were surprised when they discovered the steep decline because there has not been much research done on the species. Once it was discovered, it was not too hard to find the causes.

"There's great habitat loss, so a lot of their savannah and their scrub habitats are being turned into farmlands or they're being more urbanized," Vanderwerf said. "Drought can have a drastic effect on giraffe populations. We're noticing some changes with illegal hunting, with unrest in some of those areas in terms of wars and things like that."

Credit: Terry Belke
Giraffe Are The Tallest Animals On Earth.

Giraffes are perfectly adapted to thrive in their environment. Their long neck and prehensile tongue help them get at leaves high in treetops. Their powerful legs can deliver a devastating kick to ward off potential predators.

And another adaptation that Vanderwerf says may be their most essential.

Though Giraffes live across the planet, Western New Yorkers can still help these amazing animals. Sometimes all it takes is just a visit to the zoo, Vanderwerf said.