The Benefits Of Beekeeping

It's a fascinating hobby with a lot of upside. 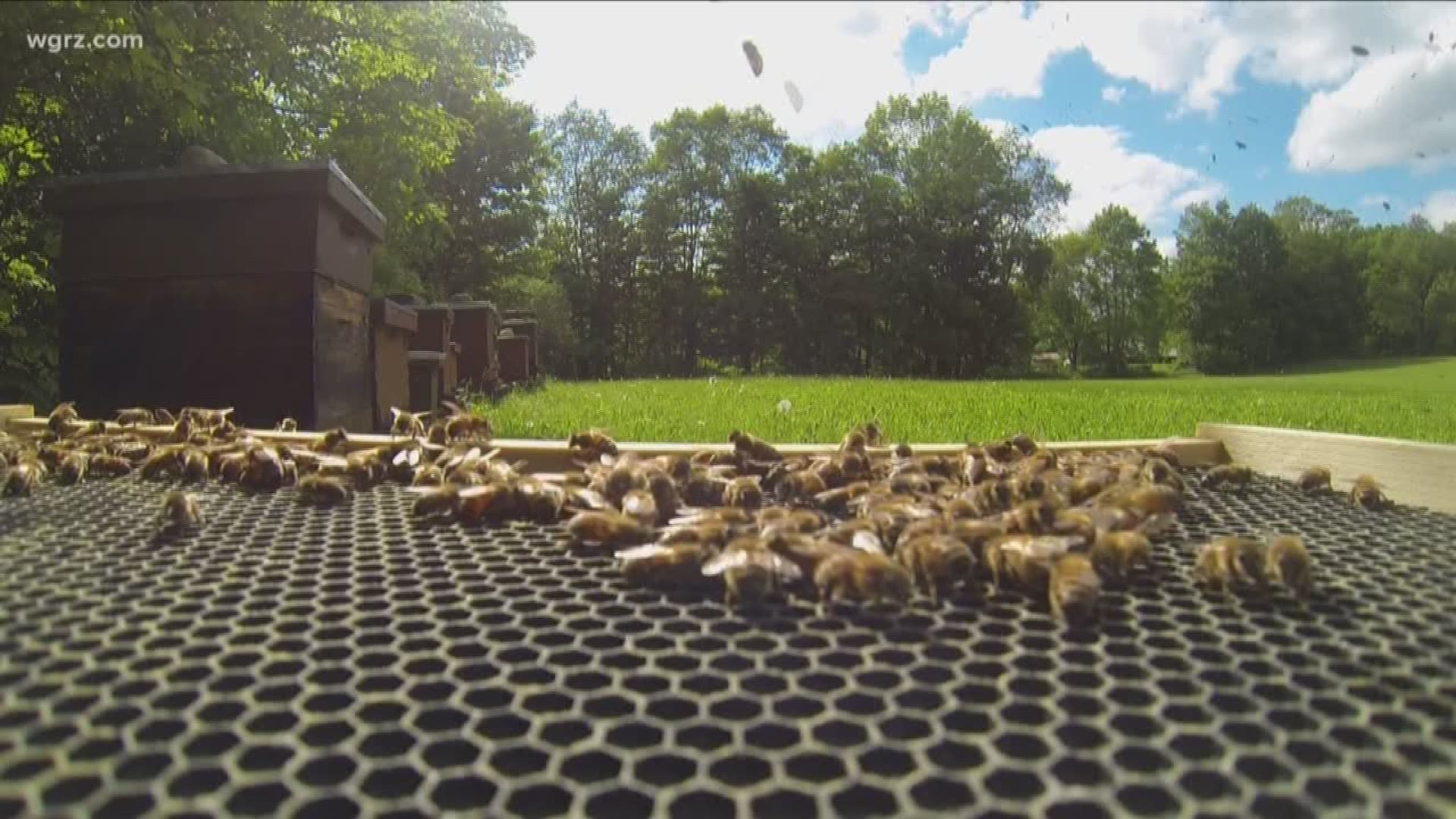 Honeybees are not native to North America, but they provide us with some important benefits. Though they comprise only a small percentage of total pollinators, they are responsible for pollination of many commercial crops and supply us with a number of other useful products.

Patricia Manning is a board member of the Western New York Honey Producers Association.

"While they're pollinating they also provide us with something, honey and wax for candles, and the pollen, the protein from the pollen people use, and even royal jelly, all those products are also useful for us, so it's kind of a symbiotic relationship there," she said.

Given their importance economically to agriculture in the United States, it's no surprise the concern over recent threats such as Colony Collapse Disorder and the destructive Varroa Mite. Perhaps that's one of the reasons a group of students have been gathering this winter for a series of classes in beekeeping at Cornell Cooperative Extension in East Aurora.

"I would think so. The environment is in trouble these days," says beekeeping student Linda Kasprzak. "So whatever we can do to help it out is a great thing for someone to do."

"I think we've all heard about Colony Collapse Disorder and various ways that bees have decreased in numbers," he said. "And it's important for our crops and everything else to make sure we have a good food supply for ourselves."

Credit: Terry Belke
Honey bees have been producing honey in the same way for 150 million years.

Manning says that getting started requires a bit of cash for necessities such as the materials needed to build hives, but that investment will amortize over time.

"There's some time investment, there's about $500, and then the bees cost about $100-ish, depending if you buy a package or a nuc, they're about a $100," Manning said. "But hopefully the wooden ware will last you for 30, 40 years. I mean, it lasts forever, and the bee colony, if everything goes right, can just keep propagating itself."

It's a hobby that can be done in one's own backyard, it's fascinating and fun, a great learning experience. But beekeeping could be also considered environmental activism at the most grass roots level ... the awareness gained from learning from Nature extends well beyond the hive.

"I tend to be an environmentalist as best I can," Kasprzak said. "I don't use pesticides or herbicides, I have an organic garden, I believe in all that stuff, and I believe that people should help the environment."

Added Manning: "So part of sustaining our earth is to work with the animals and plants that we have in such a way that everybody's benefited. So that's why it's important to learn about it. We realize we have a finite earth, we've got to protect it."