Brown agrees to televised mayoral debate; Walton does not

2 On Your Side has also extended open invitations to both candidates to join us live on Channel 2 News at 6 any night for a 5-minute interview with us. 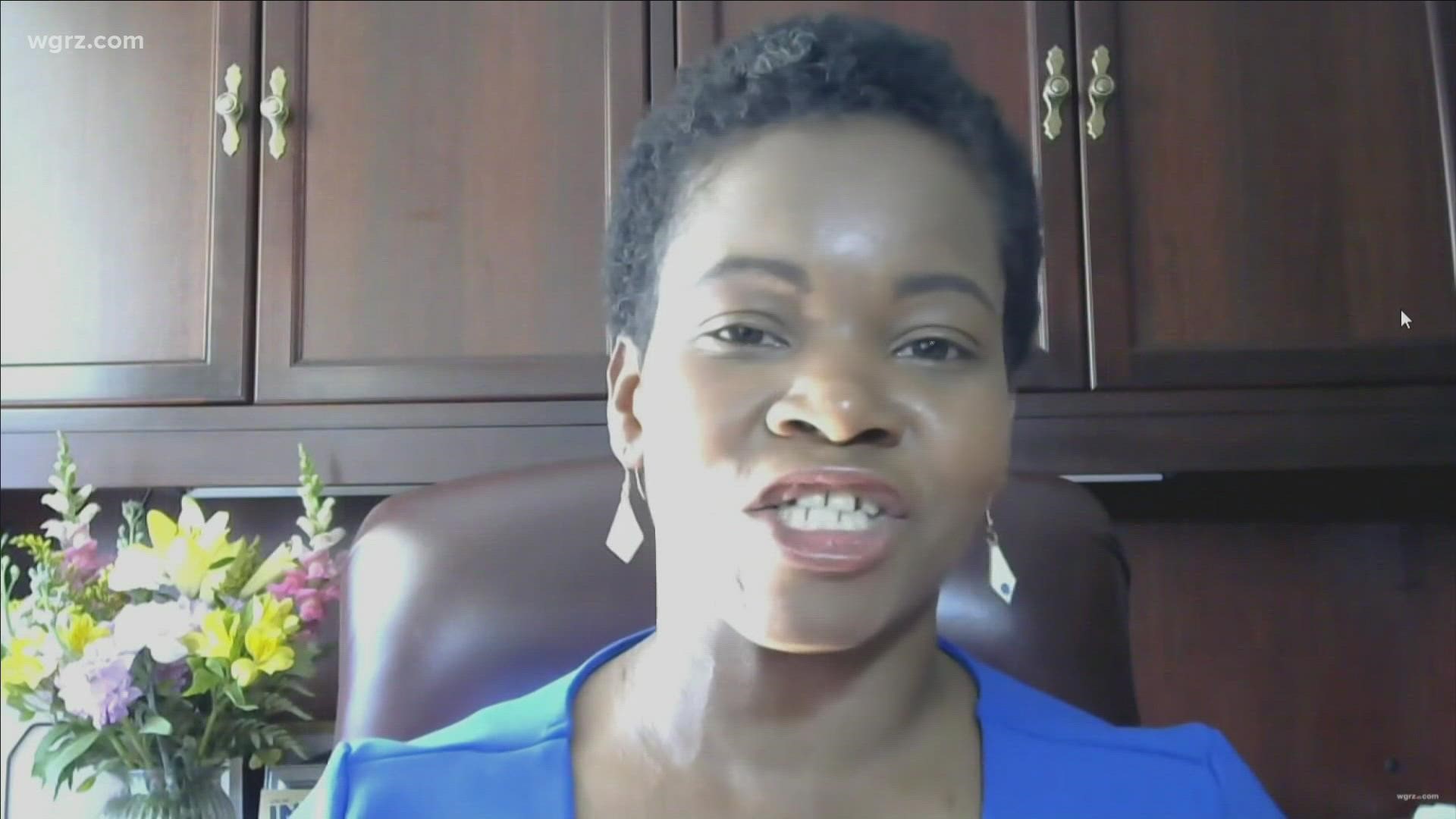 BUFFALO, N.Y. — For months, 2 On Your Side has joined The Buffalo News and Buffalo Toronto Public Media (WNED) to try to bring you a televised debate between Buffalo mayoral candidates India Walton and Byron Brown.

Unfortunately, that's not going to happen.

While Mayor Brown's campaign agreed to our debate, the Walton campaign did not.

If you remember before the June primary, the mayor did not want to debate Walton at that time.

After Walton won the primary and Brown announced his write-in campaign, 2 On Your Side's Claudine Ewing asked Walton if she would still debate him.

This is what she told 2 On Your Side in June:

"I'm always open to discussing my platform, my ideas and vision for the City of Buffalo. I believe it's very resonant with working class Buffalonians. When anyone wants to have a discourse about that, whether it be a write-in candidate or invitation to a block club, church group, or neighborhood group, I'm more than willing to have an open discussion."

2 On Your Side has been working to organize a debate ever since, and we received verbal commitments from both campaigns in early September, before the two debated at WUFO radio.

A lot has happened since then with court cases, rulings, and appeals, but we maintained our efforts to host a debate between the two candidates on October 12.

Mayor Brown's campaign did reply on Monday and accepted the invitation.

Her campaign spokesperson sent us a statement today, saying:

"We announced in August that we would be participating in one debate — one more than Byron Brown agreed to during the primary election — and we fulfilled that commitment earlier this month, roundly defeating the rest of the field. India Walton is the only candidate to have secured the nomination of a political party and the only name on the ballot in the mayoral race. While we made it clear that we were willing to consider another debate against the wide array of candidates who’ve announced write-in campaigns, we believe it would be inappropriate to elevate one of them above the others, especially the one violating election law and sinking hundreds of thousands of dollars into lying about us in vile attack ads. We’d like to reiterate our commitment to being open to and available for televised town hall events, which can serve as opportunities for Buffalo journalists and voters to hear directly from the Democratic nominee about her plans for building the safe, healthy Buffalo we all need and deserve."

2 On Your Side also received a statement from Mayor Brown's campaign, manager Conor Hurley.

"India Walton's refusal to debate in objective, open and transparent forums, after promising she would debate is not just disqualifying, it's disingenuous. In her own words: 'Are you willing to stand before the people of Buffalo and offer your vision for our city alongside mine? And if not, the question you need to ask yourself is, are you fit to lead a community whose call you won't answer?' The choice in this election couldn't be more clear, it is a choice between proven results and false empty promises. Write Down Byron Brown"

2 On Your Side has also extended open invitations to both candidates to join us live on Channel 2 News at 6 any night for a five-minute interview with us.

That would be their chance to talk about the issues you want to hear about before the November election.

We'll let you know if and when the candidates agree to that.