Mayor Brown loses 2 court decisions, for now he will not be on November ballot 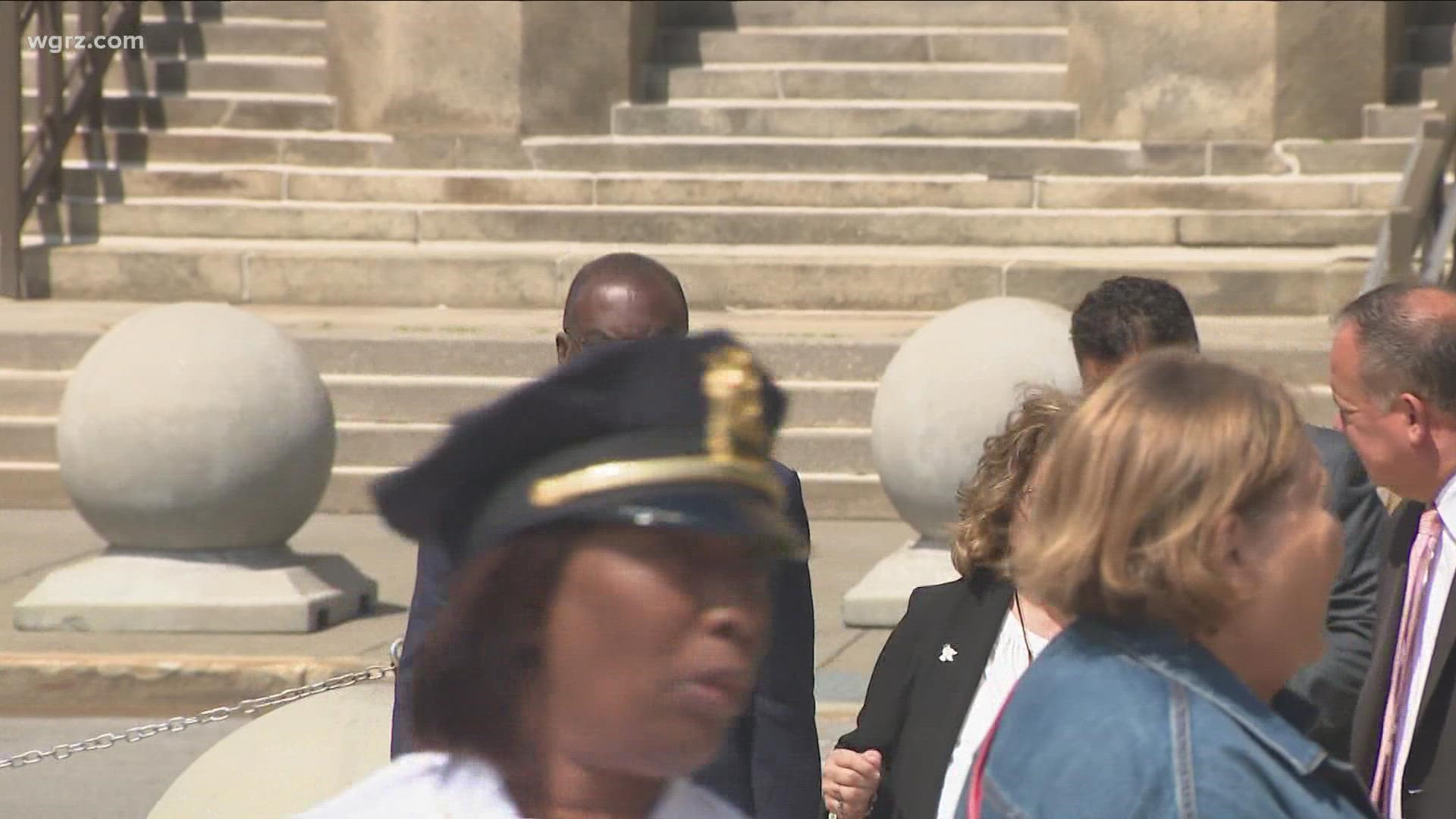 BUFFALO, N.Y. — Buffalo Mayor Byron Brown suffered two losses in court on Thursday in his attempt to get his name on the November ballot, as he seeks a fifth term at City Hall after losing the Democratic primary to India Walton.

First, a New York State appellate court ruled that Brown "first chose to participate in the Democratic primary election in lieu of filing a timely independent nominating petition. States are constitutionally permitted to preclude candidates who lose one primary election from subsequently running on another ballot line."

Then a short time later, the U.S. Court of Appeals for the Second Circuit issued a stay that invalidates U.S. District Court Judge John L. Sinatra's September 3rd ruling that ordered the Erie County Board of Elections (BOE) to place Mayor Brown’s name on the November ballot on a minor party line.

Erie County Republican Elections Commissioner Ralph Mohr said this latest ruling means Mayor Brown's name will not appear on the November ballots that start getting mailed out Friday, though there could be further court action.

BREAKING:
The United States Court of Appeals Second Circuit has issued its ruling in regards to November's mayoral election. A judge ruled Mayor Byron Brown will NOT be on the ballot.
This ruling came down right after a state appellate court ruled in favor of India Walton@WGRZ pic.twitter.com/UFg4OIq6uD

“Today the Fourth Department in Rochester, the appellate division, heard the arguments on the case and reversed the lower state court ruling,” Mohr said. “And that decision was followed minutes later by a federal court panel sitting in New York City where the 3 judge panel stayed the lower court decision which ordered us to place his name on the ballots. Mayor Brown's name will not be on the ballots that we are mailing out tomorrow. Each of those decisions can still be appealed.”

"We are disappointed by the decisions in federal and state court today. We believe that the initial rulings were correct and properly granted ballot access for the Mayoral election in the City of Buffalo," said Conor Hurley, Campaign Manager of Brown for Buffalo. "Despite our disappointment, we respect the Court’s decisions and will not disparage or denigrate anyone involved in them, as our opponent and her supporters have done over the last two weeks.

"Our campaign remains focused on what has sustained us all along, which is ensuring that Buffalo’s progress continues, and that no matter what method people vote by, that they will have the ability to cast their vote for a qualified and experienced candidate. In November, Mayor Byron Brown will prevail. Write Down Byron Brown."

The Erie County Board of Elections last week decided to wait to print ballots in the race while obeying court orders simultaneously.

"We are very glad the Fourth Department has upheld the rule of law," Walton said in a statement. "Buffalo voters deserve clear, transparent election laws. This decision is an acknowledgement of the duly elected New York State legislature’s right to set our political calendar.

"If everyday Buffalonians are late on rent, parking fees, or school assignments, they face consequences. There is no reason the rules should not apply to my GOP-backed opponent as well."

When Brown lost the Democratic primary to Walton back in June, he gathered petition signatures seeking an independent line on the ballot for a new “Buffalo Party”.

Both Erie County Board of Elections commissioners, one a Democrat and one a Republican, rejected the petitions, noting they were almost three months late. The Brown campaign’s legal team responded by filing challenges in both state and federal court, claiming the state election law deadline for independent candidate petitions was unconstitutional.

Judges in both cases ordered Brown’s name on the ballot with preliminary injunctions. Both decisions were then appealed, and Walton’s attorneys secured a temporary order blocking completion of the Buffalo mayoral ballot.

2 On Your Side has reached out to the Byron Brown campaign for a response to these rulings and we are still waiting to hear back.