2 On Your Side asked both campaigns: What are your plans for the Buffalo Police Department? 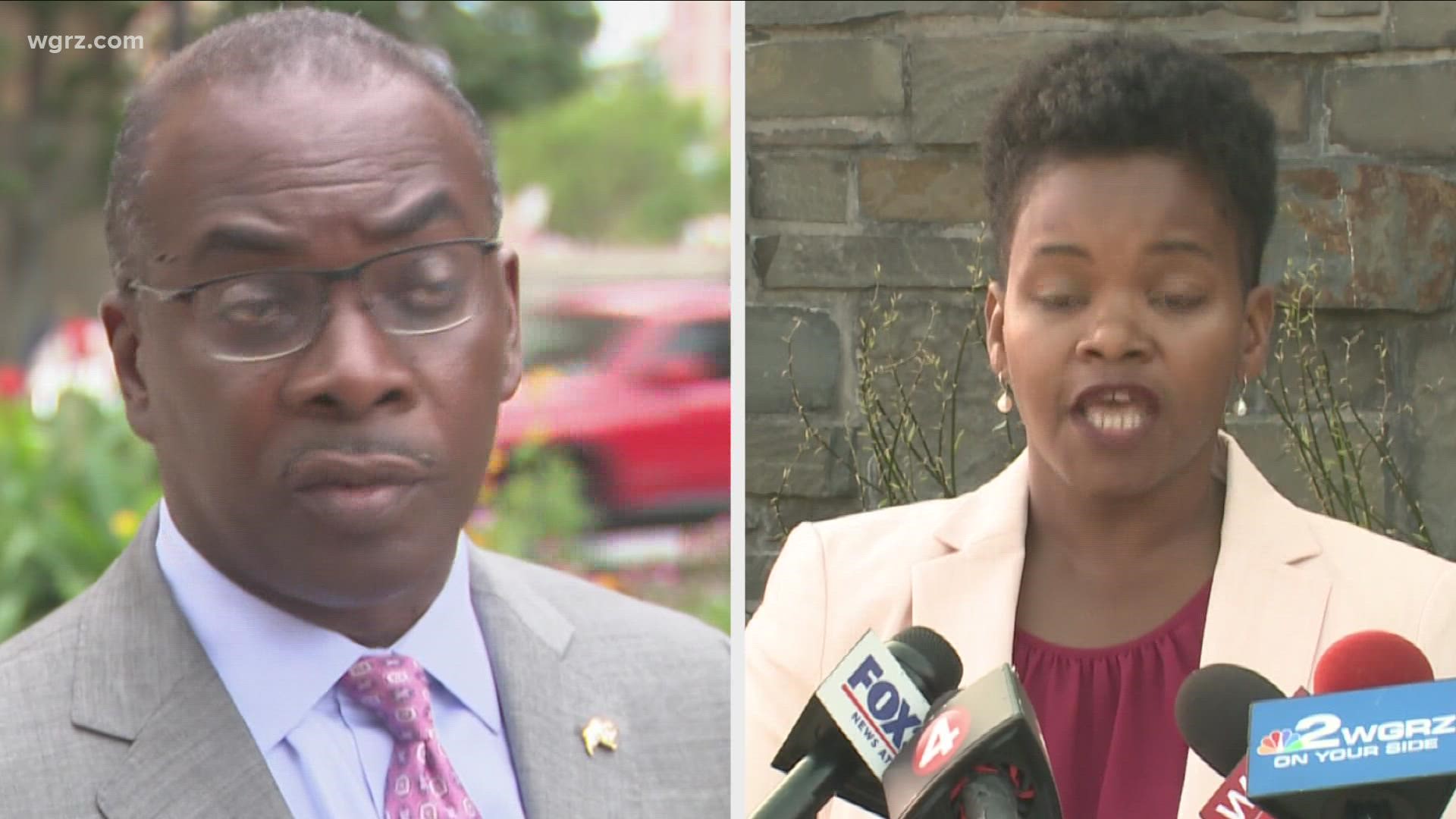 BUFFALO, N.Y. — This week's hot topic in the Buffalo mayoral race has been funding and staffing for the Buffalo Police Department.

It started earlier this week, with a Byron Brown ad that alleged India Walton would make $7.5 million in cuts from the department and lay off 100 police officers if elected this November.

Walton's campaign responded by saying a Partnership for Public Good study shows that up to $16 million could be cut without laying off a single officer.

On Friday, 2 On Your Side asked both campaigns: what are your plans for the police department?

"Well I think the (Partnership for Public Good) report is a good outline for the beginnings of thinking through a plan, it identifies places where there is bloat in the police department budget, it identifies many budget lines where the rolls are vacant, where if we eliminated those budget lines we would not have to fire a single police officer," Myerson said.

Myerson added: "We want to invest in data-driven, evidence-based solutions that would really get at the root cause of community violence, rather than simply punishing it after the fact. That's India Walton's commitment."

2 On Your Side asked Mayor Byron Brown, who is running a write-in campaign for his fifth term in office, what he plans to do.

"Well we continue to train members of the Buffalo Police Department in de-escalation, we train all of our officers to be community police officers, we created a new behavioral health team to work with commissions from Endeavor Health Services to respond to mental health calls," Brown said. "That unit, since established, has successfully responded to 800 mental health calls without incident."

Walton has said she would cut millions in funding from the police department, that she plans to reallocate for other services. When asked for more details about that plan, Myerson said one hasn't been drafted yet.

"I would love to give you a really comprehensive plan, I would love for India Walton to have the time. Unfortunately, we don't have that luxury because Mayor Brown did not accept the will of the Democratic voters, instead decided to continue challenging India Walton for the role of mayor," Myerson said.

In response, Brown said, "That statement is absolute nonsense."