Supporters at Walton's event said they support her because of her track record as an activist and an ally for LGBTQ people. 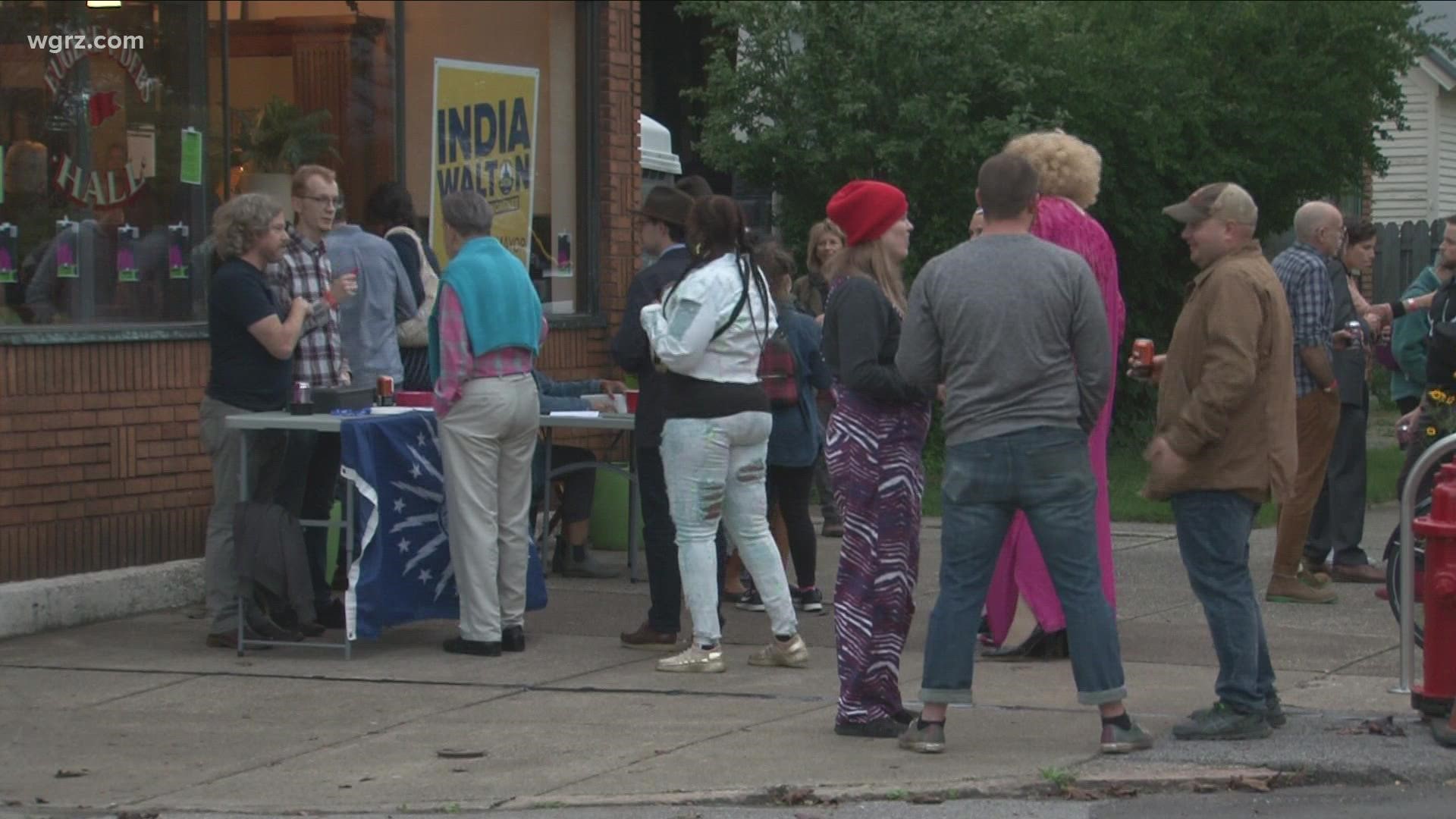 BUFFALO, N.Y. — As the race for Buffalo's City Hall heats up, Democratic primary winner India Walton and Mayor Byron Brown are competing for more of the city's vote.

Some members of Buffalo's LGBTQ community and allies came together on Thursday night to support Walton.

Brown is hosting a similar "Pride on his Side" event next Thursday. His event will be from 5 to 7 p.m. on Thursday, September 30 at Club Marcella on Pearl Street in downtown Buffalo.

Supporters at Walton's event said they support her because of her track record as an activist and an ally for LGBTQ people.

"There is a gap in disparity that is consistently growing and is not being addressed," said event organizer Alexandre Burgos-Gonzalez. "I think we see things like communities of color, LGBTQ communities, there's still a lack of justice.

"We're currently operating in this city under a system that operates as a retributive justice system rather than a restorative justice system. This disproportionately effects LGBTQ people, people of color, and other marginalized voices."