Say hello to 'Squishy,' the Pacific red octopus at the Aquarium of Niagara

Aquarium of Niagara announces the top vote-getter out of three choices for the name of its newest resident. 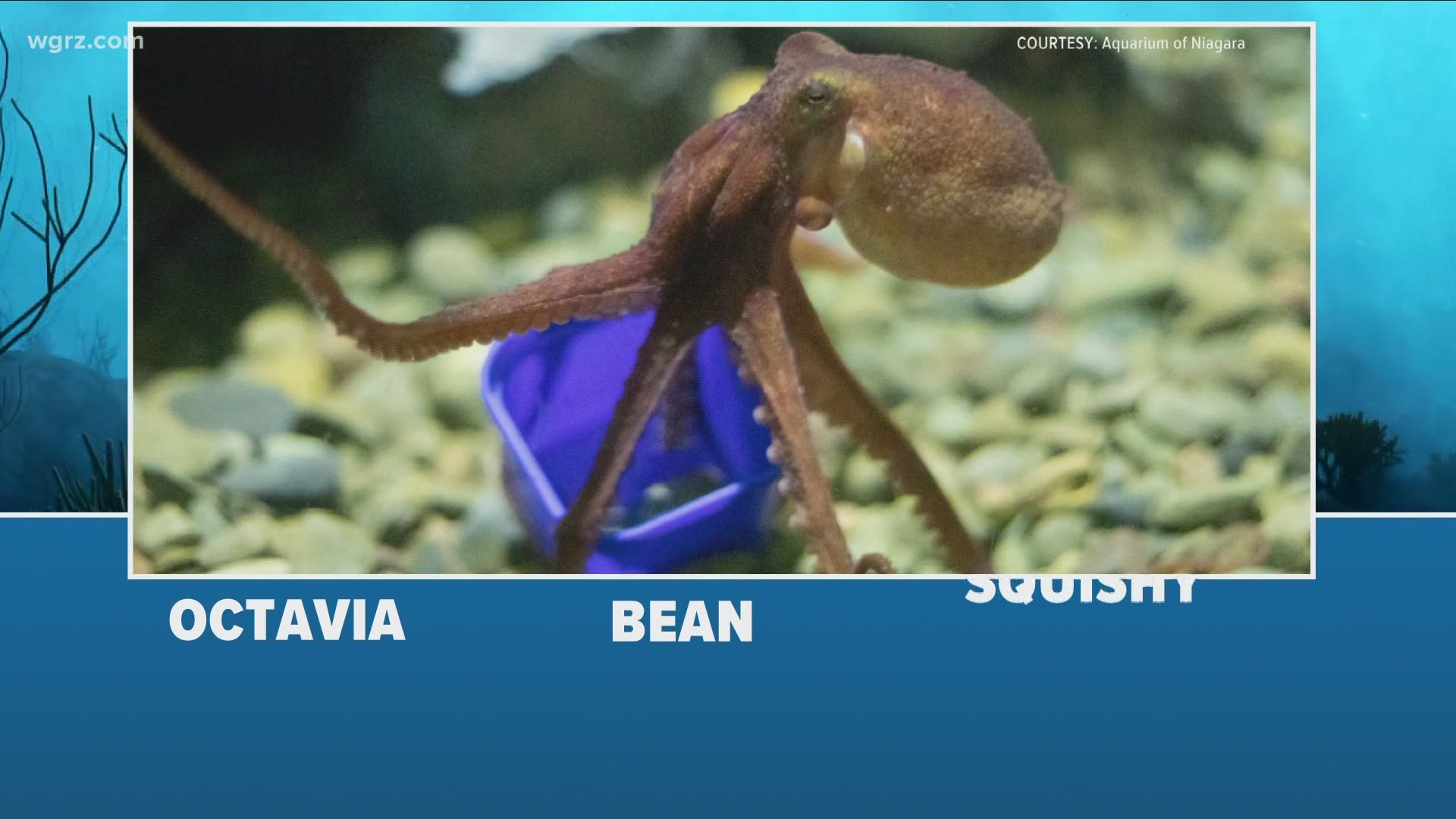 NIAGARA FALLS, N.Y. — And the winner is....Squishy! The Aquarium of Niagara announced the winning choice out of three possible names for its new female Pacific red octopus.

The arrival of Squishy has been much anticipated since the passing of the Aquarium's giant Pacific octopus, Babs, in November 2020. Her arrival had been delayed due to the pandemic and on-going closure of the United States-Canada border.

The Pacific red octopus is found in tidal pools along the American west coast from Alaska to the Baja Peninsula.