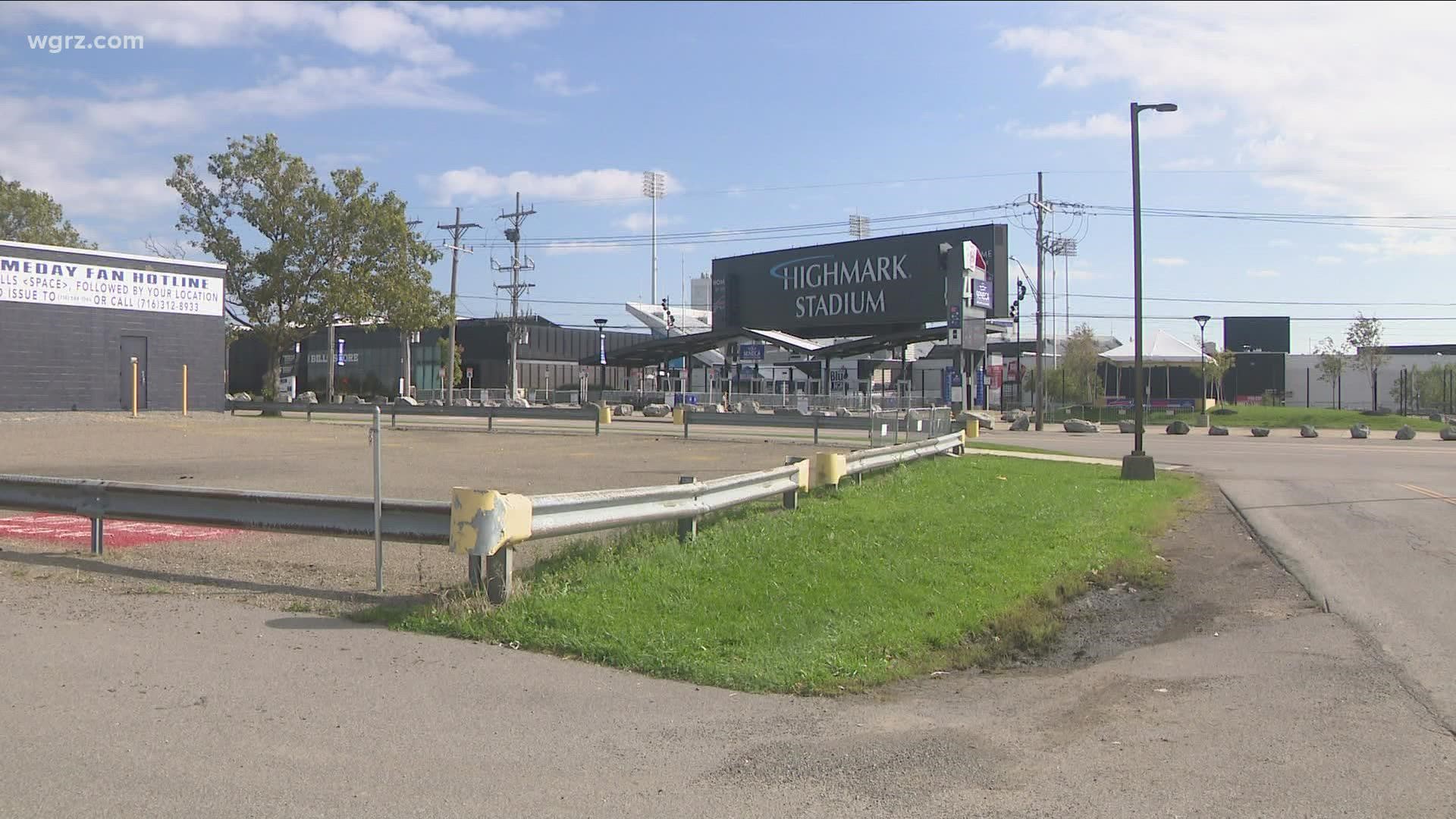 BUFFALO, N.Y. — Is a new stadium in Buffalo for the Bills on the mind of Gov. Kathy Hochul?

2 On Your Side has obtained a copy of the contract between Empire State Development (ESD) and AECOM, a multinational engineering and consulting firm. The company was hired in September to do a stadium study. AECOM agreed to do the work for $150,000.

The contract paperwork makes two references to a possible stadium site in the City of Buffalo. The first reference is in the job description that was put out when the state was seeking bidders for the work.

RELATED ARTICLE:  When could the public see the results of the state's study surrounding the Buffalo Bills' new stadium?

Under "Scope of Work," the winning bidder for the job was expected to conduct "feasibility analysis of proposed (stadium) sites in Buffalo and surrounding areas."

In a letter from AECOM to ESD Senior Council Stephen Gawlik, there is a notation on the possible stadium sites to be examined. They include: "Orchard Park Site: New Build or Renovation," "South Park Site," and "additional sites that should be evaluated."

Separately, 2 On Your Side has learned the site to be examined is in the Old First Ward, along South Park Avenue, between Louisiana and Hamburg streets.

Again this is one of possibly several sites AECOM will be asked to analyze and come up with a cost estimate.

The Bills have already declared their preference is a new 60,000 seat stadium across the street from its current home Highmark Stadium in Orchard Park. The estimated cost of this site is $1.4 billion according to Ronald Raccuia, executive vice president of Pegula Sports and Entertainment.

In an interview on WBEN in early September, Raccuia was asked why the organization preferred Orchard Park rather than in downtown Buffalo. Cost was the reason cited by Raccuia, "We have a budget of $1.4 billion for new stadium in Orchard Park. That same exact stadium, if you moved it downtown, the price jumps to $1.9 billion and that does not include the hundreds of millions of dollars of infrastructure costs that would go along with a downtown stadium."

Two weeks ago at an appearance in Lewiston, Gov. Hochul was asked whether a downtown stadium site was still under consideration in talks with the Bills. Hochul did not respond to the question.