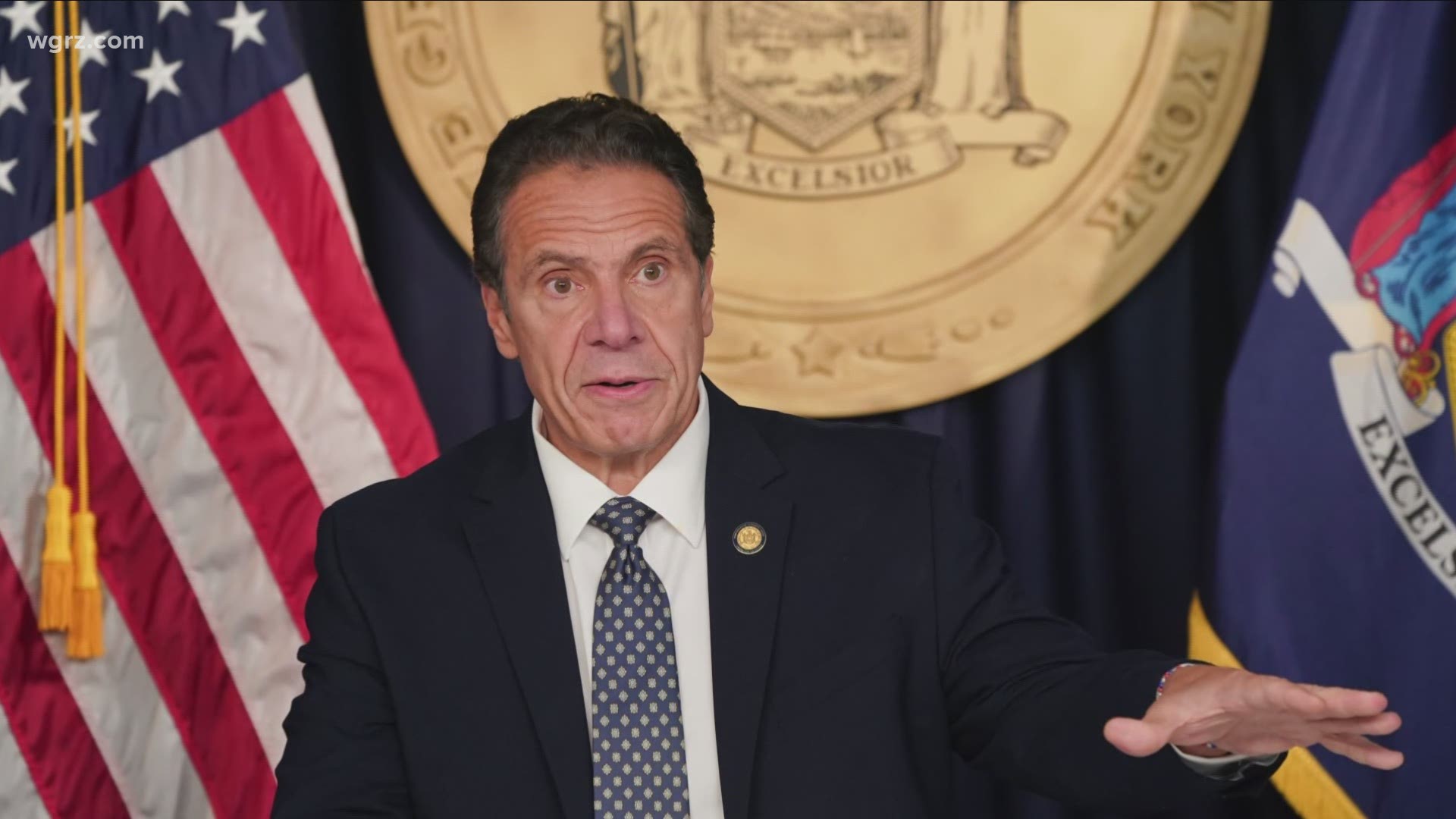 BUFFALO, N.Y. — 2 On Your Side is investigating how much you are paying for the investigations into the alleged sexual harassment allegations against Gov. Andrew Cuomo.

One investigation is being overseen by the state Attorney General’s Office, the other is led by the state Assembly Judiciary Committee.

"I would think an investigation of this magnitude with this many complainants, this many potential witnesses, document discovery, I think you're looking four to six months out would be very optimistic," legal analyst Barry Covert said.

Thousands of dollars are spent every hour as attorneys for law firms outside state government investigate claims of sexual harassment against Gov. Andrew Cuomo.

There are two primary investigations going on – one overseen by the state Attorney General's Office – and the other an impeachment inquiry conducted by the Assembly Judiciary Committee and led by attorneys at Davis Polk & Wardwell.

According to a contract we've obtained through a public records request, top lawyers working for the committee are making $600 per hour. Paralegals are making $250 an hour, and the committee's investigation is capped at $250,000.

"While that seems like a lot of money, that will be hit pretty quickly with a number of lawyers they'll be using and paralegals," Covert said.

This is on top of what we reported last month with top attorneys hired by the state Attorney General's Office making $750 per hour, which is actually a discounted rate. There is no cap on costs related to the AG's investigation.

We're hearing from a member of the Assembly Judiciary Committee on the status of its investigation.

"We are receiving information, and I have to be very careful, but what I can tell you is that we are doing our work very deliberately, taking this very, very seriously, and I'm hopeful that we will continue to move in an expedited manner," Assembly Member Michael Norris said.

Is Norris satisfied with the pace of the work on this task?

"I believe that we should be moving at relatively more quickly on the situation and meeting more often. Beyond that, that's all I can say at this point in time," Norris said.

There remain at least nine accusers who have publicly come forward with claims of sexual harassment against Governor Cuomo who has denied any wrongdoing.