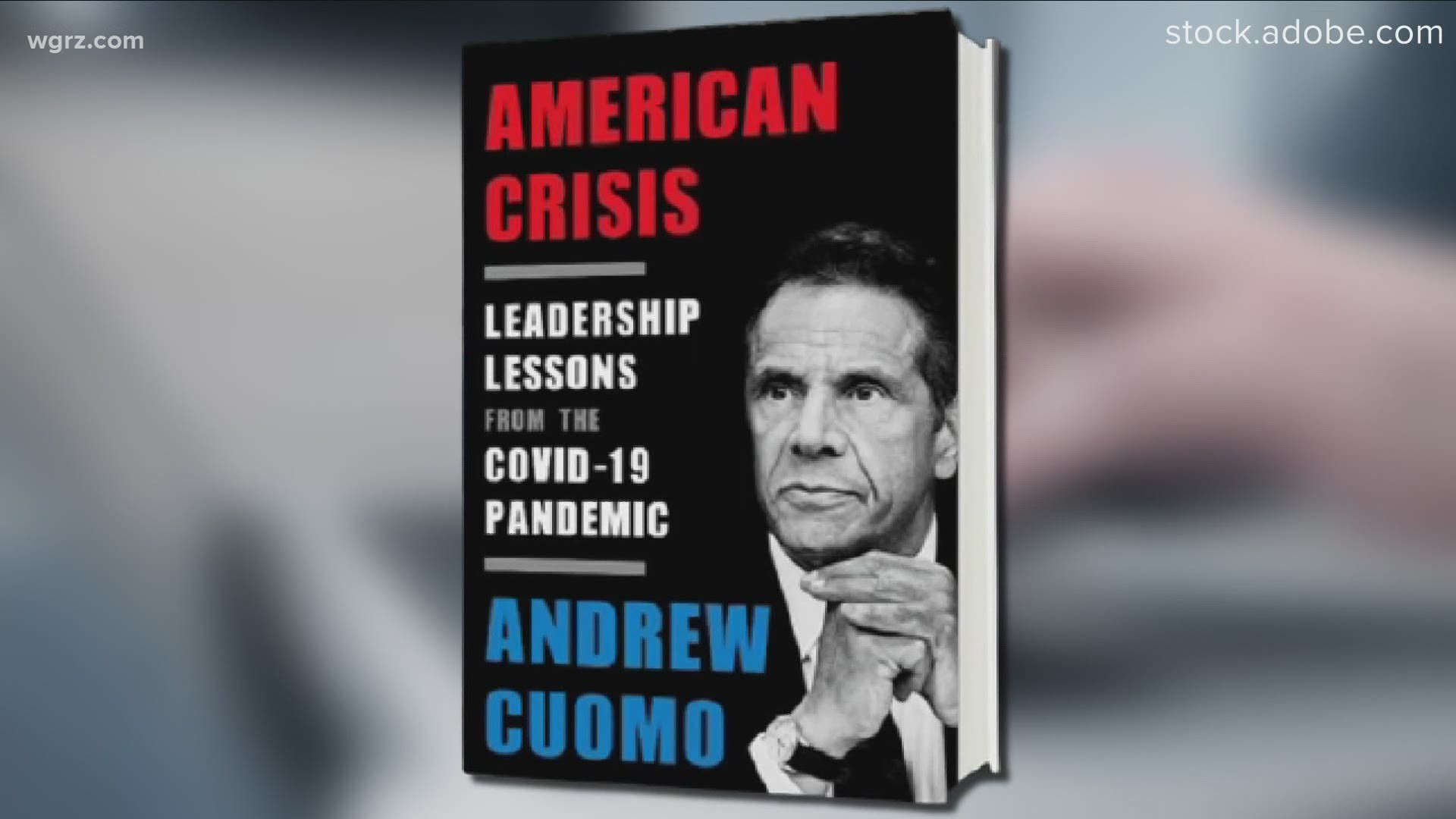 NEW YORK — The New York State Comptroller's office has given the go ahead to the New York State Attorney General to begin a possible criminal investigation into Governor Andrew Cuomo's most recent book on the COVID-19 pandemic.

As first reported by the New York Times, the allegations involve his staff members and his recent book. There are allegations that some of Cuomo's staff members worked on his book called American Crisis: Leadership Lessons from the COVID-19 Pandemic, which would be a violation of the public officers law.

Before the report was released Monday, Governor Cuomo was asked during his press briefing, how much were you paid for the book? And did any staffers help you write it?

2 On Your Side legal analyst, attorney Barry Covert said these allegations are very serious and said during the investigation the Attorney General's office will be working to create a timeline of the creation of the book.

"Whether that was done on state property, whether it was done in the Governor's mansion or in the Executive offices," Covert said. "Whether it was done utilizing state resources, state computers, phones, paper, copy machines. Whether staff was being paid and whether or not they were on duty and supposed to be working for the state on the time that they would've been working on the book, if that's the case."

The book is also part of a the impeachment investigation against Gov. Cuomo by the New York State Assembly Judiciary Committee.

Cuomo has come under fire lately and is being investigated by the New York State's Attorney General's office for allegations of sexual harassment and inappropriate behavior.

A spokesperson for the New York State Attorney General's office says they have received the referral, but "won’t comment further on an ongoing investigation at this time."

Here is the letter State Comptroller Thomas DiNapoli sent to @NewYorkStateAG to begin an investigation into the possible use of state resources to write the Governor’s book.