The play spaces were closed during the COVID pandemic, but they have officially reopened. 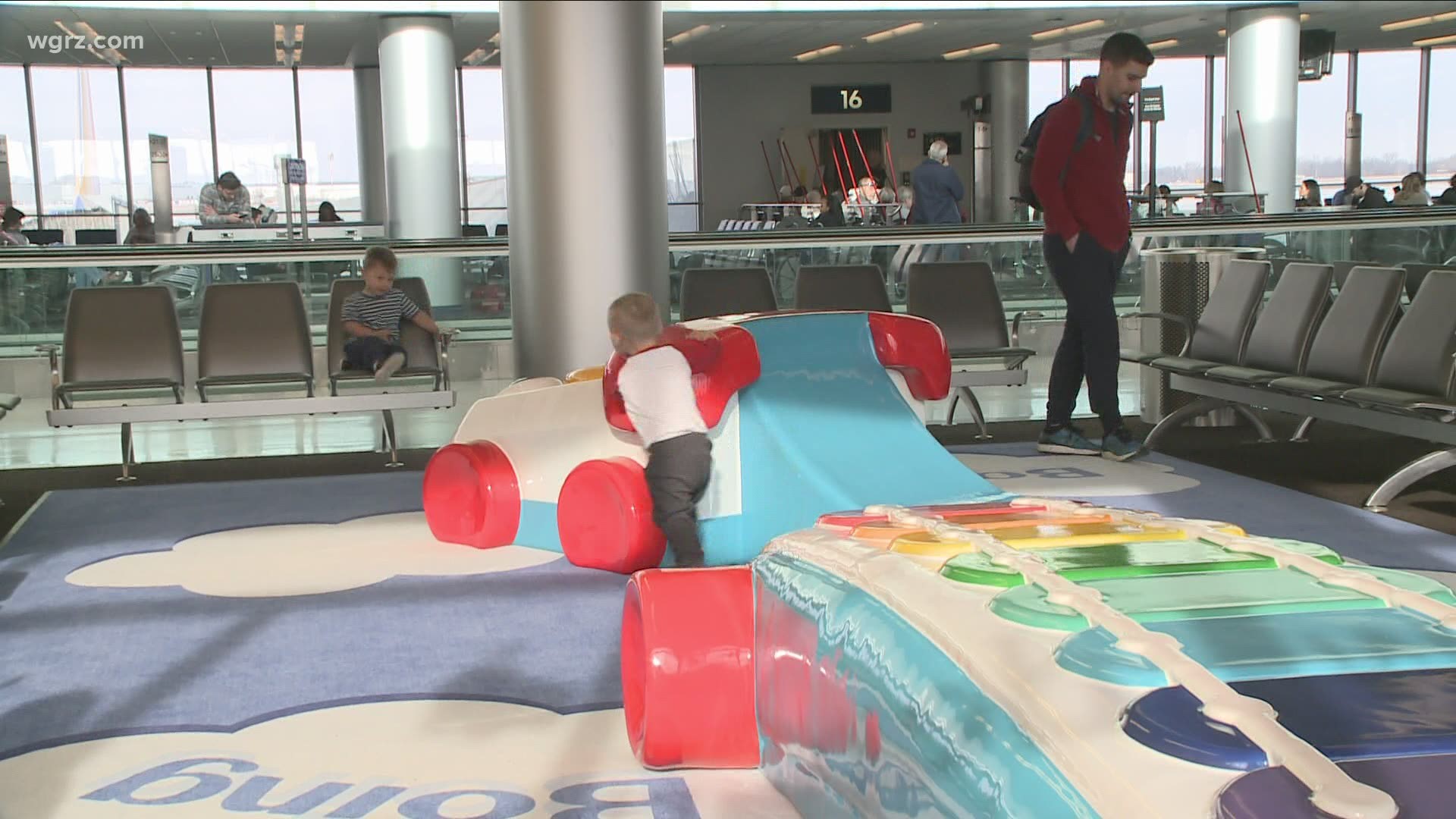 CHEEKTOWAGA, N.Y. — The Fisher-Price "play gates" at the Buffalo Niagara International Airport will once again be accessible to children.

Fisher-Price partnered with the NFTA to create the three play gates, which were unveiled in January of 2020. However, the play spaces have been closed throughout the COVID pandemic.

As of Wednesday, the play structures have officially reopened, and according to the NFTA, the play spaces have been updated with enhanced cleaning precautions.

Fisher-Price partnered with the NFTA to create three play gates in the airport. Each play area is designed to replicate a classic Fisher-Price toy, and they were designed with both children and parents in mind.

The attractions are located at gate two, Gate 9 and Gates 19 and 21. The play structures feature larger-than-life versions of classic Fisher Price toys, such as Rock-a-Stack, the Chatter Telephone, and Thomas the Tank Engine.

Fisher-Price general manager Chuck Scothon told 2 On Your Side last year when the play gates opened, that each small playground was intended to help keep children distracted while traveling.