In Buffalo, the TSA says the checkpoint experience is different than many remember as more travelers return to the sky. 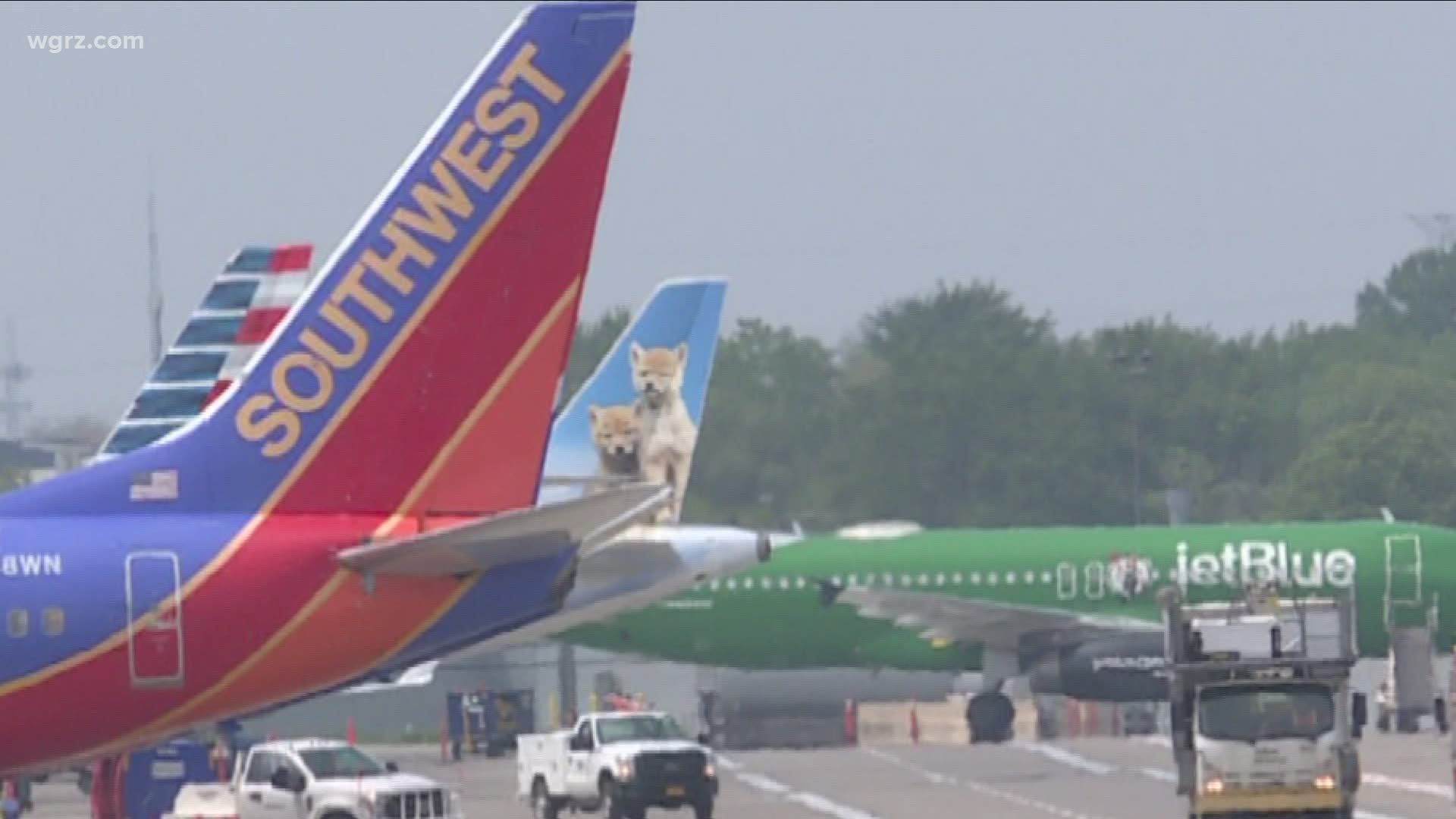 But increasingly, as concerns regarding the COVID-19 pandemic wane, a lot of people are boarding planes again.

"If you were standing here last year we were probably doing less than 100 passengers a day,” said Niagara Frontier Transportation Administration Director of Aviation William Vanecek, as he looked around the Buffalo Niagara International Airport on Tuesday.

However, while passenger levels have steadily increased, Buffalo’s airport is still lagging many others in traffic, primarily due to the continued absence of Canadian travelers.

Canadians made up about 30 percent of the travelers prior to the pandemic, and with the border still closed, their absence continues to be felt.

The situation is even worse at the NFTA run airport in Niagara Falls, where Canadians made up 80 percent of the pre-pandemic travelers.

According to Transportation Security Administration Federal Security Director Bart R. Johnson, who supervises TSA operations at all the commercial passenger airports in New York State outside of the New York City metropolitan area, some airports across the country are now at the same level of passenger traffic as they were prior to the pandemic.

Especially at so called “destination” airports, such as in Orlando, Florida, which most travelers fly into when visiting Walt Disney World, one of the nation’s top tourist spots.

“In fact, just this morning I was tasked to send some our TSA officers (from upstate New York) down to Orlando to assist them with the throughput they're experiencing," Johnson said.

Has it been a while since you’ve flown? Thinking of returning to the skies? There will be differences from what you remember pre- #pandemic. (And how do they do a socially distanced pat down?) Tonight at 5pm on @WGRZ TV 2 #Buffalo pic.twitter.com/oxCZa9jISn

The rules of what you can and cannot bring on a plane are the same as you might recall, as are the security measures passengers experienced prior to the pandemic.

Although there are some of those measures now designed to minimize contact between airport personnel and passengers, through the use of technology such as ticket and document checkers.

"It’s where you hold your license or other ID up to it so it indicates whether you are on a flight and you are authorized to be on that flight…and that’s touchless," said Johnson.

There's plexiglass between travelers and the TSA agent to whom they present ID at the security checkpoint prior to going through airport scanners, who utilize another relatively new device to check the ID presented.

“It has credential authentication technology embedded within it to determine whether or not a form of ID is valid to or fraudulent, and to verify if you are on the flight you say that you are,” Johnson explained.

While a “socially distanced” pat down would seem oxymoronic, they've addressed that too… although it was made clear to us that you’ll have to just wait and find out for yourself what that entails.

“We did change some protocols to reduce our having to put our hands on people, which I can't really disclose in terms of how or why… but those are also some of the things we’ve done,” Johnson said.

Masks Required for All

While mask requirements have been dropped in many public settings, airports are not among them.

Whether someone is vaccinated or not, they are required to wear a face covering not only on flights but anywhere on airport property as well, even if they are outside of a terminal.

Violators risk being removed from airport property and a fine of up to $15,000.

Meanwhile, according to the FAA, airlines have reported about 2,500 cases of unruly passengers this year, including 1,900 cases which began as squabbles regarding a passenger's refusal to wear a mask.

These include disputes which sprang up between passengers and crew, and sometimes between fellow passengers.

“Basically, it’s simple,” said Johnson. “Just get on the plane, mind your own business, follow the rules and you won't get jammed up. And if you do get jammed up, as has happened several times recently at airports in upstate New York, you’ll get arrested.