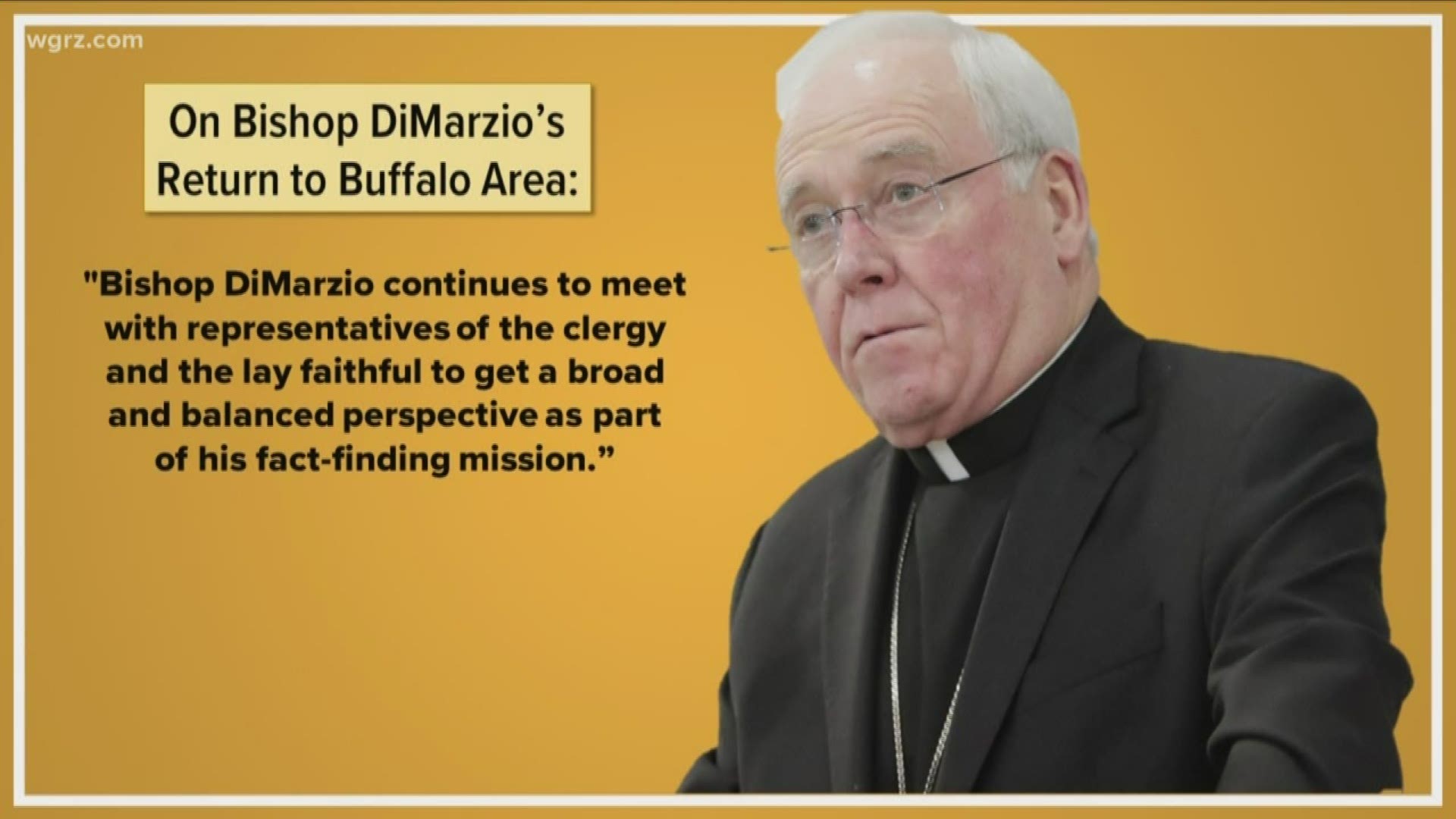 AMHERST, N.Y. — A Two On Your Side exclusive hidden camera investigation found that the investigation into the Buffalo Roman Catholic Diocese and Bishop Richard Malone's handling of the clergy sex abuse scandal continued in Amherst on Tuesday.

Brooklyn Bishop Nicholas DiMarzio was spotted at the Amherst Marriott on Tuesday morning as he continues his review. Two On Your Side saw the Bishop emerging multiple times from a private room at the hotel restaurant near the lobby.

The Bishop would escort visitors to the room where he and another priest met with these people. Most interviews lasted from 15 to 30 minutes and most interview subjects appeared to be clergy.

When the investigation is complete, the report will go to the Vatican for review and possible action.

Two On Your Side reached out to the Buffalo Diocese, which released a statement from Bishop Malone.

"Bishop DiMarzio continues to meet with representatives of the clergy and the lay faithful to get a broad perspective as part of his fact-finding mission," the statement from the diocese read.