A WNY couple is trying to stop Tre'Davious White from buying a home in Orchard Park. The Cercones say they had already signed a contract to buy it. 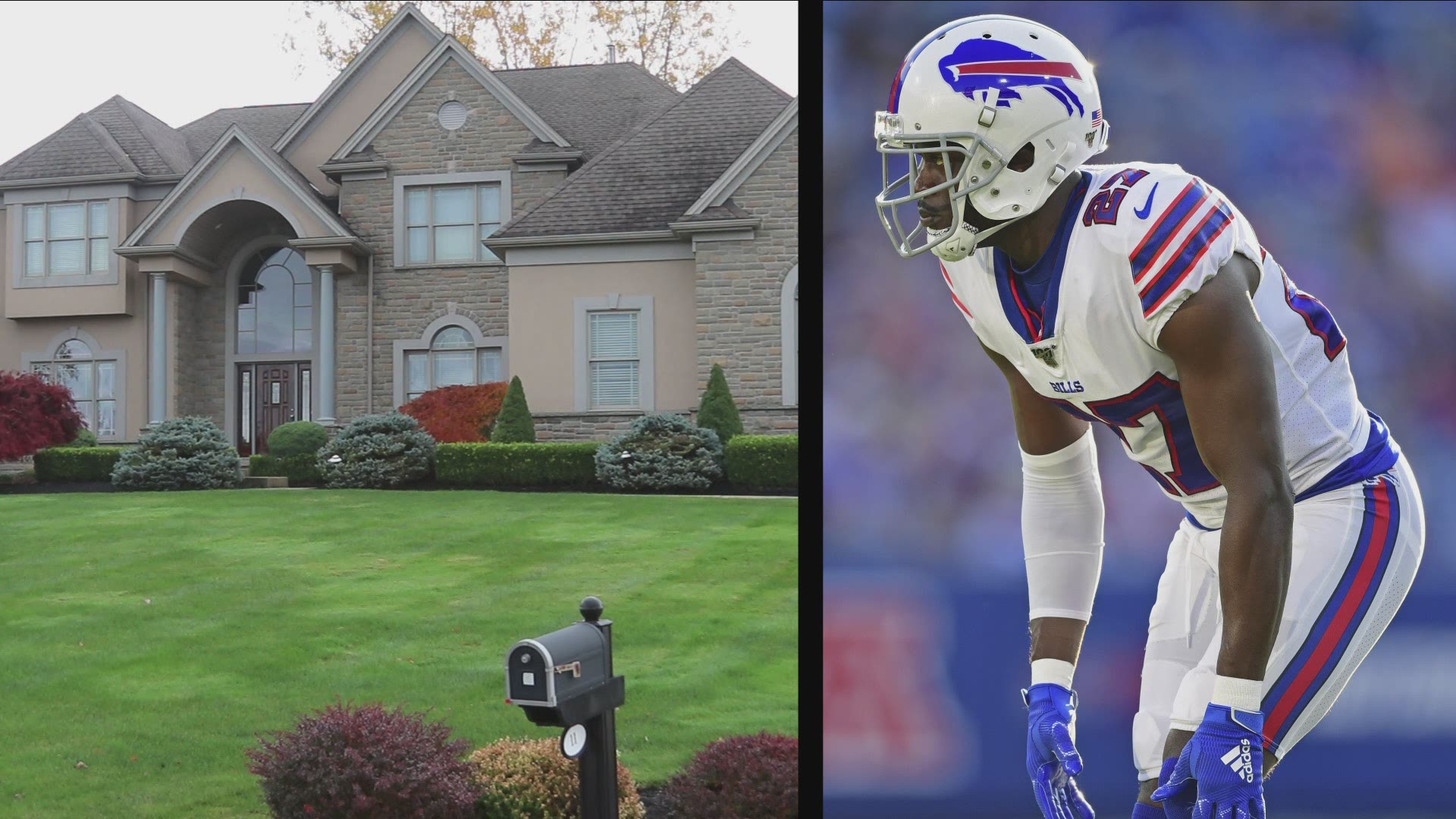 ORCHARD PARK, N.Y. — Star Buffalo Bills cornerback Tre'Davious White seems to feel right at home in Buffalo. But getting an actual home in Orchard Park has hit a challenge, as reported earlier this week by our Buffalo Business First partners.

The people who say he outbid them say the home he's trying to buy should be theirs, and they're fighting him in court.

The court paperwork alleges Marco and Kari Anne Cercone signed a contract earlier this month to buy 11 Kingfisher Court in Orchard Park from Brian and Siobhan Smith, listed at $749,900, before White put in an offer the sellers liked better.

The defendants are listed as White, the Smiths, the real estate agent selling the house, the company he works for, and three people unknown to the Cercones.

The court document shows the Cercones had their inspection scheduled for October 17, but on October 16, they say the seller's agent contacted them to let them know they received another contract from another agent and asked them if they wanted to increase their offer.

The filing says Marco Cercone said he would not do that and any effort by the defendants to "back out of their agreement to the plaintiffs' offer was outrageous and would be vigorously litigated, if necessary."

"After you sign a contract, you're supposed to get it right over to your attorney, and then there's a three day period by which the attorney can reject the contract," Schmidt said. "Usually, that's done for specific reasons. Let me tell you this, I'm not quite sure is, "oh we have a better offer" all of a sudden is a valid reason."

They also allege they and their children suffered emotional distress after not being able to buy their dream home.

"There's a fair amount of economic uncertainty, particularly in Western New York, Upstate New York, I'd say you've got a signed contract, you should abide by it. Contract is king," Schmidt said.

The Cercones are trying to stop the sale to White. They are also seeking damages.

You can read the full motion here: