Hundreds showed for a chicken dinner, basket raffle and live music to remember Brennan Moody, who died, and Sean Weis, who was severely injured. 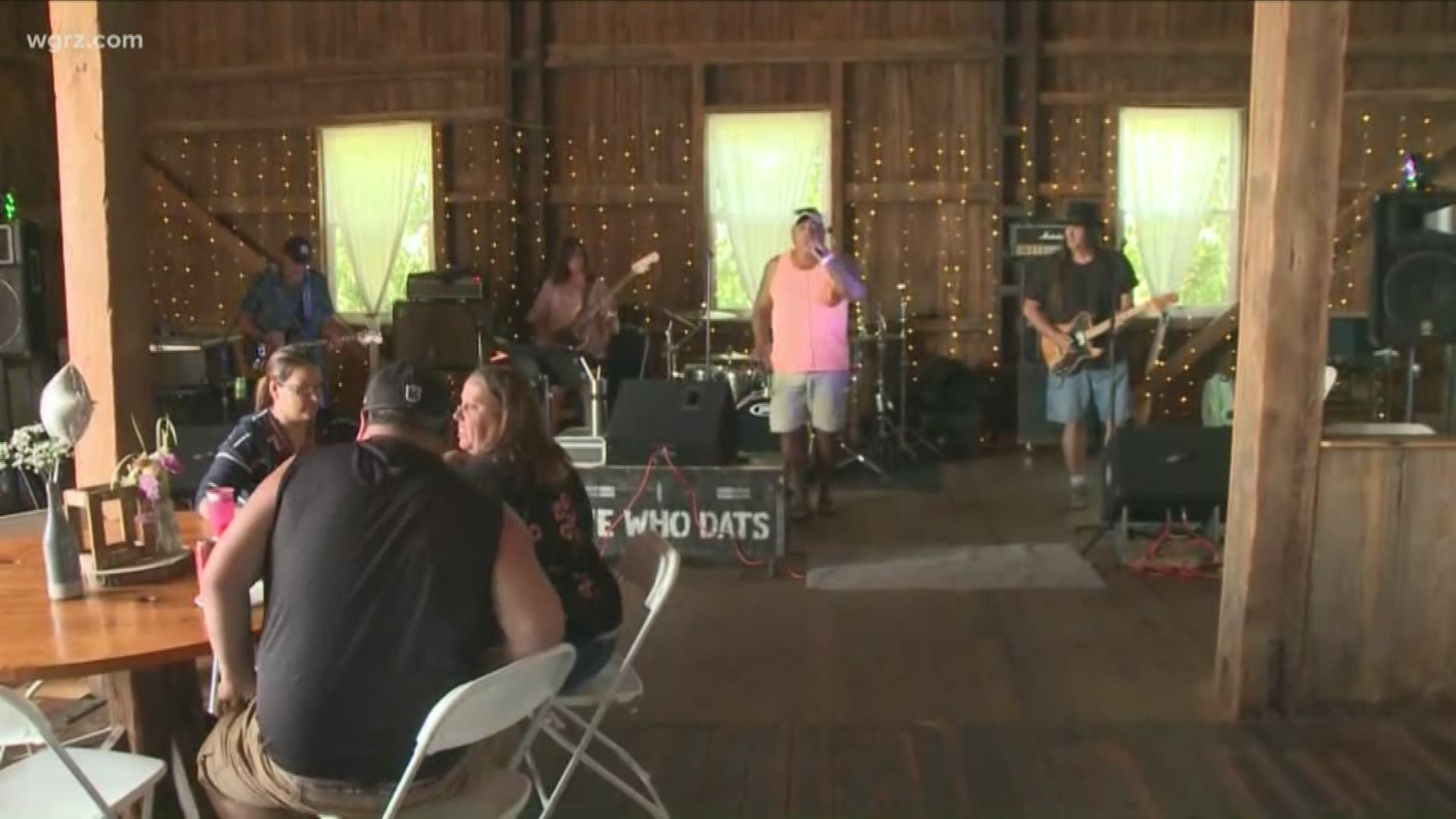 ALBION, N.Y. — The Albion community wrapped their arms around two families after a tragic car accident this summer.

Albion is small, tight-knit community that was rocked by the accident. Albion High School student Brennan Moody was killed in the crash, and passenger Sean Weis was severely injured.

A chicken barbecue benefit was held at The Gallagher in Medina on Sunday afternoon to support the families.

Hundreds of people came out for a chicken dinner, basket raffle and live music.

"It’s obviously devastating as a parent to lose a child and all of us that are involved can’t even imagine the unbearable unthinkable tragedy that is. We decided that we would get together and do whatever that we could to help the families" organizer Michelle Waters said.

Added friend Dyllan Beach: "The fact that this many people showed up to a benefit like this, some of them you didn’t even know would know him, but it just shows the kind of person he was."

Brennan was killed just days before his high school graduation. Friends and family tell 2 On Your Side that he was a talented performer.

"Outside of his love for performing and singing, he also had a love for technology and computers," Brennan's mother, Rhiannon Moody, said.

The community also banded together to support the families with a T-shirt fundraiser using the hashtag "Albion Strong."

All of the funds raised from the chicken barbecue will be split between the families.

Brennan's family will be using the funds to start a scholarship in his honor at Albion High School.

Sean's family will be using the funds for medical expenses and funding his future.

Community helps family after death, proves it is #AlbionStrong