It will help doctors, other testing labs, and manufacturers of testing materials learn more about the virus. 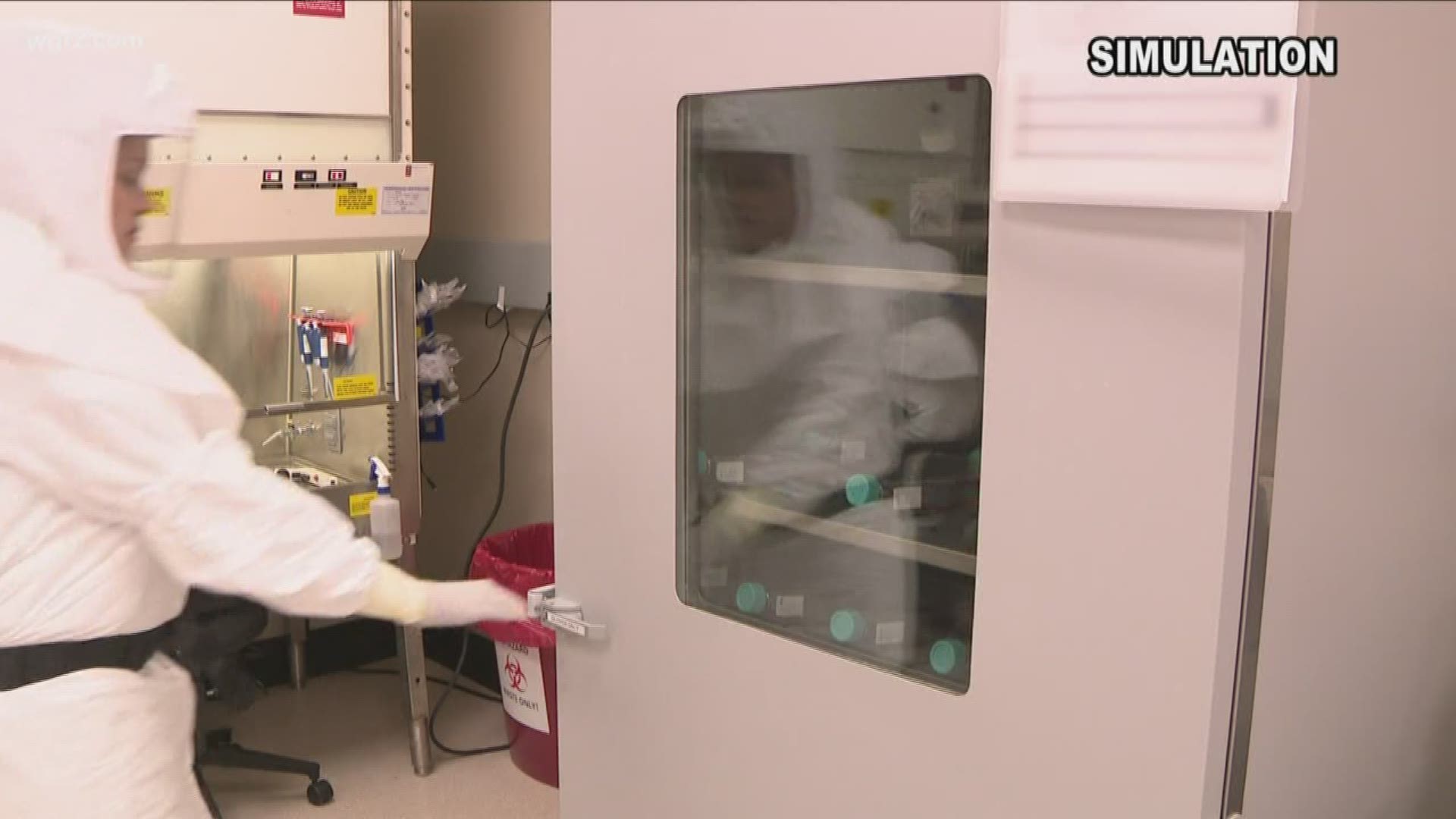 BUFFALO, N.Y. — A Buffalo company now has samples of the coronavirus that causes the highly infectious COVID-19 illness.

It will be processed into a safe "in-activated" form for eventual distribution to producers and researchers focused on diagnostic testing materials. Shawn Smith is president and CEO of Zeptometrix.

"We're a fairly unique entity and part of that has to do with our operational capabilities as well as our technical know-how," Smith said. "So we're not conducting basic research. It's very much applied research leading towards the types of materials and products that diagnostic companies and/or medical technologists use in the course of their work."

The first shipments of that virus will be going out on Tuesday.

They say they're also working with the local science community to try to pull together the reagents needed for more testing. 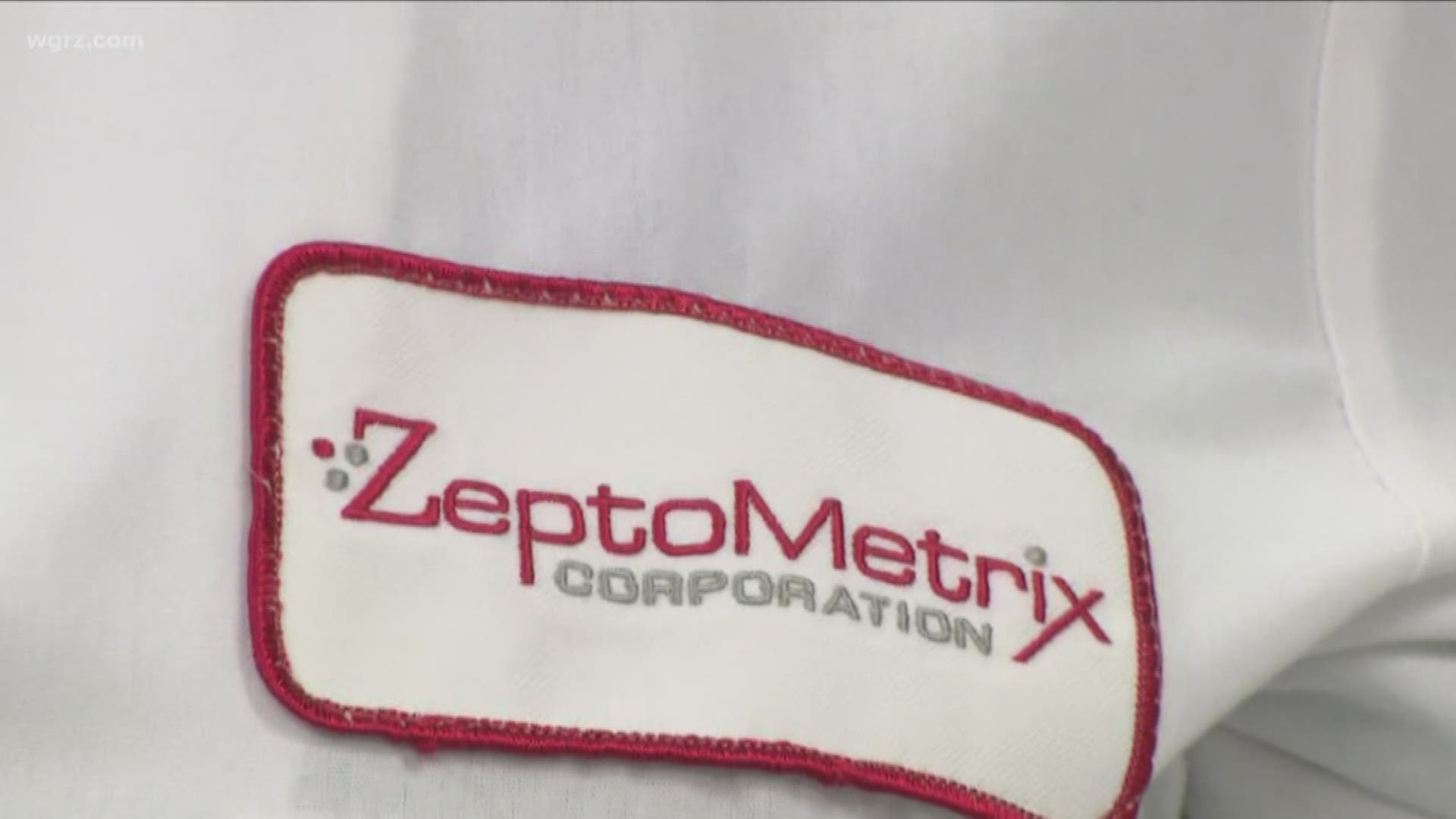 That lab actually has an airlock entrance to prevent anything from leaking out. Lab Manager Tanya Cruz-Morris takes pride in their crucial work.

"It's a privilege to be in a company like this and working at the forefront of science ... to be able to help the global impact that this would have," Cruz-Morris said.

They obtained those samples earlier this week from the federal government.

The Main Street facility was first built back in the 1980's for similar work on the deadly HIV virus.

It will help doctors, other testing labs and manufacturers of testing materials learn more about the virus.

Zeptometrix will now process the virus with both heat and chemical techniques to render it safe for use by diagnostic companies here in the US and around the world. That can help improve the testing process. They hope to start sending the material to customers by the end of the month.

The Rheonix firm located in Ithaca, New York is one of those customers waiting for the.inactivated SARS-CoV-2 material.

The molecular diagnostics company hopes to develop more testing options like its robotic testing station for New York State in a collaboration with Zeptometrix and Catholic Health Systems of Western New York.

Rheonix Senior Vice President Richard Montagna told 2 on Your Side that the federal government is really ramping up production of testing equipment. "It's moving very, very quickly."

Reporter: So you'll  be called upon to produce more of these units, the equipment?

Montagna: "As soon as we get the clearance."

The firm has built up a collection of various inactivated viruses like the one which caused the deadly SARS - Severe Acute Respiratory Syndrome back in 2003. They are used to enhance testing capability and accuracy.

The Zeptometrix Level 3 BioLab was recertified by federal inspectors back in January.

Smith says their proximity to the Buffalo-Niagara Medical Campus allows for greater collaboration with researchers from the University at Buffalo and Roswell Park. They currently have 72 staffers at their Buffalo location with another smaller facility in Massachusetts.

Smith says they are always recruiting qualified people and hope to hire more young scientists who get their education and training in Western New York.

RELATED: Still no confirmed cases of coronavirus in Erie County; 61 in quarantine