With 70 new cases of coronavirus, Erie County total rises to 380

These included the first cases were recorded in the Towns of Colden and Marilla.

ERIE COUNTY, N.Y. — Erie County Executive Mark Poloncarz announced Saturday night via Twitter that there were a total of 70 new cases for the day, and at 8 p.m. the county had updated its map to show 380 cases in total.

Earlier on the day, Erie County Department of Health Commissioner Dr. Gale Burstein announced that in Erie County there were 354 positive cases. Of those, she added that six people have died, 42 people have recovered, and 306 were in isolation.

These new cases included the first ones in the towns of Colden and Marilla. The number of cases in Erie County communities include:

This update comes just a day after Louvienia Henderson, 43, died from complications of COVID-19, also known by novel coronavirus. Henderson was the sixth person to die as a result of contracting the virus in Erie County.

This also comes just after Poloncarz announced that last night two local bars, A.J's Clarence Hollow in Clarence and Swannie House in Buffalo, were shut down for serving customers in their facilities. Under current state executive orders, restaurants and bars should only serve customers through take out and delivery.

“The rules are the rules. There is no onsite consumption,” Poloncarz said in the press conference.

Poloncarz said that flattening the curve could mean only 25 to 30 percent people getting sick rather than 50 percent or greater.

Burstein stated in the news conference that is possible to have COVID-19 without a fever. Common symptoms of the virus are a fever (100.4 degrees or higher), cough, and/or shortness of breath. 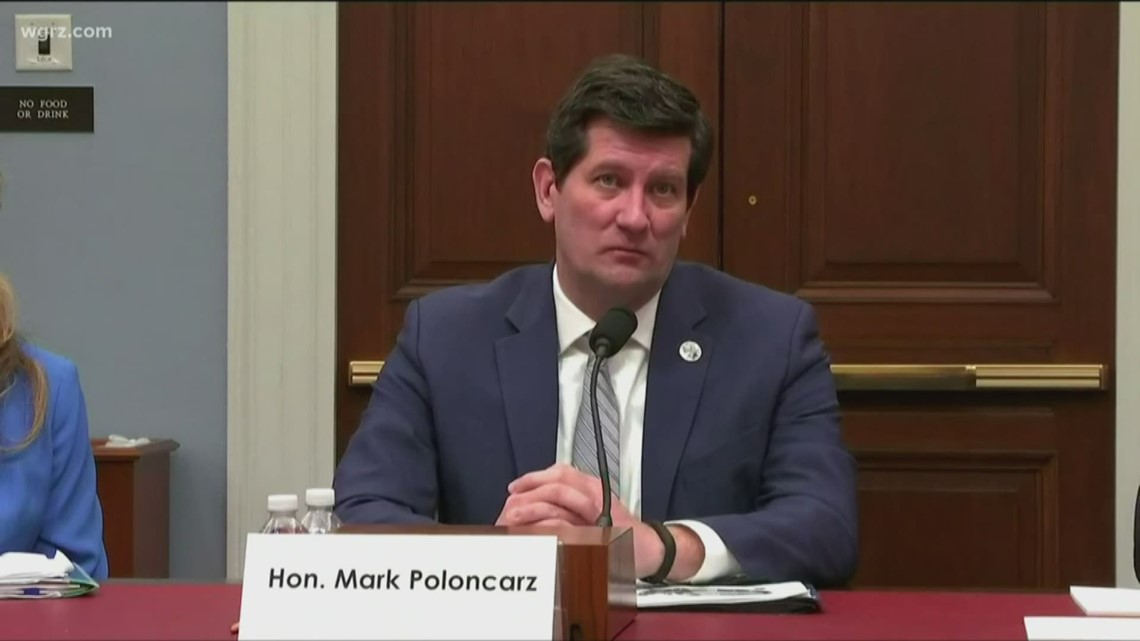 A submitted question asked if face masks should be worn in grocery stores, and Burstein said that they mainly provide a "false sense of security." If you have one, it may reduce the risk but it likely won't completely prevent you from contracting coronavirus.

There is a need for healthcare workers on the front lines of the pandemic and those who want to volunteer can apply here through Roll Up Your Sleeves and ServNY.

Additionally, the county provided a list of essential "retail" businesses that can remain open. Ones not listed should close or remain closed:

Poloncarz stated that individuals should only go to these stores if they absolutely need to buy something.

Poloncarz also announced in the Saturday press conference new restrictions on construction. Construction should only happen in an emergency and companies performing non-emergency construction could face fines or shutdowns issued by local law enforcement, per the governor's orders.

In regards to golf courses, Poloncarz said county courses not open but usually don't open until mid April or May anyway. Other golf courses are being allowed to be open, as long as they follow proper social distancing guidelines, such as spreading out tee times, not touching typically shared equipment, and putting distance between each other.