Attendees said the restrictions infringe on their rights and are costing people their jobs. 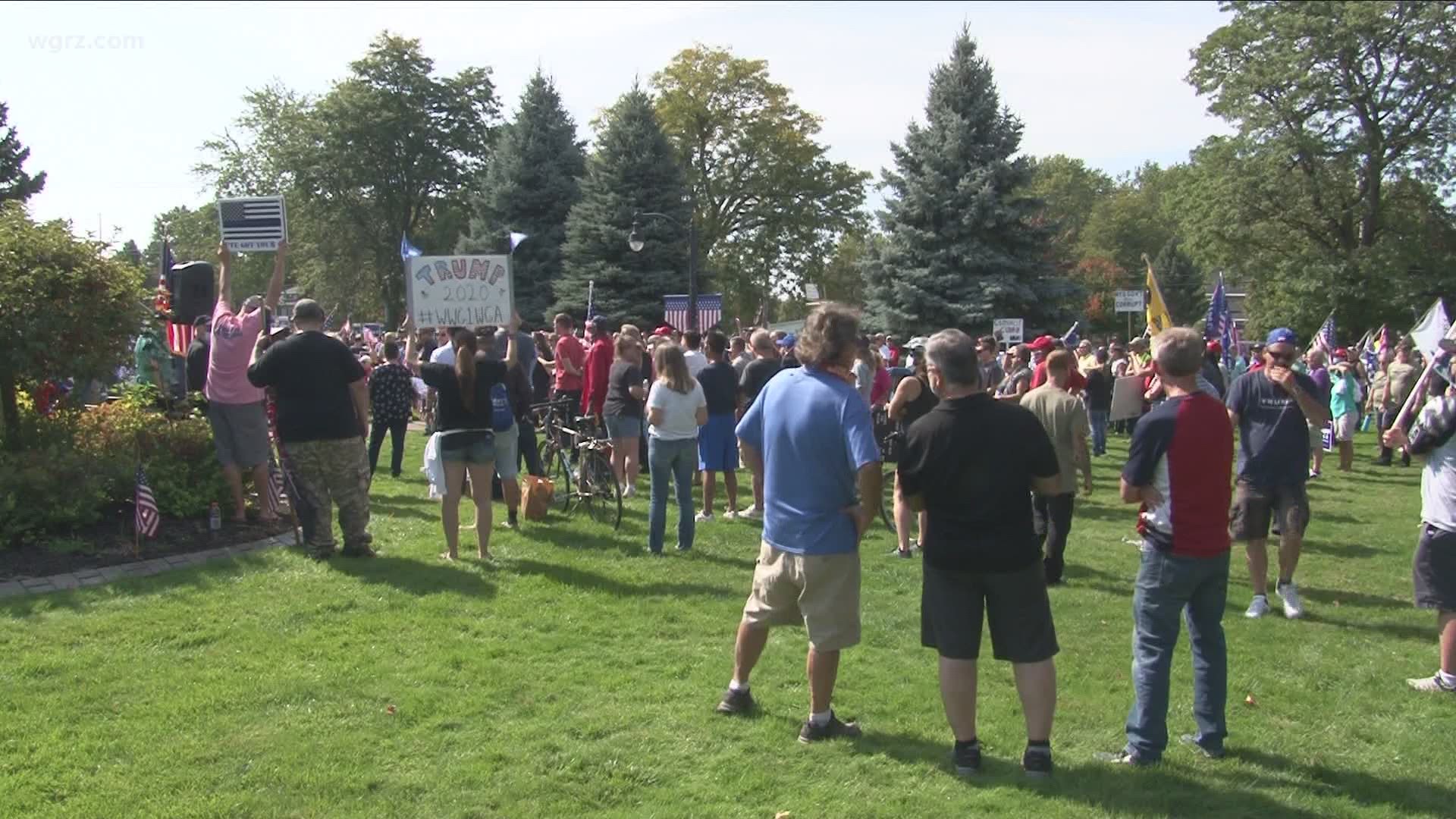 HAMBURG, N.Y. — Driving past Hamburg Town Hall on Saturday, one might have noticed a crowd of more than 100 people.

The group of largely unmasked people were protesting COVID-19 guidelines.

Attendees said that the restrictions infringe on their rights and are costing people their jobs. A Second Amendment group known as the 1791 Society claimed on Facebook and in a news release that it was a co-host of the event.

In a post to the 1791 Society's Facebook group, as well that news release, the rally was referred to as an "Anti-Cuomo Protest." It ran for roughly an hour and a half.

"More people are getting sick locked up in the house, and he's [Cuomo] costing the economy and all these people who work in restaurants and the service industry, he's costing them their jobs, and they don't have any jobs any more, and they're closing everything down," Scott Skinner, a rally attendee, said.

Congressman Chris Jacobs was in attendance at the rally.

Hamburg's Town Supervisor told 2 On Your Side he and police were aware of the event.