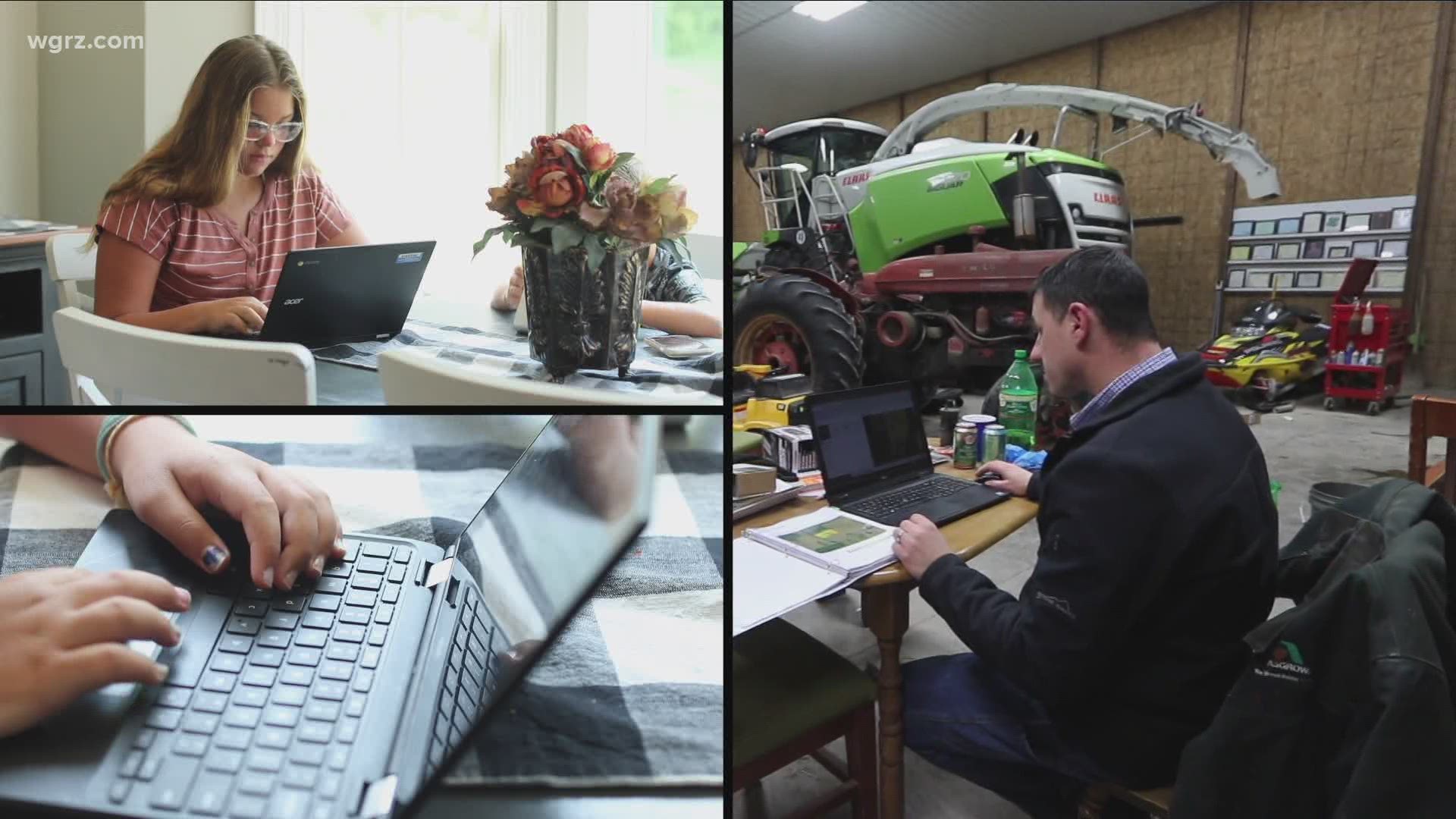 The governor's office did not respond to WGRZ's questions for this story.

"Broadband is a critically important issue right now, particularly in rural upstate New York," said Senator George Borrello (R) on the floor of the state senate in July. "I’m glad that there is finally something being done to address what has only be considered a fiasco when comes to the broadband access projects that are being delayed and cancelled across the state."

Borrello told 2 On Your Side on Monday that he's calling on Governor Cuomo to immediately sign the bill so the Public Service Commission (PSC) can begin its audit of broadband availability.

"We need a better, more accurate assessment of where access to broadband truly stands and we need it as soon as possible," Borrello told WGRZ.

The State Senator from the Southern Tier isn't alone in calling on Governor Cuomo to sign the bill as soon as possible.

Senator Tim Kennedy (D), also a co-sponsor of the Senate version of the bill, is also calling on the governor to expedite his signing of the legislation.

In a statement, Senator Kennedy said:

"With more New Yorkers working from home, and more students learning remotely than ever before, the COVID-19 pandemic has underscored what we've known for years: internet access isn't a luxury - it's a necessity. Unfortunately, broadband equity still doesn't exist. This legislation seeks to remedy that by requiring the PSC to thoroughly examine the gaps in affordability and accessibility that persist, and work alongside the public and services providers to prioritize access and identify sustainable, long-term solutions. It's imperative that this legislation, which has passed both the Senate and Assembly, is signed into law immediately."

It wouldn't be unprecedented for the governor to veto this broadband study bill. At the end of 2019, the governor vetoed a bill that called on the PSC to conduct a study on the feasibility and cost for local governments to implement municipal broadband systems. Governor Cuomo cited the cost of those studies and the budget hits local governments would take, in addition to the accomplishments with the NYS Broadband Program, as reasons to veto that bill.

It's unknown what this broadband study would cost. The Public Service Commission wouldn't provide any details to 2 On Your Side, stating the agency "doesn't comment on pending legislation."

Remember the #broadband study bill that the NYS Assembly and Senate passed in July?

It remains unsigned by @NYGovCuomo.

I'm looking into what the hold up is, and will bring you the story at 6pm on @wgrz pic.twitter.com/7czmYlidwL

Lawmakers and stakeholders are optimistic that this broadband study would determine who has adequate access in New York and who doesn't. New York State officials have repeatedly proclaimed that the state is nearly covered with access.

"I don't know the exact percentage, it's 95, or 98 percent of the state now has high-speed broadband," said Lt. Governor Kathy Hochul on July 8.

Assemblyman Sean Ryan (D), who co-sponsored the bill in the assembly, said he didn't believe anything nefarious was going on expects that the governor will sign the bill when he calls for it.

In a statement, Ryan said:

"The Comprehensive Broadband Connectivity Act will help to identify areas in New York State that are underserved by current levels of broadband access. With more and more families working and learning from home it's important for everyone to have access to reliable broadband, and once signed, this bill will allow us to look at current services available and take steps to address areas that may be underserved."

Multiple sources within the legislature tell 2 On Your Side that the broadband bill isn't the only high profile piece of legislation that hasn't been signed and the pace in which the governor has been signing bills has been "curious."