Cuomo: 'It's time to reopen and reimagine' 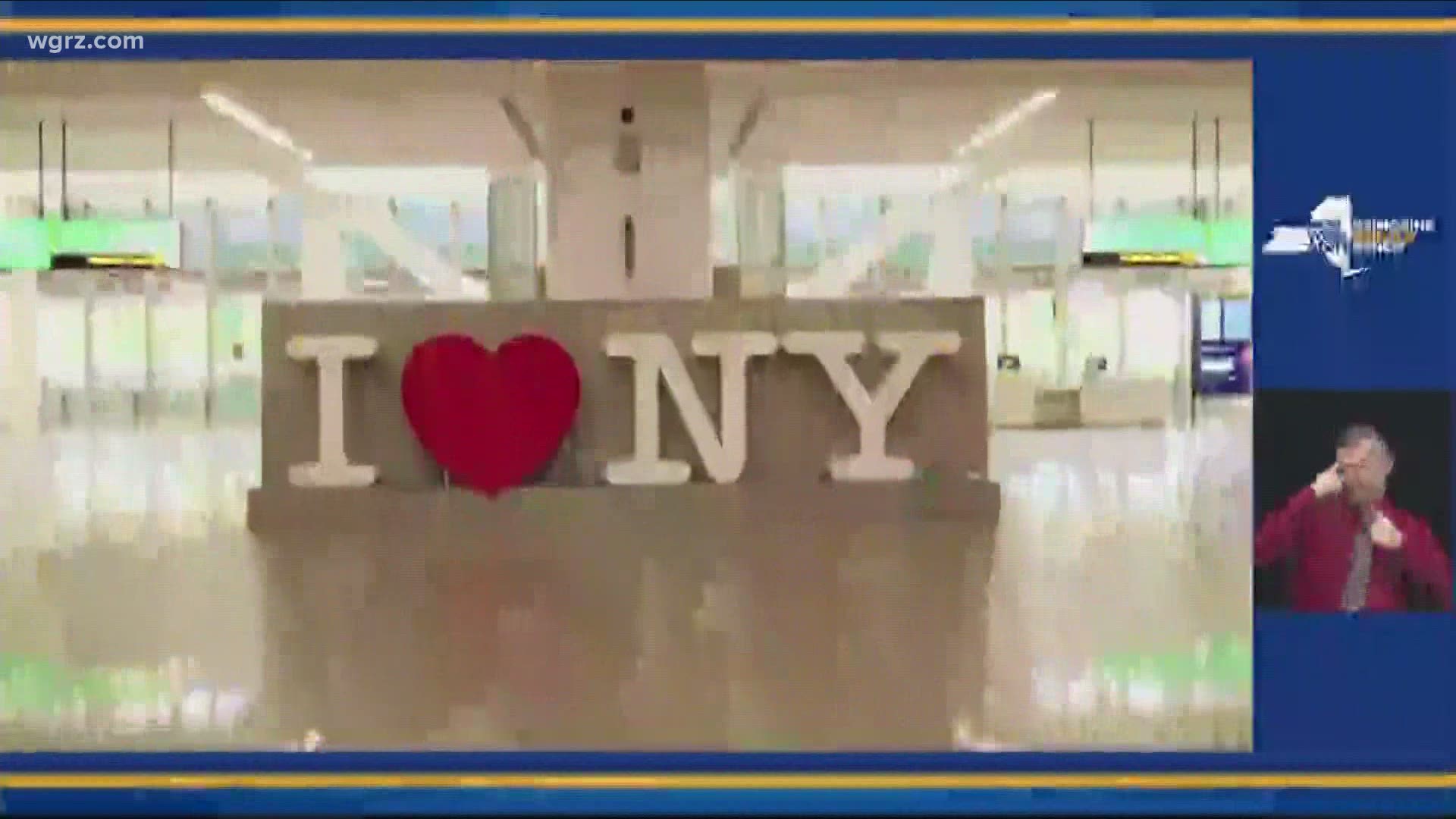 NEW YORK — "It's time to re-enter society, it's time to reopen, it's time to re-imagine and there's no place better to do that than New York."  Those words from Governor Andrew Cuomo Wednesday encouraging domestic and international tourists to return to New York saying the state 'has it all.'

As an incentive to come to New York, the governor announced the state currently has the lowest weekly COVID-19 positivity rate in the nation at 0.64%. Cuomo also unveiled the first phase of an international tourism ad campaign: 'Come Be A Part Of It,' under the banner of the 'I Love NY' campaign.

"New York's tourism industry has struggled for more than a year, but as we begin to turn the page on COVID we have a unique opportunity to build something that never existed before and lead the globe in the post-COVID world," Governor Cuomo said.

"We want the world to know that New York is back and better than ever, and this new global campaign will help to spark the revitalization of our tourism industry by reminding travelers that there is nowhere else in the world like New York State - and we want them to come see it all for themselves."

Also Wednesday, the names of the first 10 winners of the state's 'Get a Shot to Make Your Future' scholarship raffle were unveiled. WNY had two winners, both from the Rochester area, who will get a full four-year scholarship, including room and board, to any state college or university in New York, valued at approximately $100,000.

The raffle targets those ages 12-17. Ten winners will be announced each week through July 7.

Overall, over 19 million COVID-19 doses have been administered statewide so far.