The state has conducted over 6 million tests since the start of the pandemic. 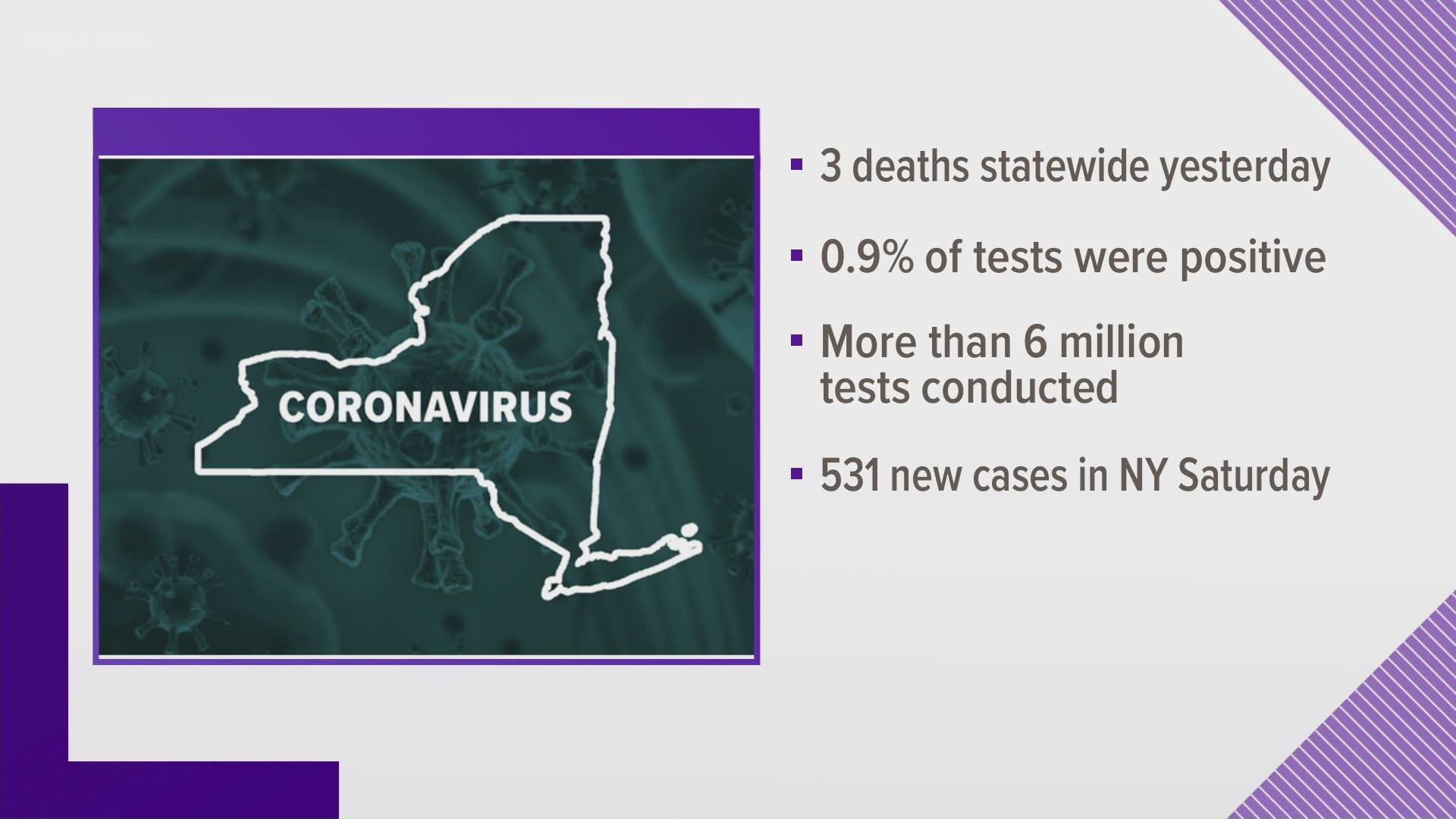 Three people died statewide on Saturday from coronavirus. The state saw its lowest three-day rolling average, four deaths, since mid-March. Over the course of the pandemic, 25,170 New Yorkers have died from the virus.

Hospitalizations dropped on Saturday to 556, the lowest it has been since March 17. There were 74 patients admitted that day, and 143 people in an ICU. Of the people in an ICU, 71 needed an airway assist/intubation. Eighty-eight people were discharged from the hospital.

Additionally, 58,961 people were tested on Saturday, and of those tests 531 came back positive. This means that there was a 0.9 percent positive test rate for that day, and that the statewide total of positive tests is now 416,298.

"Context is important, and there are storm clouds on the horizon in the form of new cases throughout the country and a lack of compliance here in the state, and I urge New Yorkers to stay New York Smart and local governments to properly enforce state guidance," Cuomo said.