A Medina man with breast cancer shares his story

The breast cancer survivor says other men need to get themselves checked. 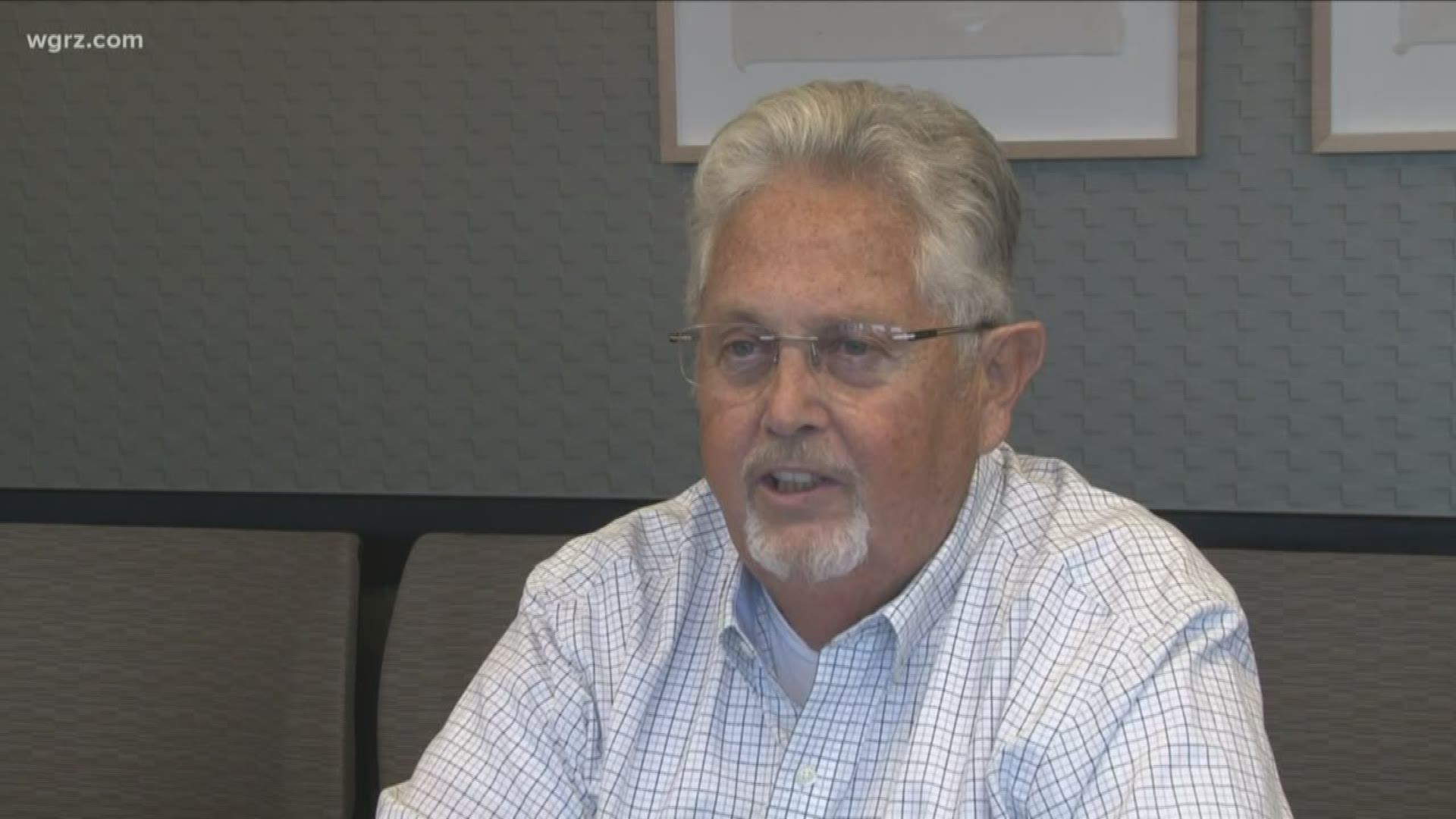 BUFFALO, N.Y. — A small abnormality led to a life-changing diagnosis for Owen Toale.

"My wife, fortunately, looked at me one day as I was coming out of the shower and said, 'You've got an inverted nipple, and you should really get that checked out," he told 2 On Your Side.

After an initial doctor's appointment, Toale was referred to a specialist. That's when he received the news that would change his life.

"The gentleman reading the mammograms called me in and said, 'I believe you have breast cancer.' "

That appointment was eight years ago. Toale told 2 on Your Side that he wasn't aware men could get breast cancer at the time.

"Shook me quite a bit because at the time. It was like, 'Men get breast cancer?' I was kind of surprised," Toale said.

It can happen, but the cases are rare, especially compared to women. Dr. Tracey O'Connor is a professor of oncology at Roswell Park said despite the numbers, men should still be aware.

"In males in the United States, there are about 2,500 cases of breast cancer every year, comparing that to the number of cases in women, we still have about 26,000."

Men especially need to look for symptoms like hard lumps beneath the nipple, thickening breast tissue and bloody discharge from the nipple. A healthy lifestyle is also important.

"Maintaining healthy body weight, being physically active, eating a healthful diet. getting all the recommended screenings. Those are things that are all important."

It's advice Owen has followed religiously since his diagnosis. His cancer has since spread to his lungs, but he's still hopeful and wants other men to learn from his example.

"If you pay attention to your body, be aware of the situation, I mean they talk about self-examinations and mammograms and everything else and if you're not doing that you should be."