Lockport native advances to next round on 'The Voice'

Joshua Vacanti went head-to-head with his teammate Keilah Grace in the Battle Rounds and won! 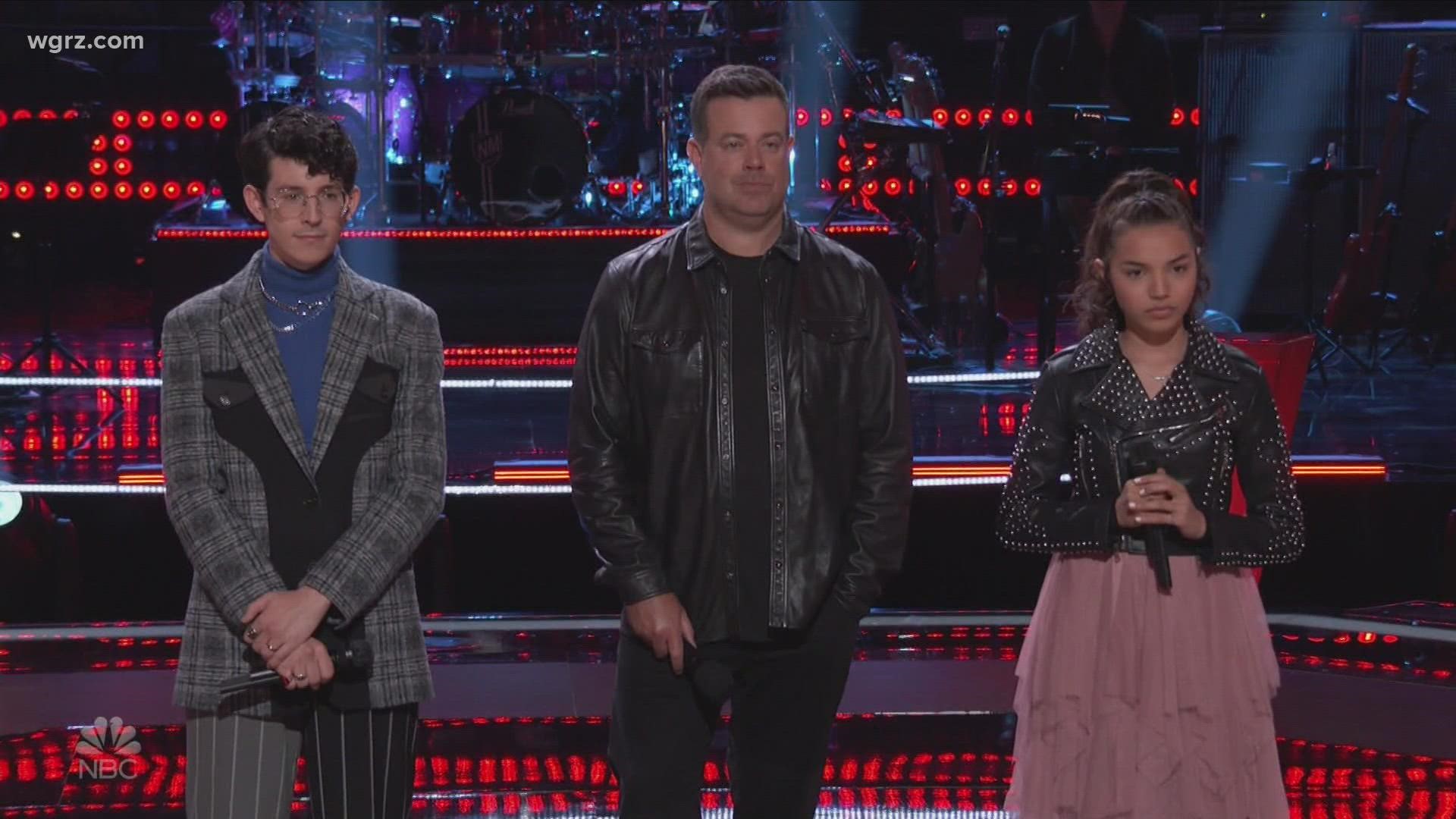 LOCKPORT, N.Y. — Western New York's contestant on NBC's "The Voice" is making a name for himself and moving on in the competition.

Following the electric performance, judges Kelly Clarkson and Blake Shelton recommended to coach John Legend that Vacanti move on to the Knockout Rounds. Judge Ariana Grande voted the opposite and said that Grace should be moving forward. In the end, the decision came down to Legend and he decided to advance Vacanti in the competition.

In a long post on Instagram after the show, Vacanti thanked his coach and battle mentor, singer Camila Cabello, his friends and family. He also sent a message to his competitor saying, "So proud, honored + privileged to have had the chance to collaborate with you, Keilah!! God has so much GOOD 4 U!!! I can’t explain how blessed I was to have crossed paths with you on this journey! Forever rooting for you!! Sending you love!!!"

You can watch Vacanti's full Battle Round performance below:

While the show was airing, Legend took to Twitter to commend the singers on his team. He wrote, "@joshuavacanti @keilahgrace_ Yes to all of this! Incredible job you two! #TeamLegend #VoiceBattles"

Vacanti had the hometown crowd watching here in WNY on the big screen. The Transit Drive-In aired the episode on one of its big screens Monday night.

Tonight @TransitDriveIn there will be a unique viewing experience. One one screen the #Bills #Titans game will be on and on another screen @NBCTheVoice will be on, as Joshua Vacanti, who's from Lockport takes the stage in the battle rounds. @WGRZ #MNF pic.twitter.com/QBlQjCZOUc

Also competing Monday night for Team Legend was Rochester-area singer Jack Rogan. He went head-to-head in the Battle Rounds against teammate Sabrina Dias. They sang Taylor Swift's "Cardigan." After the performance, judges Kelly Clarkson, Blake Shelton recommended judge John Legend pick Dias to move on. In the end, Legend went with Dias, which means that Rogan's time on "The Voice" is over.

On Instagram after the show, Rogan posted a word of thanks for his fans and followers. He ended the post by saying "This experience will forever be something I look back on and smile thanks to the friendships I made during my time @nbcthevoice that are lifelong and so authentic.
This won’t be the last you see of me!!"

You can watch Rogan's full performance below.

There is one more episode of Battle Rounds before the Knockouts. You can watch that Tuesday night on WGRZ starting at 8 p.m.