WNY native made it on 'The Voice,' now part of Team Legend

Joshua Vacanti is from Lockport and he's been promoting that he auditioned but 2 On Your Side didn't know until Wednesday night that he is now part of Team Legend. 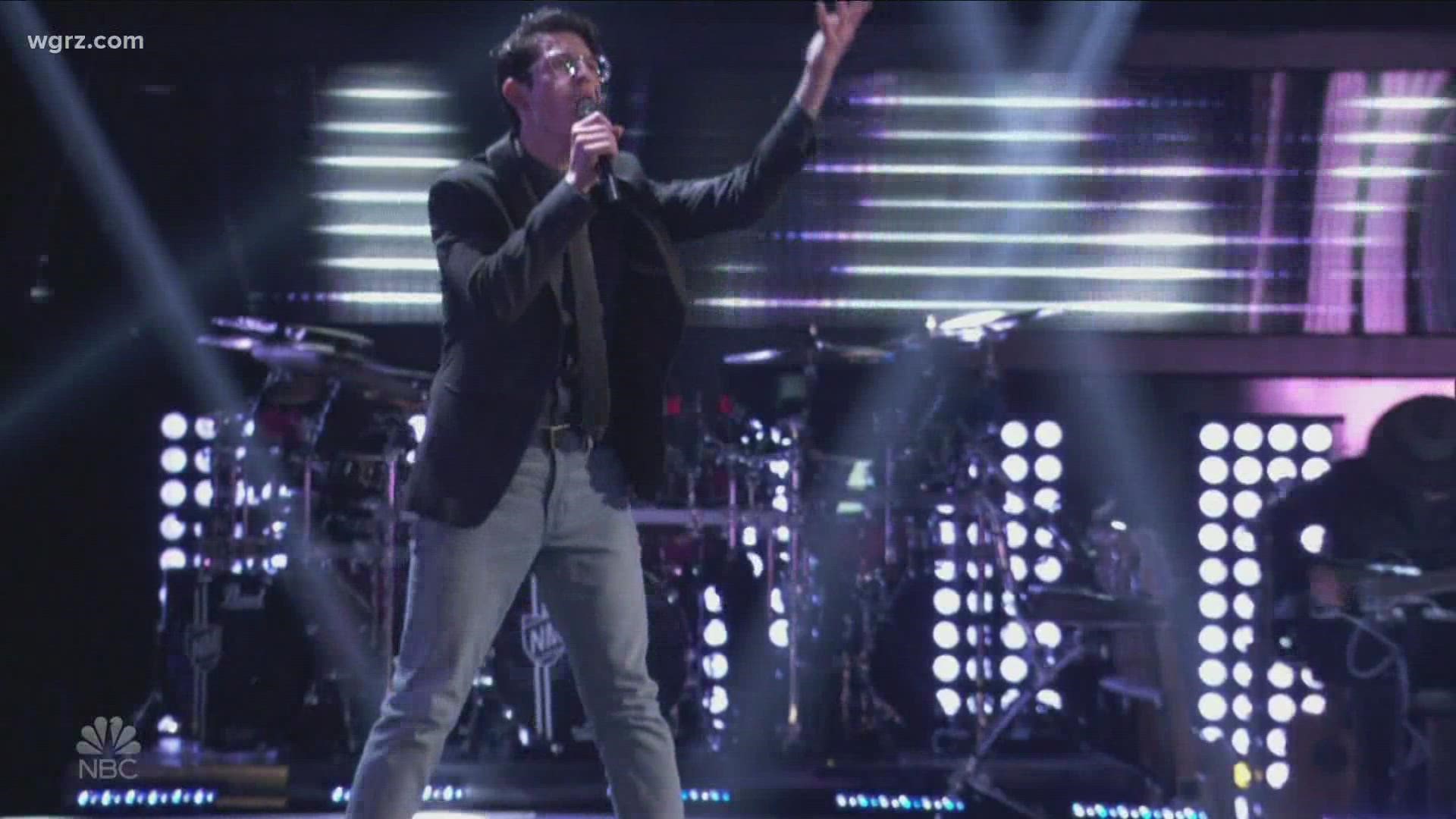 LOS ANGELES — Lockport's Joshua Vacanti is a worship singer, but he went with a Disney song for his blind audition on NBC's "The Voice," and will now be moving on in the competition as a member of Team Legend.

Vacanti made his stage presence known with a fiery rendition of "Into the Unknown" from "Frozen II." John Legend was the first judge to turn his chair around. He then promptly blocked new judge Ariana Grande, a known Broadway fan, in the process.

"I'm the father of a 5-year-old and a 3-year-old, so I'm very familiar with that song," Legend told Vacanti, a 2016 graduate of Buffalo State College's music program. "It's not an easy song to sing. The fact that you have the range, the confidence, the chutzpah I was like, I want to work with this person."

"I wish we could sit here all day and talk about our favorite musicals and sing them together," Grande told Vacanti after Legend blocked her. "Either way, I am so grateful that you're going to be on this show."

We here at 2 On Your Side also wanted to share this quick message that he sent to us.

"Hi Channel 2, I'm on Team Legend on this season of 'The Voice.' I'm so excited to represent Lockport, NY. Thank you so much for all your support and be sure to keep watching the show."

We wish Vacanti all the best as he competes on the show and will learn much more about him as he continues on this exciting journey.

Fan of the voice? Alum Joshua Vacanti '16 will be auditioning on the hit TV show, which you can watch tonight! Good luck, Joshua! Photo courtesy of Warner Bros. https://t.co/stimL8qsYc #buffalostate #TheVoice