This November is already on track to be one of the warmest on record for Buffalo. 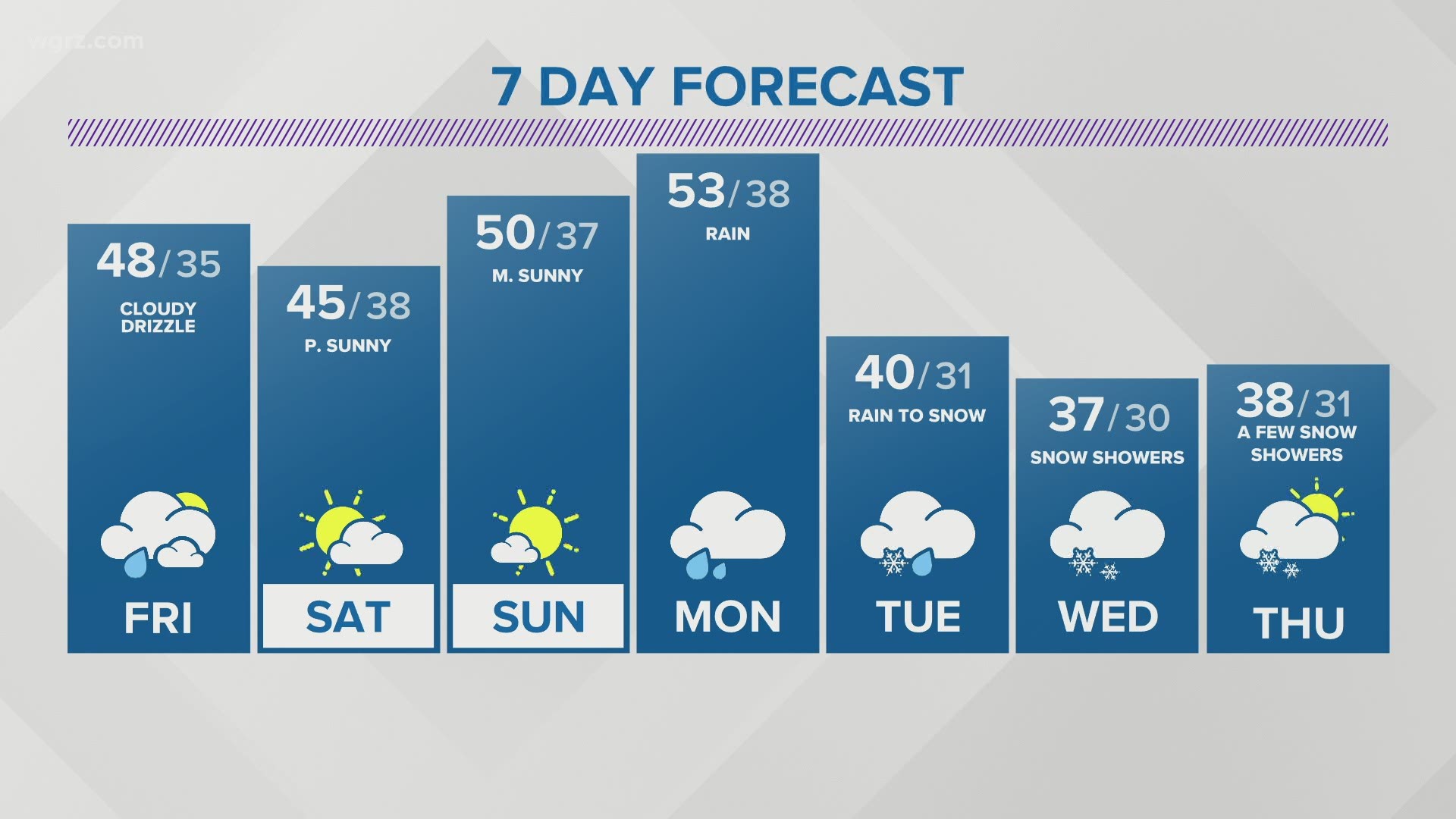 BUFFALO, N.Y. — From a monster lake effect event to temperatures in the upper 60s, here's a breakdown of local weather history around Thanksgiving.

With Thanksgiving falling on the fourth Thursday of November, it's pretty safe to assume that snow could possibly fall on the holiday. And history show's there is a 50/50 chance of that happening!

Of the past 30 years, there have been 16 holidays with a record of snow falling on the day. This includes the last four years as well with a trace being recorded each Thanksgiving since 2016.

The snowiest Thanksgiving on record in Buffalo occurred on November 27, 1952, when 10.3 inches of snow was recorded at the Buffalo Airport. Much of the surrounding towns also picked up between 6 to 10 inches that day.

But other portions of Western New York have received much more snow on Thanksgiving because of our friend, Lake Erie. Two particular events and years are noted by the National Weather Service in Buffalo: 1956 and 2000.

On Thanksgiving Day in 1956, a lake effect snowstorm impacted southern Erie and Wyoming counties and areas down across the Southern Tier. Nearly four feet of snow fell in Springville in southern Erie County! And in true lake effect fashion, only a trace was recorded that Thanksgiving day at the Buffalo Airport.

Temperature-wise, the average low and high temperatures for mid-late November are 31 and 44 degrees.

The warmest Thanksgiving on record occurred back in 1896, when it reached 68 degrees in the late afternoon.

The coldest temperature ever recorded in Buffalo on Thanksgiving Day occurred just two years ago, on November 22 in 2018. A cold snap moved into the Northeast that day and it cooled down all the way to 9 degrees before midnight. And the high temperature that day was only 20 degrees.

As for this year, there's a good chance for rain showers, especially in the morning. It will be breezy too with winds gusting to 35 mph near Lake Erie. High temperatures will be in the low 50s, which is nearly 10 degrees warmer than normal for the date.

And temperatures this November have been exceedingly "warmer than average," starting with a record warm stretch earlier this month. For mid-November, the average temperature for the month so far is a degree higher than the warmest November on record for Buffalo.

That record is 47.9 degrees from the November of 1931. While it's too early to tell if November of 2020 will take the top stop, we can assume this November could place within the top 10 for warmest on record if a major cold snap doesn't take hold for several days near the end of the month.

This is the first of three days in a row where #Buffalo could experience daily record-breaking high temperatures above 70 degrees. #StormTeam2 @WGRZ #nywx pic.twitter.com/JxkTxoPD7K