The Buffalo Bills are set to play the Tennessee Titans Tuesday night. 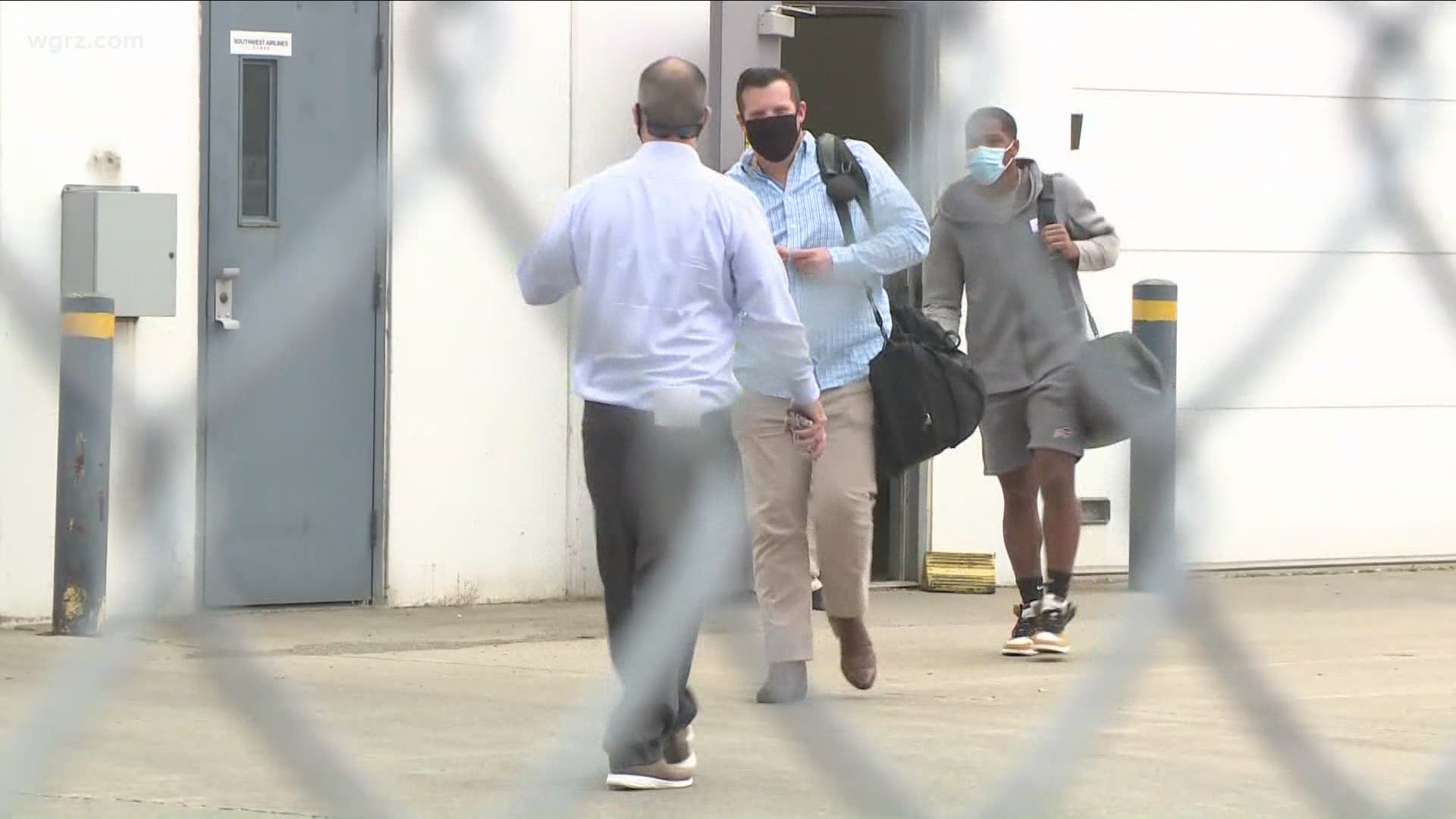 CHEEKTOWAGA, N.Y. — Some Buffalo Bills fans turned up in high spirits Monday night to cheer on the team as they left for Nashville, Tenn.

Some of those fans work for the YMCA right next door to where the team boards the flight. Those fans say you can expect to see more signs from them throughout the season.

One of the fans told 2 On Your Side that even in a pandemic, this year's 4-0 record is getting her really pumped up.

"I have no doubt about it, we're gonna bring it," said Peggy Vaughan. "We're doing fantastic. It is so much fun to watch these guys. I feel like I'm back in the 90's again."

So far, Tuesday night's Bills game is still on after reports that the Tennessee Titans have not had any more positive tests.

The Buffalo Bills’ plane ready to take the team to Tennessee for Tuesday’s game! pic.twitter.com/jROPAa7M1Y