The chairwoman of the Erie County Legislature wants a pact to include minority hiring targets during and after construction, plus programs to assist the poor. 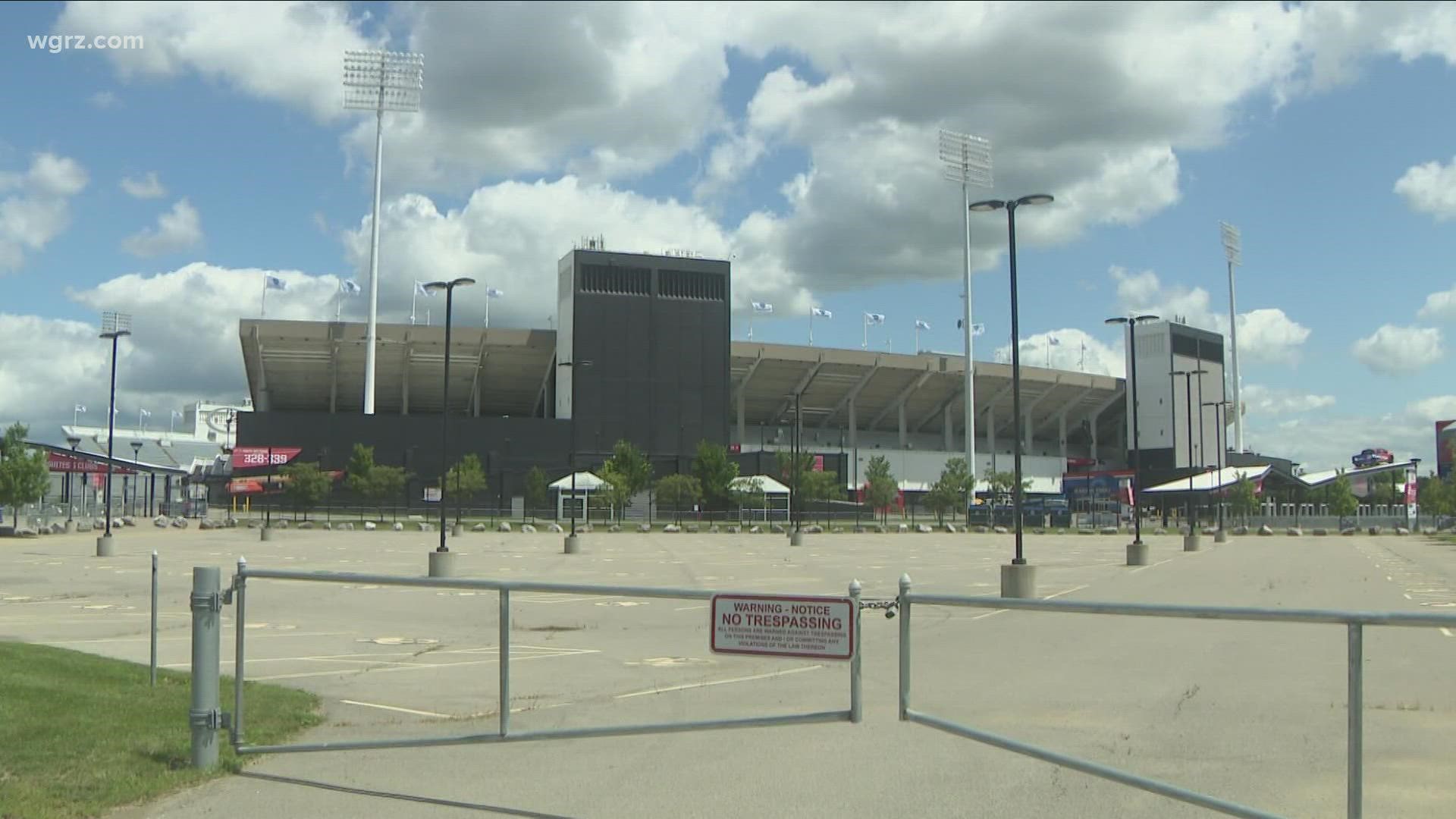 BUFFALO, N.Y. — If the Buffalo Bills organization gets its way, the team will get a new stadium just across its current home in Orchard Park.

If April Baskin gets her way, a new stadium deal will benefit the disadvantaged around Erie County, including the City of Buffalo.

Saturday evening, for the first time, the chairwoman of the Erie County Legislature weighed on on-going talks over a proposed new football stadium. The Bills organization has offered the only cost estimate at $1.4 billion. The team has openly said it expects public money, or tax dollars, to pay for at least some of the cost.

Both Gov. Kathy Hochul and Erie County Executive Mark Poloncarz have been involved with the stadium talks.

Baskin reasons that if state and county are being asked to pay hundreds of millions of dollars for a stadium in one of the county’s more well-to-do suburbs, then the deal should include benefits for the disadvantaged.

“It’s all about making sure that there is a carve-out for this type of investment to truly, truly benefit the masses, not just a select few,” Baskin said Saturday prior to her annual address on the State of her 2nd Legislative District.

In Baskin's speech on the lawn of the Richardson Olmsted Complex, next door to Buffalo State College, she publicly urged for a Community Benefit Agreement in the stadium deal that would, among other things, set targets for minority hiring during construction and after.

Baskin also wants to see the stadium deal to include other benefits for minorities and other disadvantaged groups, such as expanded youth sports programs, more money for affordable housing, and expanded small business assistance programs.

2 On Your Side is informed by Baskin’s staff that advance copies of Saturday's speech were not provided to Hochul or Poloncarz. We did reach out to both of their offices this evening for reaction, but at the time this story was filed neither had replied.