The section of Buffalo once called "the most evil square mile in America." 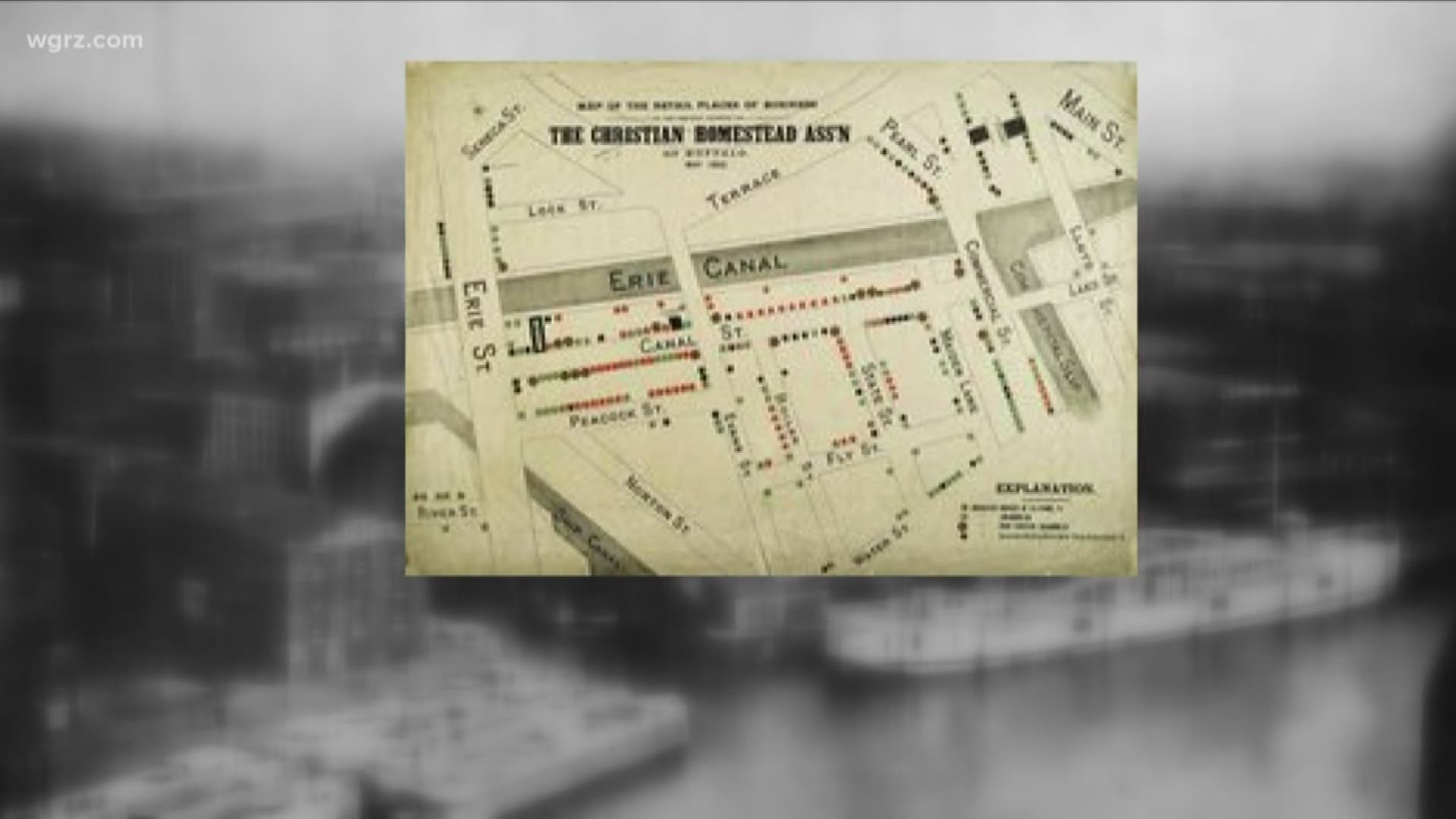 Today Canalside hosts everything from concerts to a kids museum and the history of the district is just as diverse.

"Canalside is basically the place where all the commerce happened," said Mike Vogel, historian and author. "American Express was born, Wells Fargo was born. Pierce Arrow started down there."

Vogel says that while the Central Wharf and the commercial slip built great wealth, other sections of the district built quite a reputation.

"This district, the Canal District in Buffalo had kind of a world-wide reputation among sailors as among the toughest waterfronts in the world," he said.

The spot where Marine Drive is today is where the Erie Canal came into downtown. It was a neighborhood where rough and tumble workers from canal boats would come face to face with their counterparts from the lake ships and they would "recreate." Between the brawls, the crime, killings and other extracurricular activities, the area was once called the most evil square mile in America.

"It was a place that had a lot of vice, a lot of inequity, it was commonly referred to in Buffalo as the infected district," he said.

There was a survey done by the Christian Homestead association in 1893, long after the worst of those days, but still painted quite a picture of what the Canal District was like. They located in this 11 block area, 75 brothels, 109 saloons and 19 concert saloons, which were pretty much a combination of burlesque houses and vaudeville.

And a history that went beyond those canal brawler days, it was called the hooks, after the hooks used by the dock workers. It was also one of the original Italian neighborhoods when Dante Place ran through the present location of the Marine Towers.

RELATED: Planning board to review $26 million in Canalside projects