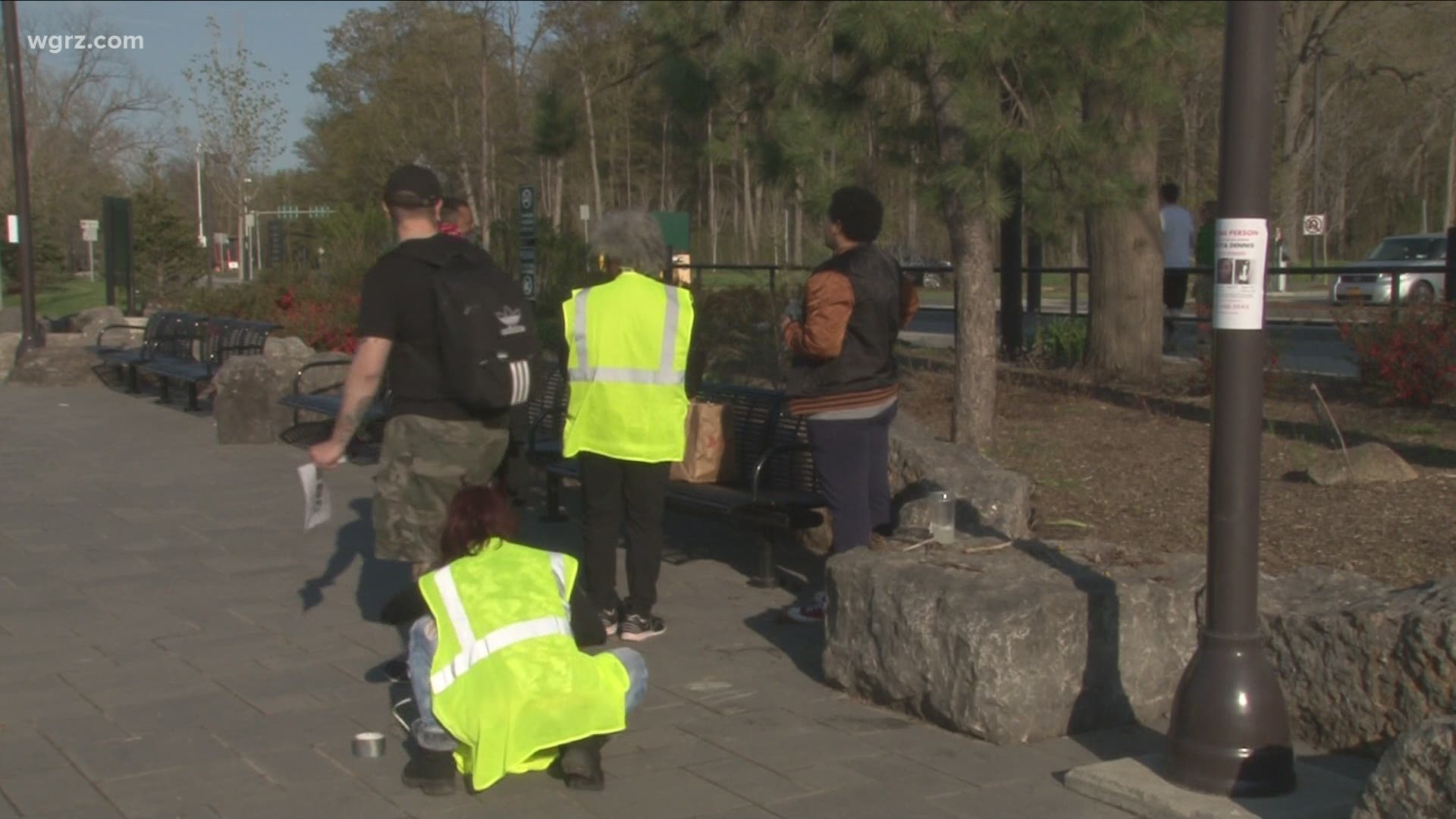 NIAGARA FALLS, N.Y. — Family, friends and complete strangers spent their weekend continuing to search for a missing 19-year-old Buffalo State College student. Saniyya Dennis has been missing for over a week now and her family, who are in town from the Bronx, are still baffled by her disappearance. 2 On Your Side spoke with several people helping with the effort.

An informal small group of searchers were on Goat Island in Niagara Falls State Park again on Sunday. Some were there Saturday as well with her family members looking for any trace or any information on the whereabouts of Sanniya.

Dennis went missing after leaving her dorm room just before midnight on April 24th. Her phone was last pinged on Goat Island. So that's why a group of searchers distributed flyers Saturday and Sunday seeking more information.

Kawiye Jumale told 2 On Your Side: "We are here just to look for any trace of her or any additional information. We are trying to see if we can find any parts of her phone or anything that may have been dropped and anything else that might give us information about where she was last seen."

And Kayla McCall said: "It's heartbreaking and I can't imagine what this family is going through as they search for this child. It must be really hard on them right now."

Police and others have previously searched Goat Island extensively with a bloodhound and another tracking dogs. And a New York State Police helicopter searched from overhead on Saturday.

It's unknown whether searchers have discovered anything. We are told that Buffalo State University police may release an update on their investigation into this particular missing person case sometime on Monday.