Volunteers were at Niagara Falls State Park, searching near Goat Island, the last place police say her phone was pinged. A helicopter assisted in the search. 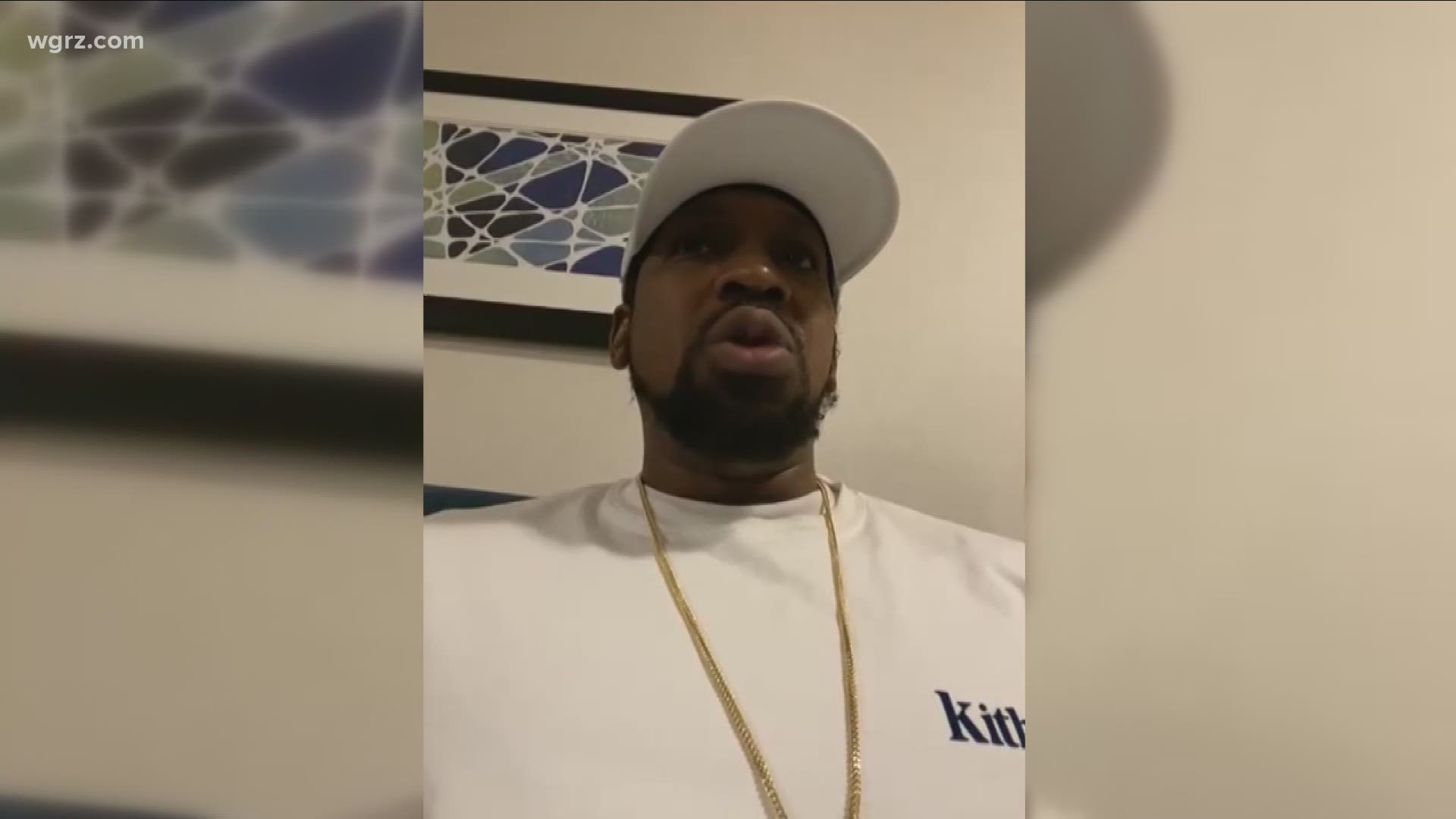 Her father, Calvin Byrd, called the experience of having a missing daughter "a nightmare."

Volunteers, including college students, were at Niagara Falls State Park on Saturday, searching near Goat Island, the last place police say her phone was pinged.

"We combed the whole park, even places where she was nowhere near, putting up flyers," Byrd said. "The dogs came out yesterday, and today they had the helicopter for the search."

Dennis was last seen leaving her dorm room shortly before midnight on April 24. Buffalo State Police say they also have a video of Saniyya at the NFTA's bus terminal downtown, but that clip has not been made public.

Her father does not believe she just disappeared without a trace. He shared his thoughts through Instagram stories earlier Saturday.

"It's day five or six of the search for my daughter, Saniyya Dennis. We're not going to give up," Calvin Byrd said.

He added: "I appreciate anybody that has been reaching out, wanting to help. And like I said, if you've got any tips you know, please reach out. It can be anonymous, please be respectful, please be real, be respectful."

The search for Saniyya Dennis continues. The Buffalo State College student has been missing for one week. Her family wants answers and there is a reward @WGRZ @buffalostate pic.twitter.com/0GhyHfSOKX

During a news conference held Friday afternoon at the Buffalo State campus, Dennis' family members expressed frustration and raised some questions over the speed of the investigation thus far, arguing that more should have been done.

Anyone with information about Saniyya Dennis is encouraged to call the police at (716) 878-6333.