Orchard Park Police say when 39-year-old Mary O'Connell was finally stopped, she was not sure where she was. 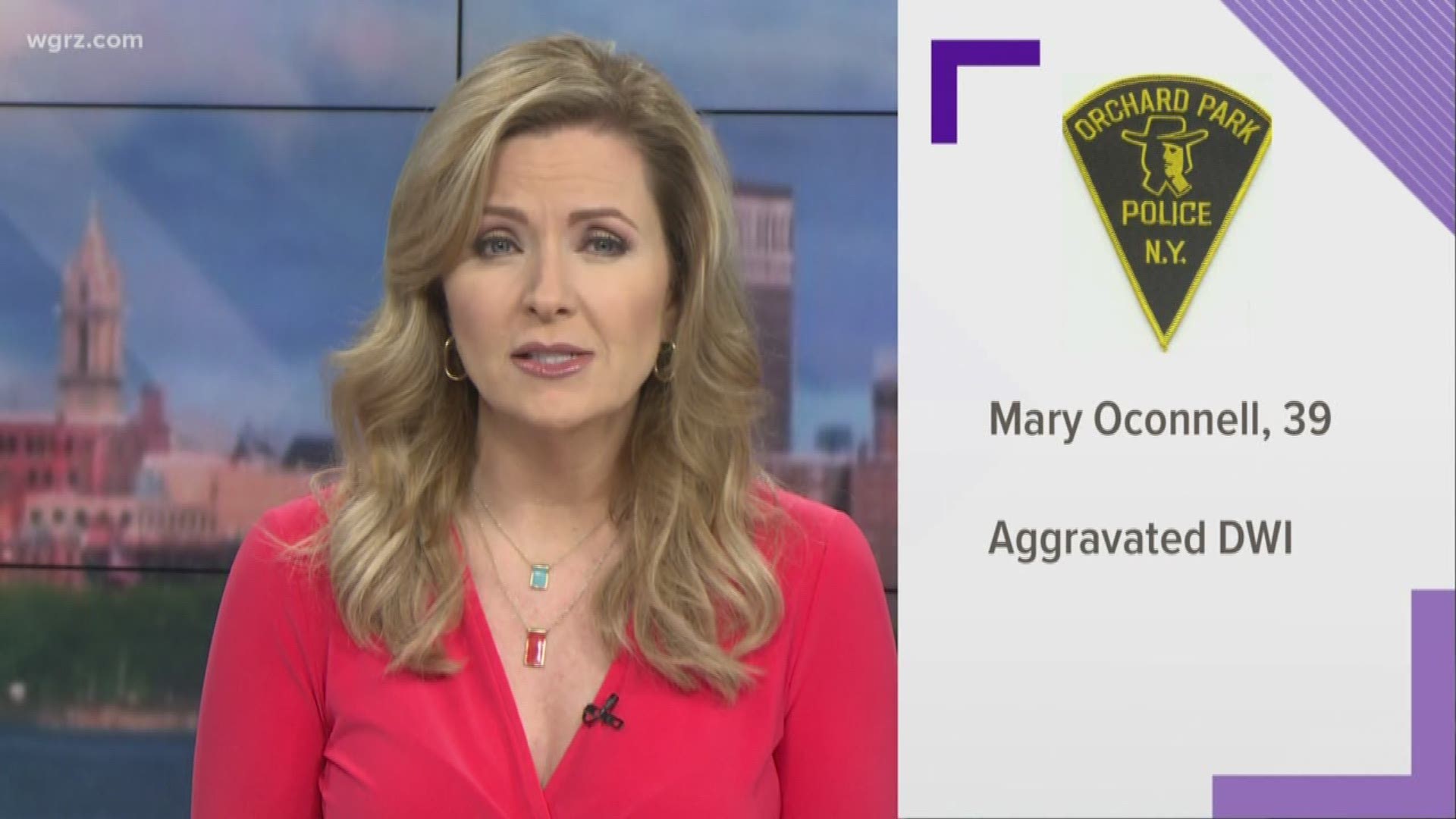 Orchard Park Police say it all started when their dispatch center got a report of a reckless driver heading south on Union Road in West Seneca heading into Orchard Park.

Police say a 2019 red Ford Fusion was speeding and weaving all over the road, going 58 mph in a 40-mph zone, driving in the shoulder of a bike lane and passing a car in the left turn lane.

A police captain, with lights and sirens on, followed the car into the Orchard Fresh Plaza on North Buffalo Rd. where the car came to a stop only when it blew out a tire after hitting a curb.

According to police, the driver, Mary O'Connell, 39, of Buffalo appeared to be visibly intoxicated. She told the captain she was not sure where she was or why she was driving south when she wanted to go north and home to Buffalo. After failing several field sobriety tests, she was arrested for DWI. A mostly empty bottle of Crown Royal was found in her purse according to the report.

A blood alcohol test found that O'Connell was more than four times over the legal limit.

In addition to DWI, she's facing charges of Aggravated DWI, reckless driving, failure to yield to an emergency vehicle and other vehicle and traffic counts.

Orchard Park Police say they've already made 17 DWI arrests in 2020 compared to ten in the same time-period last year. They say the average BAC for those arrested so far this year is .17%, more than double the legal limit.

RELATED: After DWI arrest, Kolb will not seek re-election in November

RELATED: Arrest made in Clarence hit and run from December